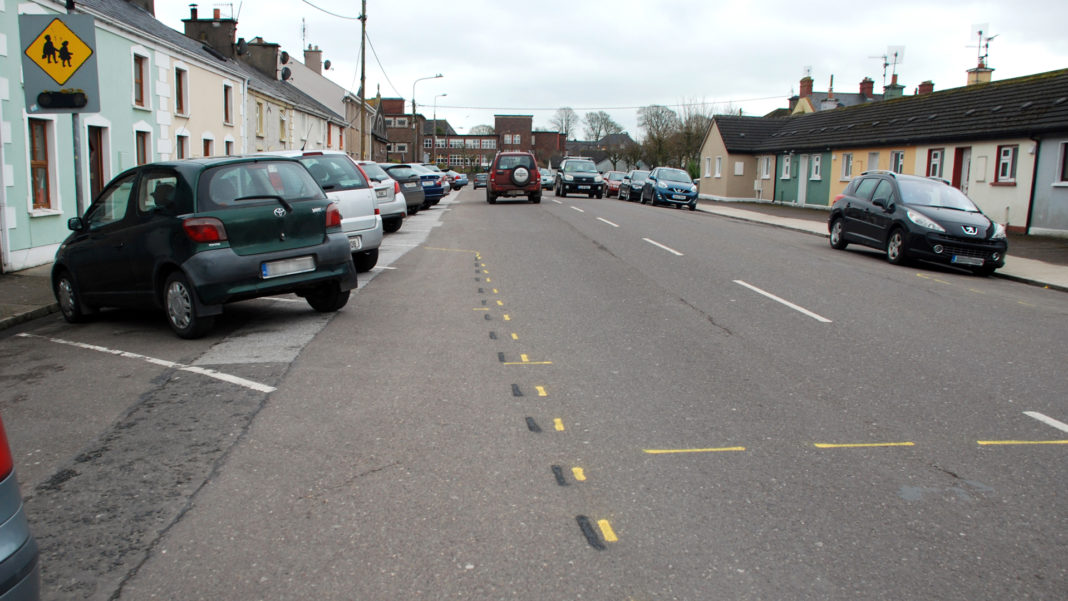 The temporary setting-out marks made on Emmet Street on Tuesday evening last showing the proposed plans for a pedestrian crossing, build-out and loading bay, has caused quite a share of concern for some locals.

Residents and members of the local community in Fermoy came out to make their views known when they saw the markings showing the proposed plans.

Many of the people present on the day were unhappy with the plans and some felt that it would be better to install the pedestrian crossing down by Clancy Street, adjacent to the parochial house which is understood to be unoccupied.

When contacted by The Avondhu, Brendan O’Gorman, senior engineer for Cork County Council said the markings were done for the benefit of residents and for the councillors who be deciding the outcome on Tuesday.