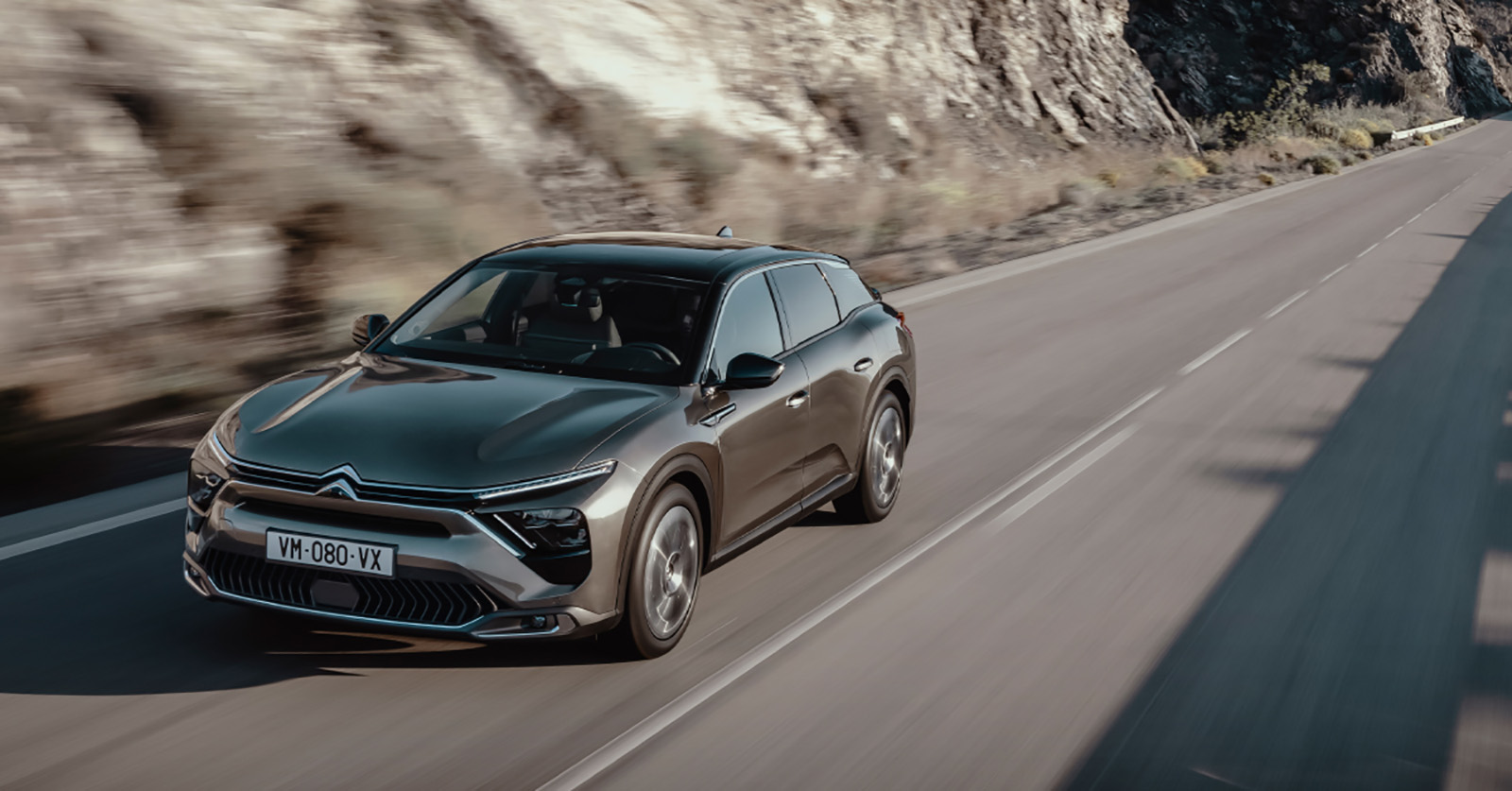 Citroen has re-entered the D-segment with their C5X which could be described as a cross between a saloon, estate and SUV. Yes, many people will struggle to categorise the C5X; it has a bit of height similar to an SUV, but it also has the feel of an Estate or maybe a Shooting Brake look to it.

The French company, who are now back under the Gowan umbrella in Ireland, say that their new car embodies the best of Citroen’s expertise in comfort and well-being. And after a week in this comfortable motor I tend to agree.

Citroen choose an old favourite, Lawlor’s Hotel in Naas for the launch of this classy-looking motor. At the launch Colin Sheridan MD of Citroen Ireland said: “The latest technology and comfort featured on C5X make it an exciting model to introduce to the Irish market. The launch of this model arrives just in time for the 231-registration period with models available for immediate test drive at Citroen dealerships nationwide.”

Externally the car looks very sleek and at 4.8 metres, is fairly long. The design is topped off with 19” Aero-X Diamond Cut Alloys with Onyx black paint and Onyx black aero inserts.

Inside the first thing you notice is the heads-up digital display in the driver’s line of vision. There is so much space for front and back seat passengers. The seats are black but the top of the seats are grey which really brightens up the  interior décor as does the grey roofline.

The uncluttered dash is dominated by a 12” infotainment display. The standard screen size is 10”, while the 12” screen only comes with the Flair model which I drove. The Flair version also has heated front seats and motorised real tailgate. You also get a few touches of wood film and grain on the dash and door panels.

It took me a while to get used to the infotainment screen, I’m a bit old school and still like to touch the screen instead of using voice activation. But maybe I should move with the times as Alexa now understands Irish accents, but I’m not sure about my fading Kerry one!

All my passengers said they found the car really comfortable and relaxing to travel in. The suspension is excellent and the seats have extra padding, making the overall feel of the car relaxing and calming.

It’s available in petrol and Plug-in hybrid. I drove the 1.2-litre Flair version with 130bhp which came in Cumulus Grey, a colour often used by Citroen and Peugeot cars in the past. There will be five other colours available including Amazonite Grey. A 1.6 litre version with 180bhp will be available soon.

The Plug-in Hybrid version features a 1.6-litre engine with an 80kW electric motor. The 13.2kWh battery should allow a driving range of approximately 55km in pure electric mode.

There is ample room for five well-built adults. The boot is massive, but no spare wheel provided. The car locks automatically as you walk from it and opens automatically once the keys are in your pocket or hand bag as you approach.

Prices start at €36,990. Road tax in the petrol version is €210. The Plug-in Hybrid version will cost you €50k. In the past I think it’s fair to say that Citroen didn’t take the Irish market by storm, but this is a really classy motor, which is reasonably priced and it deserves to do well. Have a test drive at one of the 23 Citroen dealerships countrywide. I think you will be impressed.

February 4, 2023 0
The League of Ireland and RTÉ have announced its first live games for broadcast ahead of the 2023 Season with newly promoted Cork City...