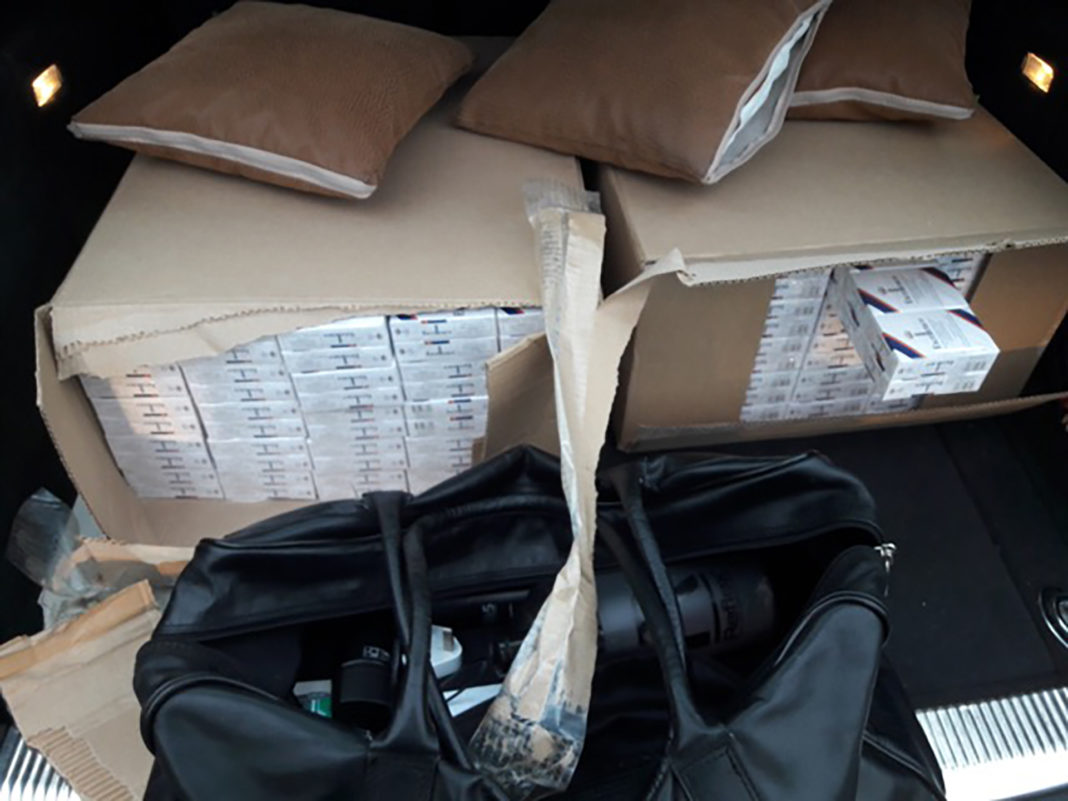 Today (December 12th), Revenue officers, supported by An Garda Síochána, seized 20,000 cigarettes, 1.5kgs of tobacco and the car in which they were transported, when it was stopped and searched near Watergrasshill, Co Cork.

In a follow-up search under warrant conducted at a house in Killarney, Co Kerry, and with the help of detector dog Marley, a further 4.5kgs of tobacco was seized and €2,000 in cash, which is suspected to be the proceeds of, or intended for use in, criminal activity, was detained in accordance with proceeds of crime legislation.

The smuggled cigarettes, branded ‘Excellence’, and the tobacco, branded ‘Flandria’, have a combined retail value of more than €14,000, representing a potential loss to the Exchequer of more than €11,200.

A Croatian man in his 30s and an Irish female in her 40s were questioned and a file is being prepared with a view to prosecution.

The majority of people pay the right amount of tax and duty. If you know someone is evading tax or involved in smuggling, report it. Contact Revenue’s Confidential Freephone 1800 295 295.