The Avondhu Newspaper
Home All Opinions My Own Is going to Mass really so important, if it means you get... 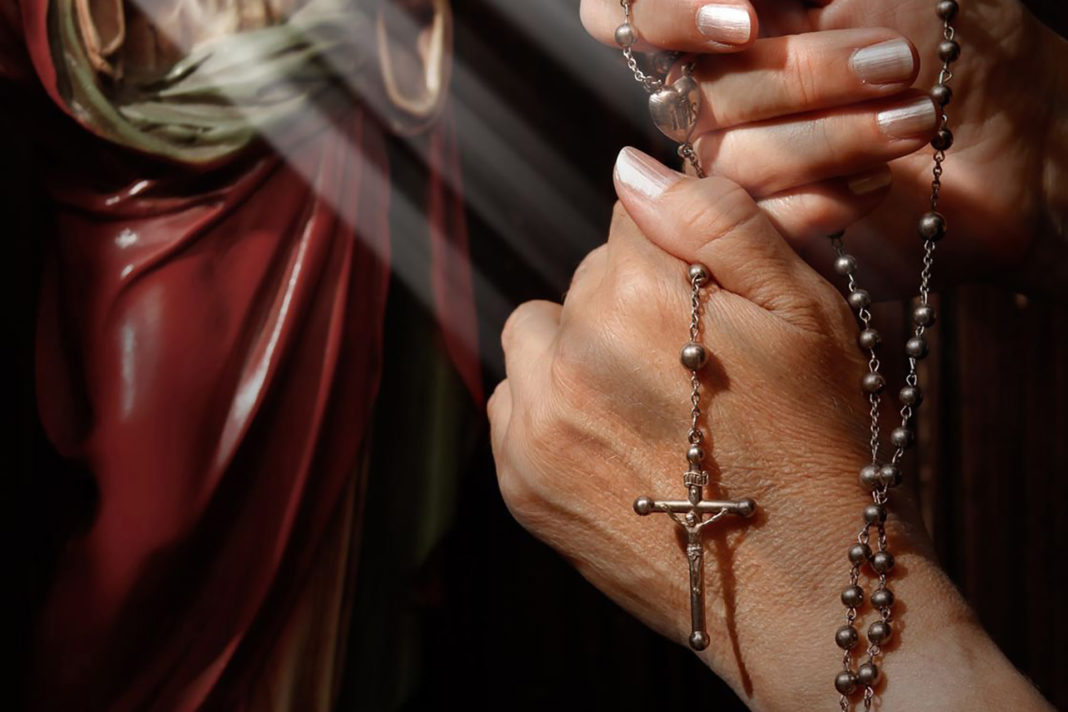 Despite the high-blown rhetoric of some on the Catholic right and the populist fringes of political life, presumably nobody actually wishes to reunite the elderly and the vulnerable with their Heavenly Father earlier than it might suit them or the Good Lord.

Ireland’s four Catholic archbishops let it be known at the weekend that they are unhappy with what they see as Minister for Health Stephen Donnelly’s 'clandestinely' outlawing public Mass and other church services.

In a Sunday Times story by Justine McCarthy, the archbishops said they are seeking legal advice, and are calling for an urgent meeting with Donnelly after he introduced a statutory instrument banning large indoor gatherings. They said they felt the statutory instrument, which they interpret as temporarily banning religious ceremonies with a congregation, other than funerals and weddings, was 'draconian' and a breach of trust.

On RTÉ’s This Week, Health Minister Stephen Donnelly – who in January complained at the lack of mentions he was getting in his department’s Twitter feed, while Ireland was experiencing the most dramatic spike in Covid-19 cases seen anywhere on the planet – denied that the statutory instrument makes attending religious services an offence.

Donnelly, who has had the sort of rehabilitative effect on Simon Harris’ reputation that Donald Trump had on George W Bush, said: “It doesn’t do that. What it does do is it bans large indoor gatherings, and we all know why, because the public health advice says that is a high-risk area.”

One can imagine Their Graces replying tom-ay-toe, tom-ah-to, and they are unlikely to have been mollified by Donnelly’s saying he would be delighted to meet with them.

In the Sunday Times a few week ago, David Quinn of the right-wing Catholic pressure group the Iona Institute, wrote about Father PJ Hughes of Our Lady of Lourdes parish in Co Cavan. Father Hughes had been saying Mass in public, ignoring Covid-19 restrictions, for several weeks, and was refusing to pay a €500 fine, saying he was willing to go to jail.

If Father Hughes persists, wrote Quinn, "and refuses to pay the fine, and goes to prison, he will become the first Catholic priest since penal times to be punished for saying Mass in public. In fact, it will surely be the first time anywhere in Europe since the worst days of Joseph Stalin that a priest will have faced a jail sentence, or even a fine, for such a reason.”

Lockdown has moved some of Ireland’s more habitually upset people to ever-higher flights of hyperbole, and independent Clare TD Michael McNamara – who previously likened the Taoiseach to Oliver Cromwell over Covid-19 restrictions – seems to have been rightly exercised on Saturday night, when he took to Twitter to comment on an article by the Irish Times’ Fintan O’Toole.

In a column entitled “The DUP created this mess but now it belongs to all of us”, O’Toole noted, not unreasonably, that the DUP’s backing of Brexit has had two entirely predictable and catastrophic consequences for unionism: the destabilisation of the United Kingdom, and the destabilisation of the North. O’Toole also correctly stated that a chaotic North is a problem for everyone in Ireland.

It wasn’t immediately obvious that Michael McNamara, a barrister by profession, had actually read O’Toole’s article, but he retweeted it, writing: “Instead of criticising unionism, let’s look at the complete mess we’ve made of Irish nationalism and nationhood. We’re ruled by a junta of medics, just as we were Rome Ruled for 7 decades. The Orthodoxy changes but the crawthumping remains the same.”

Warming to his theme, McNamara, who was last May elected chairperson of the since-concluded Oireachtas Special Committee on Covid-19 Response mainly because Fianna Fáil and Fine Gael didn’t want the gig to go to Sinn Féin’s David Cullinane, added:

“If it wasn’t for Unionism, we’d be like Hoxha’s Albania now. There’d be no way off this island. But there is a beacon. Belfast Airport and Larne are beyond the reach of NPHET, just as surely as the rule of the Archbishop’s palace in Drumcondra didn’t pass the bridge in Portadown.”

Many replies on Twitter suggested that this was probably the first time ever that Larne has been called 'a beacon' of anything, but it’s worth pointing out that when Enver Hoxha died in 1985, his 40-year rule had left Albania the poorest, most isolated, and most socially backward country in Europe, with foreign travel prohibited, and all media controlled by the state.

Albania declared itself the world’s first atheist state, banning the promotion of religion, and outlawing all clerics as reactionaries. All of the country’s 2,169 churches and mosques were demolished or converted.

Thousands of people were executed in forced labour camps for alleged treachery, and – at one point – fully one third of Albania’s population had been interrogated by the state police the Sigurimi, or incarcerated in labour camps.

Perhaps the Quinns and McNamaras of this world are indeed right, and those who survived Hoxha’s Albania – or Stalin’s Russia, or penal times – would immediately recognise their own plight in that of people asked repeatedly and pretty politely to not congregate indoors in large numbers in the midst of a deadly pandemic. Perhaps.

It’s hard not to suspect, though, that underneath all the guff from some of our lockdown libertarians about civil liberties and the sacred right to go to Mass in public, there lurks an unspoken feeling that this whole pandemic thing is all overblown, and sure lookit, the old and the sick are going to die anyway and it’s no worse than a seasonal ’flu and I’m damned if I’ll be inconvenienced.

Stephen Donnelly said on Sunday that government is very conscious that people desperately want to get back to being able to go to Mass, and as soon as public health advice deems it safe, government won’t stand in their way.

Presumably nobody in the Catholic hierarchy – or on the populist fringes of Irish politics and professional reactionary Catholic whingeing – actually wants to see elderly and vulnerable people meeting their Maker a moment sooner than strictly necessary.

With that in mind, is there any chance at all that the perpetually aggrieved rhetoric might be toned down a bit until we are all safely vaccinated and on the other side of the single greatest public health challenge this State has ever faced?

Although asking that probably makes me worse than Judas Iscariot / the Black and Tans / Adolf Hitler and/or Sneaky Snake from Wanderly Wagon.

January 29, 2023 0
The new Nissan Qashqai has been declared the UK’s most reliable car after a survey of 50,000 consumers. The Qashqai emerged as the clear...