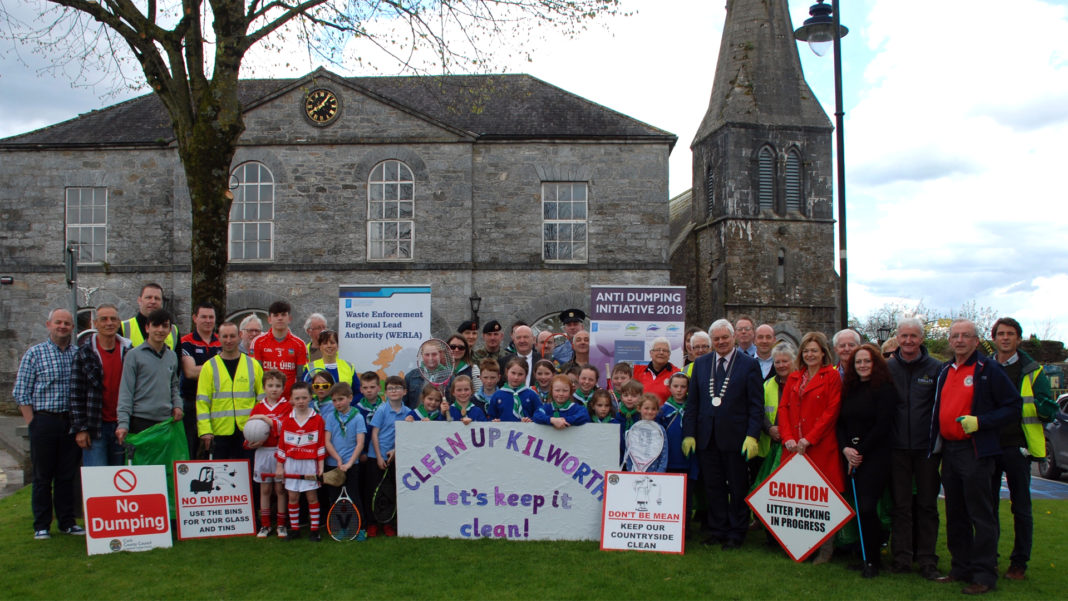 Kilworth is one of the villages in County Cork to benefit from the €100,000 granted to county Cork by Minister Naughton to tackle illegal dumping, litter, dog fouling and graffiti under the Anti-Dumping Initiative.

The project, which was officially launched in Kilworth last Monday evening, is made up of two significant elements.

The first, is a big community clean up day on May 19 where volunteers from the local area will be encouraged to attend and they will be deployed in groups of 5 or so with maps, gloves, litter pickers and rubbish bags and sent to a designated area for their team.

The second strain of the project is a preventative measure. CCTV cameras will be deployed in the Kilworth area and anybody caught dumping or littering will be given a court summons …