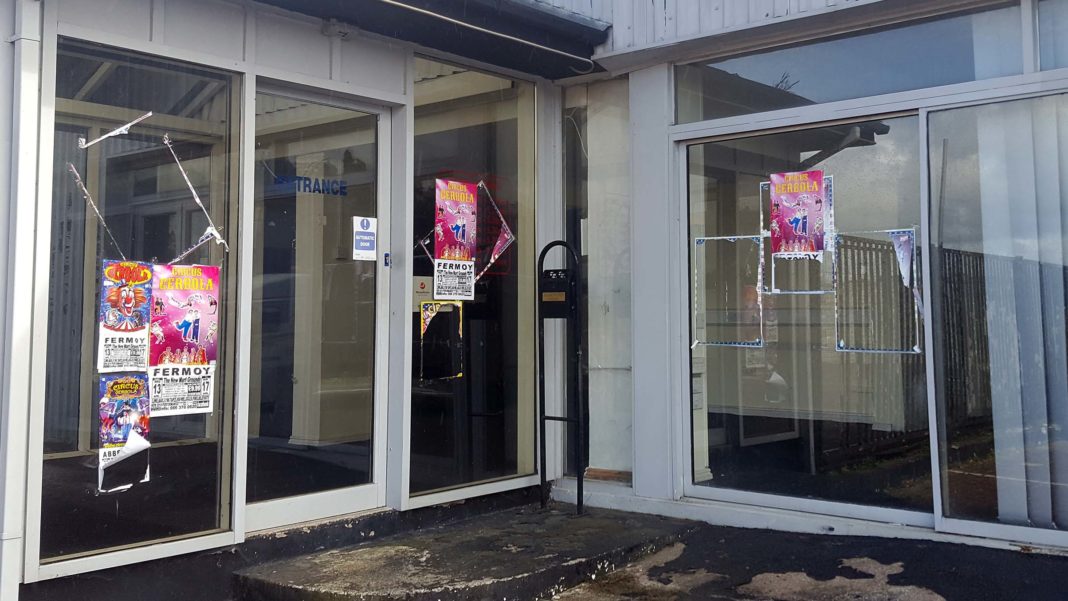 While circuses may be exempt from litter laws governing posters in towns, Fermoy Tidy Towns have expressed distaste at the volume of posters erected and left on vacant private properties around the town by Circus Gerbola, who visited Fermoy last month.

As they are deemed a cultural event under Irish law, circuses are free to erect posters advertising their shows even in towns like Fermoy, which have a long-standing tradition of being ‘poster-free’.

Despite this, PRO Tadhg O’Donovan said this week, they have no right to put their posters on private properties without due permission from the owners.

“They’re plastered all over the town, on vacant properties, and they look terrible.”

“Whatever about putting up posters in public, they’re allowed to do that under the law, but they’ve posted them on private properties too – and which is worse, they’ve ignored their obligation to take them down now.”

The posters advertising the circus, which are still scattered throughout the town, were meant to be removed within seven days of the event finishing, although such action has not occurred. Cork County Council are now in a position to issue fines to Circus Gerbola.

Mr O’Donovan added that Fermoy Tidy Towns will be drawing up notices, highlighting the fact that posters cannot be erected on private property without the permission of their owner, and liaising with the owners of the various vacant properties around Fermoy to publish the notice on these buildings.