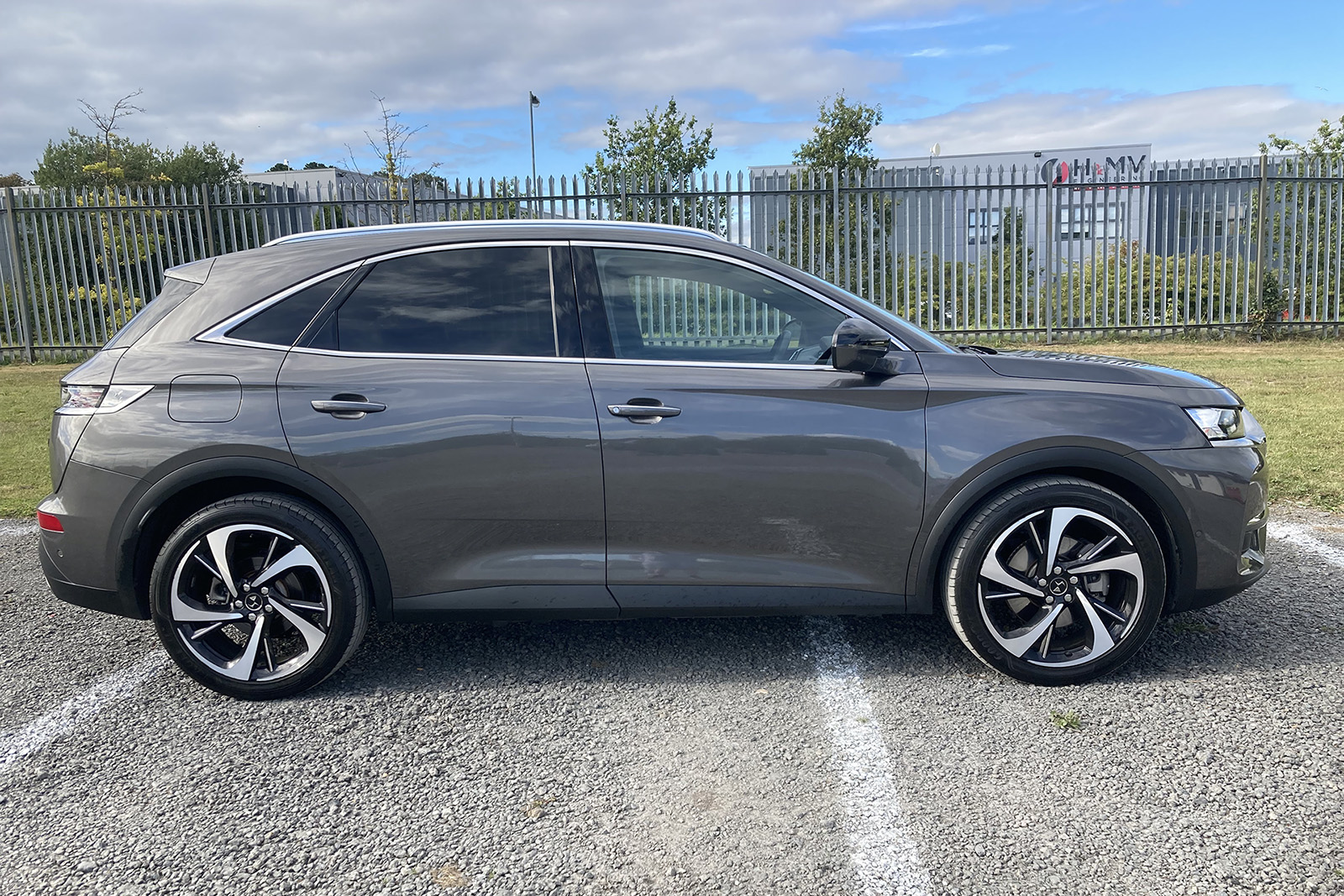 The DS brand, which is now distributed in Ireland by Peugeot, is making a comeback here. I drove their very stylish DS3 at the end of last year and earlier this year got to appreciate their equally stylish DS7 Crossback.

Last week I was back in the DS7 Crossback E-Tense, but this time it was a plug-in Hybrid. Again I enjoyed the drive, but I do wonder about the benefits of plug-in hybrids.

From talking to young people last week, it sounds like a lot of Irish people who drive cars, are not even aware of the DS brand which is part of the Citroen stable. So the distributors have work to do.

However, the brand is very popular in its native France. President Macron has been loyal to the brand whose ambition is to embody both French know-how and innovation in the automotive industry. When Macron was elected France’s youngest ever President in May 2017 his choice of vehicle for the drive down the Champs-Elysees for his inauguration was a specially adapted open-top DS7 Crossback.

Macron was re-elected President of France in April this year but when he was sworn in there was no drive down the Avenue Champs-Elysees in an open-top car this time, due to Covid.

DS models have transported French presidents since the sixties when Charles De Gaulle credited the state-of-the-art suspension on-board for saving his life.

Externally the car looks very stylish and the huge grille at the front carries the DS logo as does the boot door at the back. My test car came in Nimbus Grey, which was attractive, but the interior was very dark. The interior has some lovely stylish touches, but a white roofline would have brightened the interior.

The windows are opened by a series of buttons located near the gear lever and they do take a bit of getting used to. You might find yourself applying the hand brake when you really want to open the front widow, but that should only happen once. And it won’t happen if you are driving fast.

I loved the pop clock on the dash which looks like a wristwatch. There is ample room for five well-built adults and plenty of leg and head room for all five. You get a decent sized boot, but sadly no spare wheel.

I don’t often have a full car with four adults on board. But I dropped a few in-laws to the Aviva for the US College game last month and the American visitors seemed very interested in the DS7, which had tinted rear windows. Maybe they thought I was transporting some celebs in the back seat.

In full electric mode you can get a range of approximately 50km. But therein lies a tale. I don’t have a home charger and normally charge electric or plug-in hybrids cars at my local CircleK garage.

The charging in the DS7 was very slow and on a beautiful sunny Saturday morning when I could be doing some work in the garden I sat there for 30 minutes and only gained 25km. I needed to charge the battery as the engine in petrol mode could definitely not be described as ‘frugal.’

Then Oscar Wilde’s famous quote that “he could resist everything except temptation” came to mind. Eventually, I too could not resist and simply drove across the garage forecourt and filled up with petrol. Life is too short to spend it charging car batteries.