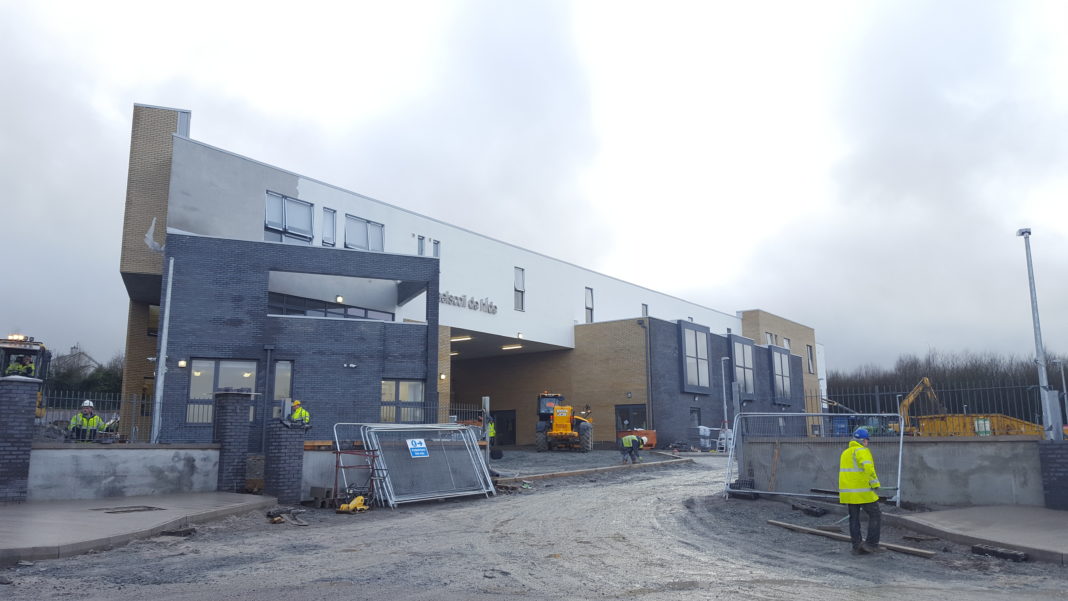 Fermoy’s new Gaelscoil de hÍde is set to officially open to over 400 pupils by the end of the month.

Following years of campaigning and planning for a new school, construction work on the new building in the Duntaheen area of the town began last March.

It is expected that the old school on MacCurtain Street will close on Friday, February 17th with the new school opening to pupils following the mid-term break on Monday, February 27th.

“Nothing is cast in stone yet but we’re very close to the end game and hopefully, all going well, we’ll be in the new school on the Monday after the mid-term,” principal Sean MacGearailt told The Avondhu on Wednesday.