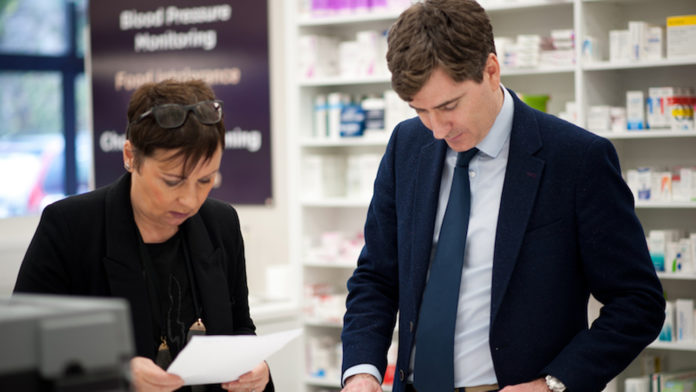 Three Cork retailers, including Mellerick’s Pharmacy in Fermoy, have been included in Retail Excellence’s Top30 stores in Ireland. The list by Ireland’s largest retail industry representative organisation, comprises from around the country in every sector within the Irish retail industry.

Mellerick’s are joined by Cork City retailers Lifestyle Sports and Miss Daisy Blue on the list.

The three stores were amongst seven Cork businesses named in the Top100 Stores in Ireland by Retail Excellence back in July, ahead of the Retail Excellence Annual Awards set to be held in the Malton Hotel, Killarney on Saturday, November 11th.

The sectoral category winners, Top5 Stores and the National Store of the Year, will be announced at the black-tie awards night banquet.

The Store of the Year competition is the central part of the Retail Excellence Annual Awards, which were established in 1997 to promote best practice and encourage the highest standards in the Irish Retail Industry. They are now the largest and most prestigious of their kind in Ireland.

David Fitzsimons, Chief Executive of Retail Excellence, commented: “This process started some time ago when a record number of retailers submitted entries to our Store of the Year competition. The competition is intense and the quality of the applications received made it all the more difficult to select the Top30.

“As Irish retail competes with external factors like Brexit and sterling devaluation, our members and their staff have stood up to the plate and are proving their resilience yet again. The trojan work done by them in enhancing customer service and experience made our task of whittling the numbers down to 30 all the more difficult”.

“I want to congratulate those who made the Top30 Stores, who are among the very best retailers in the country. Unfortunately, there can only be one winner but their journey this far is testament to the hard work of the owners, their staff and investment in their retail operations”.