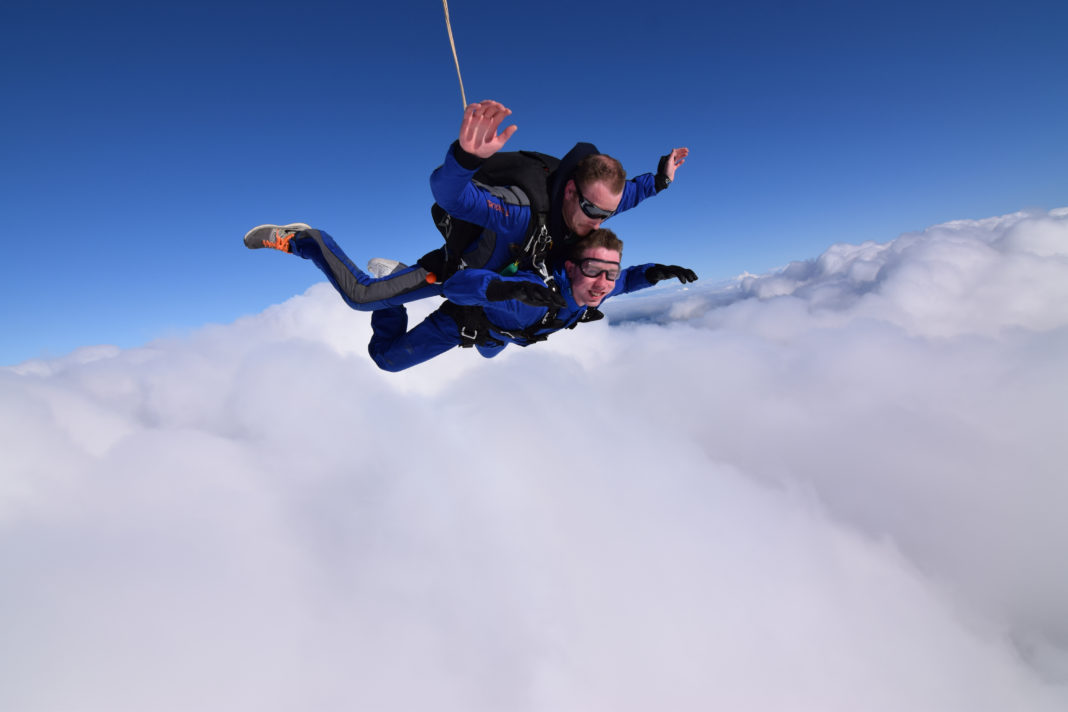 A Mitchelstown man, with a fear of heights, took to the skies recently to raise money for Youth Suicide Prevention Ireland.

Gavin Browne, who is son of Kay and Jerry Browne, from Mandeville Park, signed up for the Skydive Against Suicide campaign and raised €805 for the charity, after travelling to the Irish Parachute Club in Clonbullogue, County Offaly, to do a skydive parachute jump from 10,000 feet.

Gavin would like to sincerely thank everyone who sponsored him as the Youth Suicide Prevention charity is very close to his heart after he lost a close friend to suicide last year.

Gavin’s sister, Grainne intends to follow in her brother’s footsteps and can’t wait to do a skydive jump of her own in the future – the higher the better for Grainne!