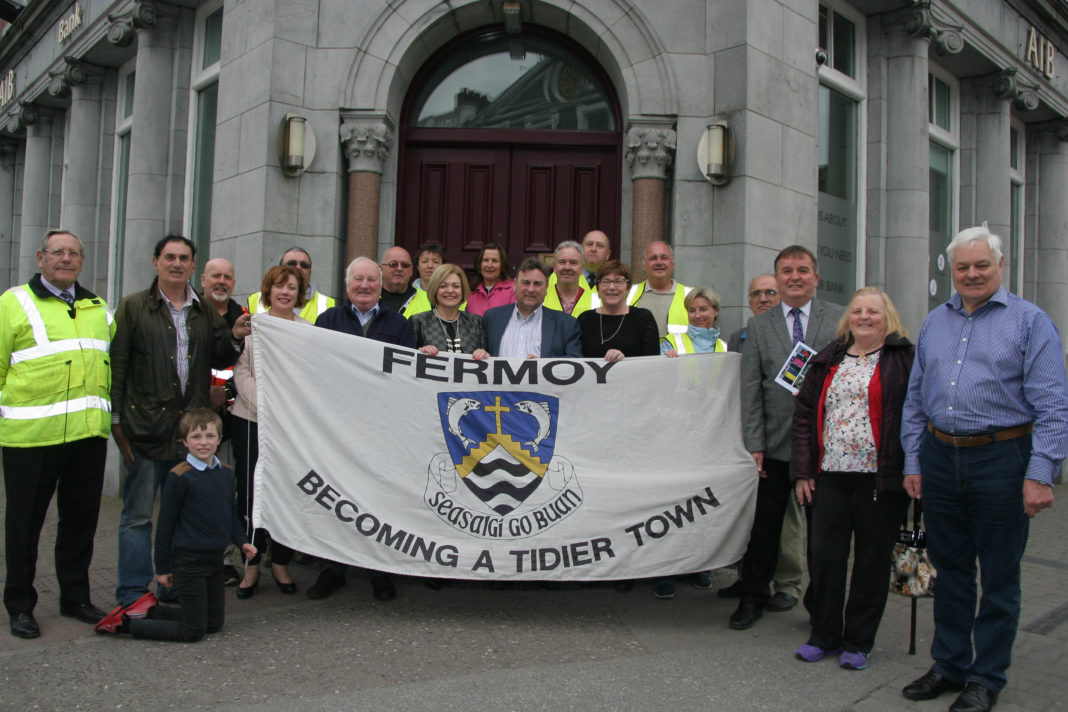 Fermoy Tidy Towns group under the direction of Paul Kavanagh, are making a concerted effort for the forthcoming Cork County Council Litter League and the SuperValu-sponsored national Tidy Towns competition.

Contributions were made by Cllr O’Keeffe and Cllr McCarthy. In his address, Paul Kavanagh said the forthcoming competitions presents a great opportunity to show the town in the best possible light.

“We are making progress. Our work is paying off but we must sustain the effort over the weeks and months ahead,” he said.

He went on to urge the public to minimise waste, maintain their property to a high standard and of course, not to litter.