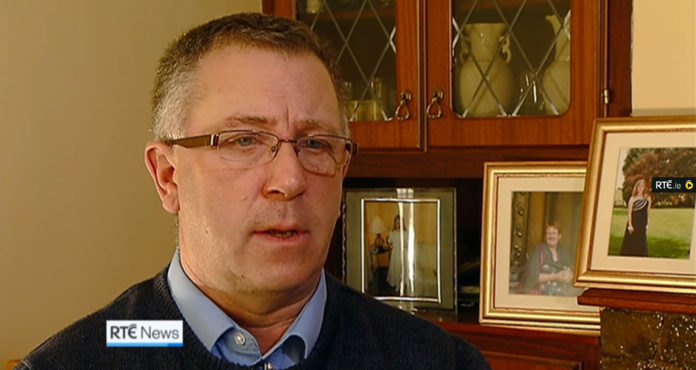 From now on, car owners who allow their vehicle to be driven by an unaccompanied learner driver, will be held accountable in law.

The ‘Clancy Amendment’, initiated by Kilworth man Noel Clancy who lost his wife Geraldine (58) and daughter Louise (22) in a crash near their home on December 22, 2015, has now been written into law. This means that anyone who facilitates a learner to drive without a fully licenced driver accompanying them, will also be committing an offence.

Speaking outside the Circuit Criminal Court in Cork, Mr Clancy said: “I think it is important to reflect on the question on any given day how many learner drivers are on the roads of Ireland unaccompanied and how many parents or family members allow their cars to be driven by these drivers?”

He went on to call on the Minister for Transport to implement legislation so that allowing one’s car to be driven by an unaccompanied learner driver is an offence and would make the car owner and driver equally accountable in law.

Following his appearance on RTE’s Six-One news on Friday, Noel spoke to The Avondhu this week and said he hopes the new amendment is fully implemented by the Garda authorities and that parents and owners of cars obey the law.

“What it will mean is that if a learner driver turns up at a Garda checkpoint unaccompanied, then the car owner will have to go to the local court and pay a fine.

“As the seriousness of things rack up, if there’s a dangerous driving charge, a dangerous driving causing death charge, the charge against the car owner will go up to a maximum of six months imprisonment. The next parent will know that when they give their car to their son, daughter, nephew, niece – they are breaking the law as well,” he said.

Statistics from the Road Safety Authority highlight that since the introduction of the learner permit, learner drivers have been involved in an average of 15 fatal road collisions each year. This amendment to the new Road Traffic Act, could save 15 lives per year on Irish roads.

“I think there will always be a 20-year-old willing to take the car, but you’ll have to expect that the parents, the car owners, would have the wisdom to know that they shouldn’t be driving on their own, that they should obey the law and now this new amendment will make the parent, if they still flout the law, it will make them responsible in front of the courts.”

You can follow the link http://www.rte.ie/news/player/six-one-news-web/2017/0106/ to hear Noel Clancy speaking on RTE News last Friday.