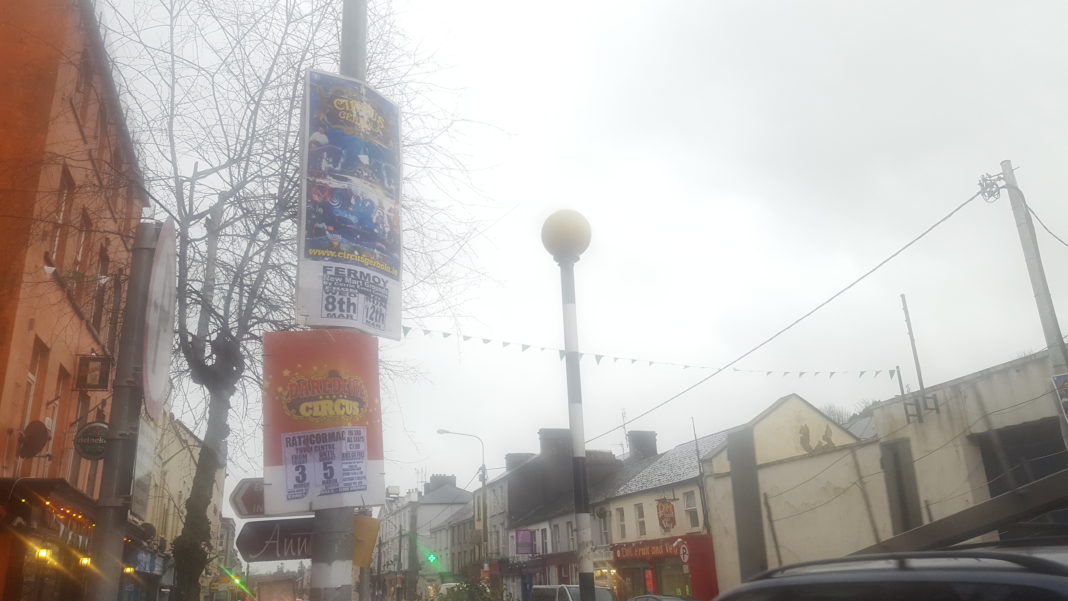 A motion requesting changes to the Planning & Development Regulations 2001 will be made to Cork County Council this month, in reaction to the littering of Fermoy with circus posters promoting various events in the locality.

Posters advertising Circus Gerbola and Courtney Brother’s Circus have been erected throughout the town, which locals say goes against the tradition of Fermoy being ‘a poster-free town’.

This legal loophole has caused frustration among numerous community activists and groups, including Fermoy Tidy Towns, who expressed their distaste at the manner in which the posters have been excessively posted around town.

Following a number of complaints this week, Cllr Noel McCarthy has indicated that he will raise this issue at Cork County Council later this month, with a view to overruling this law in towns across Cork.