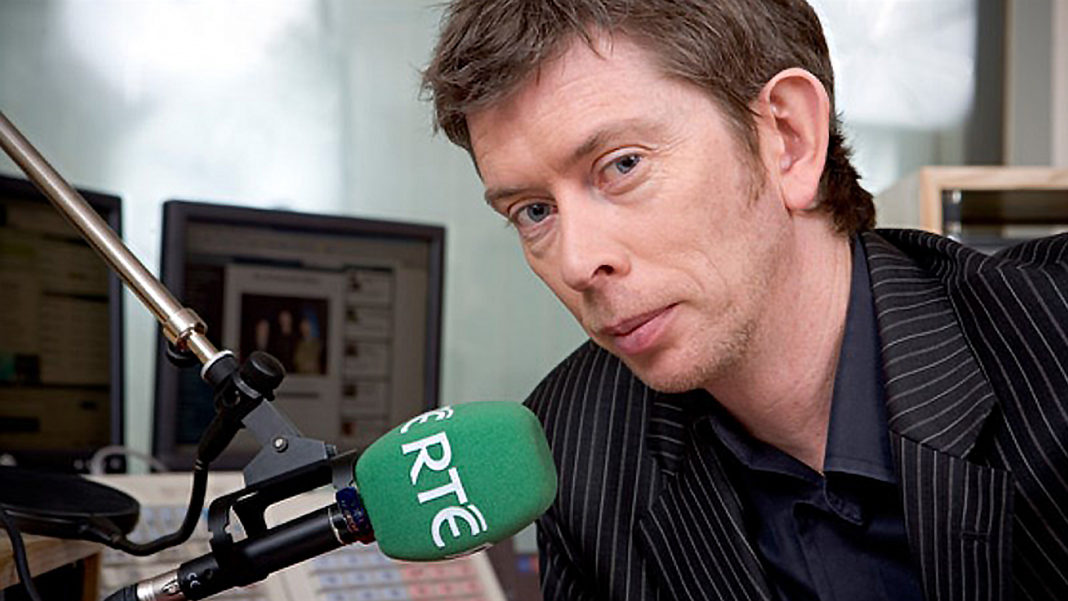 Eleven years after his ground-breaking radio show was cancelled, John Kelly is putting the Mystery Train back on the tracks. He talks to Donal O’Keeffe.

“This is no exaggeration,” says John Kelly. “For eleven years, every day I went out on the street, someone somewhere would mention the Mystery Train. It was always a bit heartbreaking in a way. People were being very nice and very kind, but it used to leave me feeling very sad when they’d say ‘I used to listen to your show all the time’.”

I was one of those people. I used to be a sales rep, trudging door-to-door in the estates of Celtic Tiger Ireland. It was a lonely, dispiriting job, out all weathers and not finishing till all hours, two hours from home. I never cared. At 8.30pm every evening, the Mystery Train would take me home.

And then, suddenly, the Train was gone.

As Kelly said at the time, it went into a tunnel. Now – eleven years on – the show returns to the airwaves, to a new home on RTÉ Lyric FM.

How would you describe the Mystery Train to someone who had never encountered it? It was the strangest, coolest radio show you ever heard, and for its army of fanatically-loyal listeners, it connected with them on a very personal level.

It might start with Junior Parker’s ‘Mystery Train‘ and finish on the most exquisite piece of Ethiopian jazz you never in your life would otherwise hear, stopping en route at the Beatles or the Stones, or Paul Brady, or Dylan, or Arcade Fire, or Sigur Ros, or Ron Sexsmith, or Tom Waits, or Solomon Burke, or Josh Ritter, or Aretha Franklin.

You might hear Johnny Cash singing the Apocalypse, or Billie Holiday chilling you to the bone, or Julie Feeney stopping you dead in your tracks, or Mrs Miller being charmingly appalling, or the Mighty Sparrow begging Trinidad’s elderly prostitutes to retire.

Maybe it shouldn’t have worked, but it did, held together by John Kelly’s warm, deadpan voice, every anecdote a sly aside and every insight straight from the heart and direct to the listener. We didn’t have Twitter back then, but some of us would text each other about the show, and I’ve been to parties where the music was made up entirely of taped Mystery Trains.

Bono called Kelly’s show “an extraordinary programme. To go from Duke Ellington to Björk. To go from Woody Guthrie to The Virgin Prunes. It’s an amazing thing to pull off. There’s nothing like it anywhere in the world.”

The Mystery Train was cancelled in 2006, brutally; Kelly was told one afternoon just before the show. Listeners were outraged. In the Seanad, Senator David Norris condemned Kelly’s mistreatment. Last week I asked Norris how he felt about the Mystery Train’s return.

“I am delighted,” he said. “John has always brought sophistication and humour to RTÉ’s music programmes.”

Mary O’Rourke, then Leader of the Seanad, also spoke up for Kelly at the time, singling out “the quirky voice of him”. Kelly joked drily that she had some cheek.

“That was a really great show,” O’Rourke said last week, “I loved it, and I’m so delighted it’s coming back. I wish John the best. And it’s on at a great time too, now. Seven o’clock is great because the News will be over and I’ll be able to tune in.”

Since the Mystery Train was axed, Kelly has hosted a successful afternoon show on RTÉ Lyric FM. The John Kelly Ensemble has been brilliant, interesting and musically-engaging.

“Obviously, I’ve missed the old show for eleven years – missed it a lot,” Kelly told me last week. “I’ve been using one corner of my record collection, which is kind of frustrating, so this is a liberation. Not without its risks, I suspect. There may be one or two Lyric listeners for whom it might be a drumbeat too far, but certainly people listening to my programme are a broadminded bunch.”

Kelly’s friend and sometimes musical collaborator Paul Brady, told me: “I’m delighted to hear that the Mystery Train is returning to the airwaves. It was a very influential programme and I have missed John’s eclectic tastes and musical insight.”

I asked Kelly how rock’n’roll the Mystery Train really can be if it’s on RTÉ Lyric FM.

“In the teasing-out of this with the boss (of Lyric FM) I said, well, you know, Chuck Berry died not long ago and there’s no way I’m doing a music show and not acknowledging things like that.

“And he said ‘I would expect nothing less’. So there’s an understanding between me and Lyric, and RTÉ, that this is what I used to do and that’s why we’re doing it, and hopefully Lyric can expand its listenership and its musical scope.”

I asked Kelly if his former guest host, Elvis Costello, will be dropping in any night soon with his box of records. “There’s an open invitation and he knows that,” he said, with a laugh.

“The programme’s going to be on Monday to Thursday, and then on a Sunday night I’ll always have a guest, someone who’ll come in and pick tunes and trade records and just hang out. Elvis is someone I’d love to have back anytime, and I’m sure if he was here he’d be happy enough to do it.”

I spoke with another of Kelly’s former guests, the Canadian singer-songwriter Ron Sexsmith, on tour in Stratford, Ontario.

“I’m very happy to hear that the great John Kelly and his wonderful show are coming back for all the real music lovers who are all anxious to get back on board”.

I asked Ron if he has any interest in hopping on the Mystery Train and spinning some records with Kelly again. “Yeah,” he replied, “next time I’m back that way for sure!”

Kelly told me that the reaction he has had to the Train’s return has been extremely good.

Julie Feeney, currently touring in the US, was also delighted to hear that the programme was returning to the air. “John has an astonishingly impeccable taste in music and an artistic sensitivity that few possess. He is also a tremendously loyal supporter of artists. This is excellent news.”

Another artist pleased at the news of Mystery Train’s revival is Josh Ritter, whom Kelly supported in the early days. “The breadth of John’s knowledge is pretty amazing. Over the years we’ve talked about all kinds of things, and I’ve always been really inspired by his appreciation for, and knowledge of, the arts in all their forms.”

With the Train back on the tracks, Kelly says he’s optimistic about bringing onboard the show’s longtime fans, and perhaps settling a score closer to home.

“One of the things at the back of my mind was that my kids – particularly the older ones – have been hearing for eleven years, ‘Your dad used to do this great radio programme’ and they’ve never heard it. So it might be an opportunity to prove to my kids that I’m not as square as they think I am…

“I’d actually quite like to demonstrate to them that I’m not just this guy that plays – as they call it – slow music.”

For eleven years, John Kelly has met folk lonesome for a train. Now, he hopes to reconnect with that listenership.

“A lot happens in eleven years,” he says. Kids grow up, various things change in your life. It’s a long time, actually. That’s why I’m so pleased that people remember the Mystery Train.

“As long as they listen in now!”