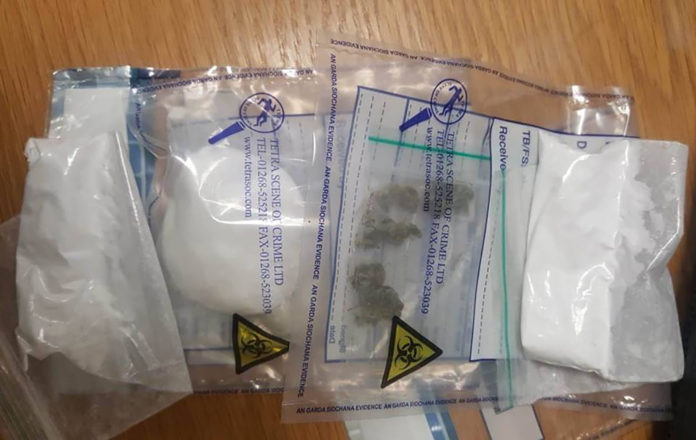 As part of an ongoing operation targeting the sale and supply of drugs in the southern region, Gardaí arrested three men in their 30s and seized approximately €13,500 worth of suspected cocaine and cannabis herb and €8,000 in cash, following searches carried out on November 9, 2018.

Gardaí from the Limerick divisional drugs unit, assisted by local units and the Garda dog unit, executed search warrants at a total of 29 premises in Limerick, Tipperary and Cork.

During the operation three arrests were made, 9 detections for possession of drugs and approximately €7,000 of cocaine and €6,500 cannabis herb (pending analysis) was seized.

The three men who were arrested were detained at Henry Street and Bruff Garda Stations under Section 4 of the Criminal Justice Act 1984.

The focus of the operation was intelligence gathering and involved up to 100 members of An Garda Siochana.

Assistance was also given by officers from Revenue Customs.