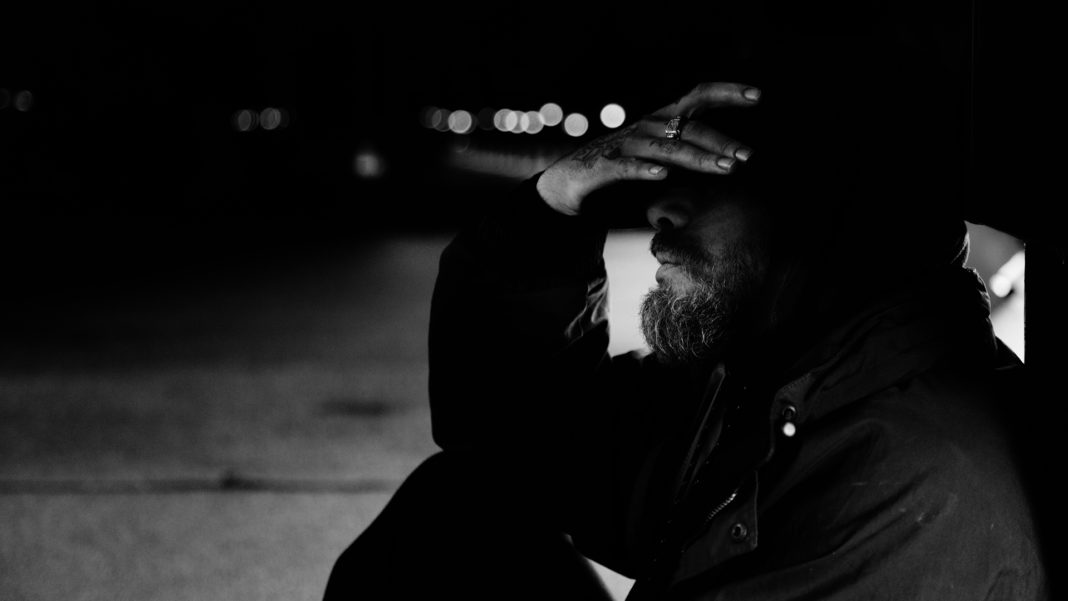 ‘Paul’ is a homeless man who spoke last week with Donal O’Keeffe about heroin addiction and Christmas on the streets of Cork.

“This is going to be my first Christmas on the streets. It’s going to be very lonely, but I’m just going to have to accept it.

I’m in and out to Simon the last three or four years. I’ve been on the streets – on and off – the last ten years or so. I’ve slept in the worst places you can think of. I’ve often slept in an idle house and been in there two or three weeks, having spoken to no-one at all in that time. It’s just been me all alone. I’ve often survived on water.

I used to bounce back and forth between Simon and Vincent’s, but I’m kind of here now most of the time. You’d usually need to be here before 11am or you’re not going to get a bed.

Your day is walking the streets. There’s nowhere to shelter. You’d be ran out of places like the bus station. I’m barred out of the internet cafés for falling asleep in there. I often go in to a bookie’s and watch two or three matches, one after the other, just to break up the weekend.

I could go into the library, but that wouldn’t be my kind of area. I’d be all nervous there, like.

I fell into injecting last year. I’m kinda gone out of that now, thank God I’m still alive. I’m still kinda dabbling with smoking heroin, but I always gets clean this time of year. I’m still using. It’s mainly I’m only smoking heroin now, but it’s usually tablets, funky skunk, and heroin. Usually I have it in the morning, so I can go about my day.

I never went on the methadone. I went on a 21-day detox last year in prison, but that’s the nearest I’ve been. With heroin, your body starts crying out for it. You’ve insomnia, aches and pains, I’ve often went 16, 17 days with no sleep. I stop counting because you’d drive yourself mad. You can’t sit down, you can’t stand up.

The sickness of heroin is the most horrible thing I’ve ever gone through, and I don’t know why I always go back. I always goes cold turkey. I get seizures from it, going cold turkey. I never go on the methadone. I prefer to give it all up in one go. The pain and heartbreak of withdrawal would drive you mad. You’re awake through every ache and pain.

There is help for people who want to quit, but it needs to be more hands-on.

Heroin at the moment is just tearing the city apart. It’s being mixed with fentanyl now, which is making it more potent. You only need a tiny bit of fentanyl and it could put you over.

I don’t know what condition I’m gonna be in Christmas Day. I could just go away and go mad. I could go away and get a load of tablets, and a load of heroin. I have a close family anniversary coming up, and two of my best friends too, just before Christmas, so it’s a lot, this time of year.

I have two small kids and I don’t see them. I don’t want them seeing me like this. What good am I to them? It just breaks my heart though to think of them unwrapping their presents on Christmas morning and I’m not there to see them.

I’m at the stage now where I’m begging people for money.

I don’t beg. I don’t beg. I just sit there with a cup. I say nothing to no-one. If people want to help me, they help me. Even if the Guards try to move me, I say ‘I’m not begging, I’m just sitting here.’

I wouldn’t be asking people for spare change, or annoying people. If people do want to help me, I’ll always say ‘Thank you very much’.

I’d be willing to get clean in the morning, if I had a place, somewhere to go. I want it so much, I think I will get clean this time. I’ve had enough of just walking the streets with nowhere to go, doing laps of the town on my own, looking at other people living their lives and saying ‘that should be me’.

Donate to Cork Simon at https://www.corksimon.ie – alternatively, donations of socks, underwear, gloves, hats, scarves, toiletries are always appreciated at the Anderson’s Quay shelter, as are shower gels and disposable razors.