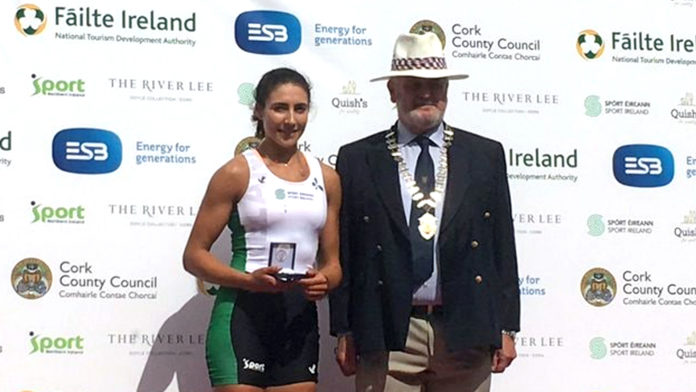 Selma Bounane from Fermoy had an outstanding weekend at the Home Internationals Regatta in Inniscarra last weekend.

Selma was crowned the overall winner of the Women’s Single Sculls as well as being a member of the winning team in the Women’s Quadruple Sculls.

Selma was wearing the Irish Jersey and was up against rowers from England, Scotland and Wales and proved herself to be the cream of the crop.

“I didn’t think I had a chance this weekend. It was a nice surprise,” she said, describing the single sculls race.