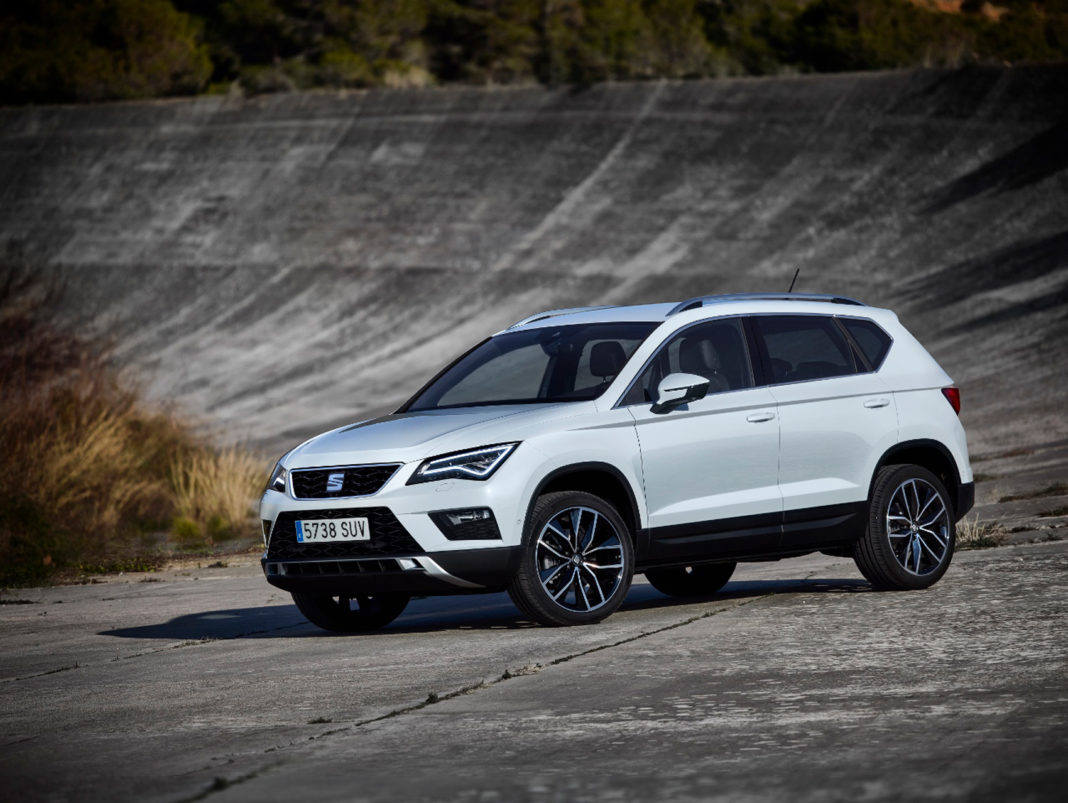 The highly anticipated new Ateca, SEAT’s first ever SUV model, will be on display at the National Ploughing Championships in Screggan, Tullamore, Co. Offaly from the 20th – 22nd September.

Located at Block 2, Row 4, Stand 57, SEAT Ireland invites this year’s attendees to view the new Ateca which was recently voted the 2016 Auto Express Crossover of the year, and experience its state of the art features first-hand.

Created in Barcelona with a German heartbeat, the new SEAT Ateca has been designed to make driving an absolute pleasure and its full connectivity will appeal to those who like technological features the most. The new SEAT Ateca XCELLENCE offers wireless device charging and KESSY, a keyless entry start system as standard – so convenient and brilliantly thought through.

Full LED headlights, welcome lights in the wing mirrors and multi-coloured ambient interior lighting that adjusts to suit the drivers mood ensures that the Ateca looks every bit as good as it drives. A full leather interior, an 8 inch colour touch screen media system and heated front seats add to the sense of luxury offered by the Ateca.

The SEAT Leon Supercopa can be found competing in championship events around the world but attendees can see this impressive model for themselves at this exciting SEAT showcase.

Neil Dalton, Head of Marketing & Product at SEAT Ireland commented; “We are really excited to showcase the all new SEAT Ateca at this year’s National Ploughing Championships. The SEAT Ateca is a model we believe motorists across Ireland will instantly fall in love with. The National Ploughing Championships is a perfect event to showcase Ireland’s latest addition to the SUV market”.

The new SEAT Ateca is available in a choice of 1.0TSI and 1.4 TSI petrol engines or 1.6TDI and 2.0TDI diesel engines and is economical in fuel consumption across the range. It’s available in three trim levels S, SE and XCELLENCE, and is now available to order across SEAT’s 21 strong dealer network.

With prices starting from just €24,750 for the 1.0TSI 115hp petrol model, the new SEAT Ateca is set to be the best value for money mid-sized SUV in the Irish market. Meanwhile, the 1.6 TDI diesel model of the Ateca is priced at just €26,450 meaning the Ateca will offer Irish motorists the most attractive pricing in the SUV segment.

To find out more information on the most exciting car to launch in Ireland this year, visit www.seat.ie/ateca