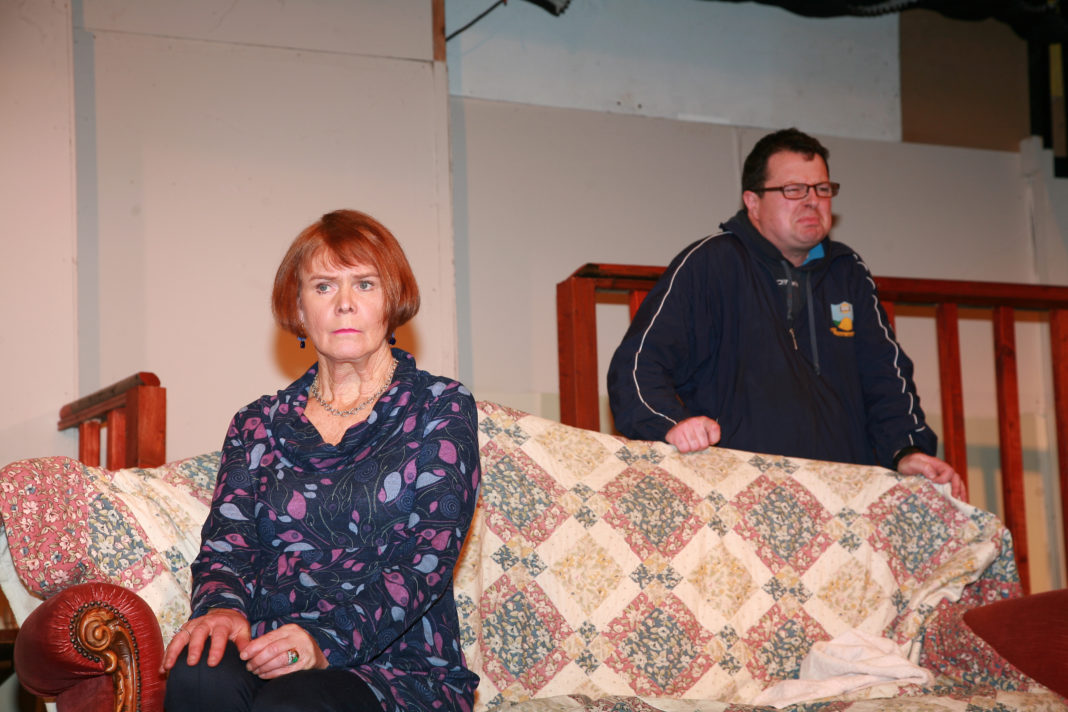 There was brilliant audience reaction to The Barrymore Players’ debut production of ‘Rumors’ by Neil Simon which opened in Castlelyons Community Centre last weekend.

Last Sunday evening marked the half way point for a talented cast who have done trojan work in the last few weeks fine tuning this entertaining play.

‘Rumors’ represented a significant theatrical test for Ellen Quirke (director) and Isabel Fenton (producer) – but one that they’ve passed with flying colours.

Those, and there are bound to be a few, who couldn’t make last weekend, have another opportunity to catch ‘Rumors’ in Castlelyons Community Centre this Saturday and Sunday (11th & 12 February) at 8pm.