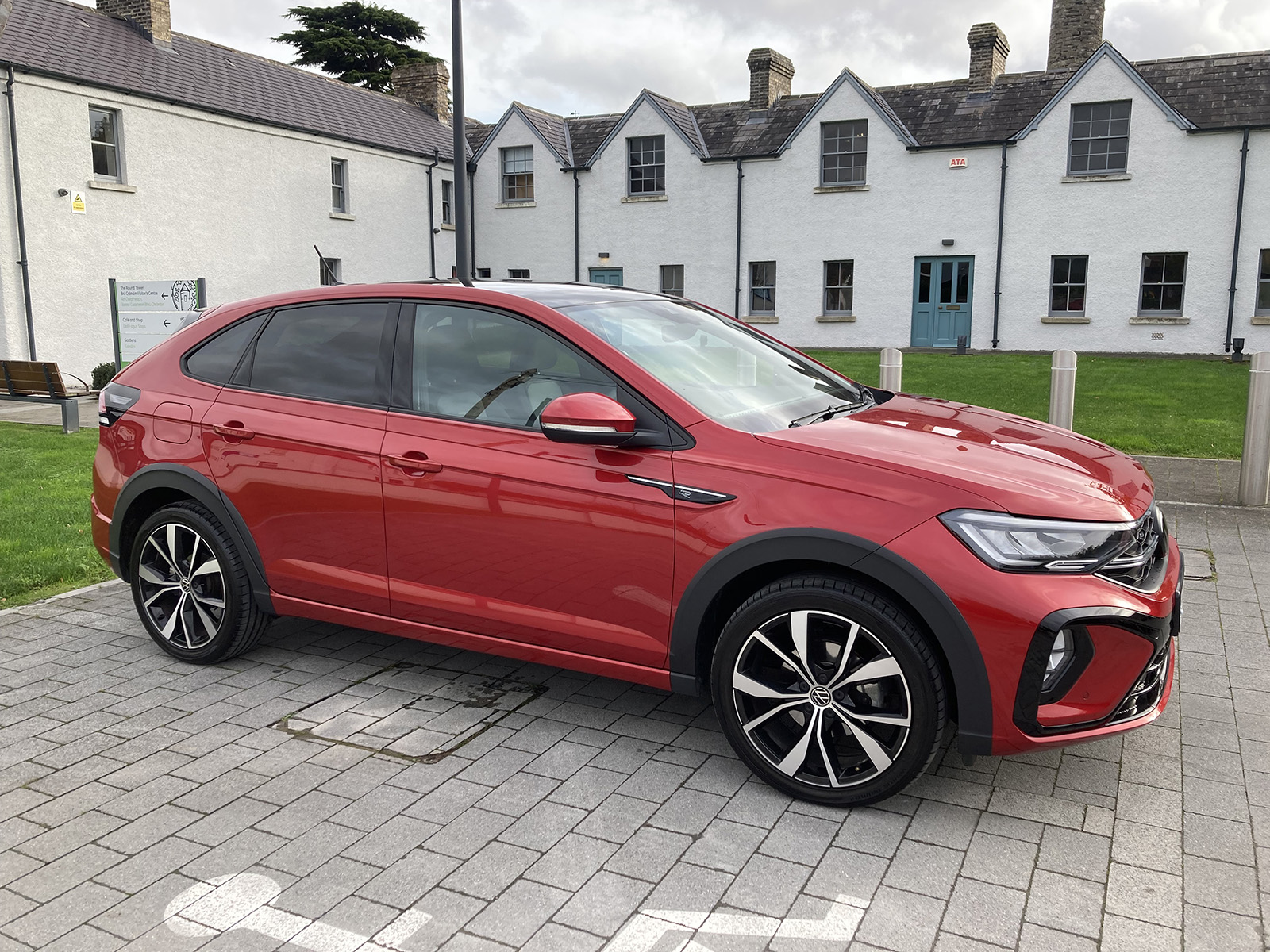 Like many other car manufacturers, Volkswagen are making a big push for electric with their ID.4 and ID.5 and more recently the funky-looking ID.Buzz van, which was named Continental Tyres Irish Car of the Year earlier this month.

But for those of us who are sceptical about the mad rush to go fully electric it’s good to know that VW are still producing new petrol cars.

When I sat into the VW Tiago last week the range said 700km. Admittedly that range can drop quickly in urban driving, but on the open road by driving cagey, you should get value for your litre of petrol, which of course is now cheaper than diesel.

When driving on the motorway at a steady speed I could see my range increase in increments of 10km. The last time I saw such huge increase in range was in a Renault.

This new car from Volkswagen was introduced two years ago in Brazil as the Nivus and was then released in Europe last year as the Taigo.

VW say that the Taigo has been ‘technologically adapted for Europe’. That means you get features like LED adaptive matrix headlights and adaptive cruise control, not offered to our Latin American cousins. You also get a new R-Line trim level, which was my test car.

It’s a neat looking motor and there are some old-fashioned touches also, like an ignition key to start the car and a good old-fashioned handbrake. No complaints from me with regard to the latter.

It’s billed as an SUV coupe, but shares most of its underpinnings with a Polo, has the interior space of a Golf, and boasts a bigger boot than either of those two old VW reliables.

I liked the dash where you get two old fashioned buttons, one to control the volume of the radio and the other to simply scroll through the wavelengths. No doubt about it, the simplest things in life are best.

On the road I enjoyed the high driving position in what I would describe as a tidy, comfortable car. As I mentioned earlier with sensible driving on a motorway or clear stretch of road, you should see your range gradually increase.

There is fine spacious boot and the really good news is that you get a proper spare wheel and not the dreaded repair kit.

It’s often said that when buying a new car red is a great colour to choose as hopefully it will look fresh when you want to trade-in. My test model was King’s Red, first time I think I ever drove a car of colour.

There are a lot of cars available with a ‘T’ in the VW range right now; the Taigo, T-Rock and T-Cross. And really there is not a huge difference between all three cars. But if like me, you are not in a hurry to switch to electric it might be worth having a test drive in any of the trio, starting with the Taigo.