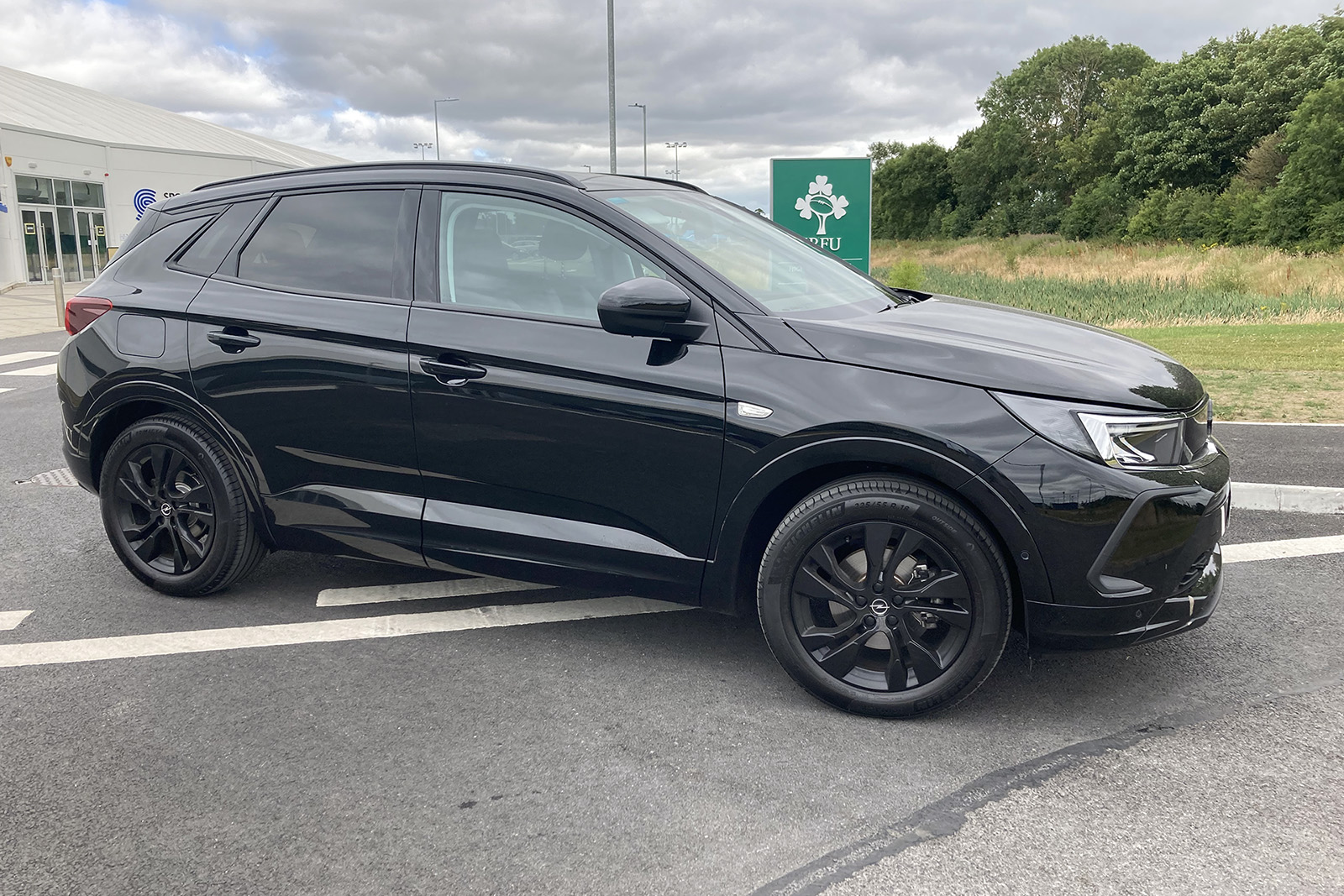 There is an old saying that 50% of all advertising is wasted, but nobody knows which 50%. Opel seems to be a lucky advertiser. Back in 1986 when Jack Charlton was appointed Irish manager, Opel came on board to sponsor the ‘Boys in Green’ and we had some great days at Euro ’88, Italia ’90 and USA ’94.

Now Opel are one of the sponsors of Irish Rugby and women’s international Stacey Flood is an Opel Brand Ambassador. Following that historic Test win over the All Blacks, Ireland are now the Number One ranked rugby team in the world and coincidentally we are again managed by an England man, Andy Farrell.

But Opel are German and that generally means efficiency. After flirting with an X in the title for a few years Opel are now hoping for some conquests sales with their impressive new Grandland, which no longer has the X in its name.

The Grandland now features a fresh new fresh exterior look with the signature Opel Vizor brand face. I thought that the rear of the car has a really classy look to it, with the Opel logo and the name Grandland spelt out. Inside, you get the new Pure Panel cockpit which is very impressive.

The first item that caught my eye was the digital speed display on the dash. It certainly keeps you aware of the speed you are doing and should help you avoid being caught by a Gatso speed van at one of the new locations recently announced.

Some cars have the display at bottom of windscreen, but this one is just under the steering wheel, in your line of vision.

There is plenty of head and leg room. The seats are black with a touch of grey and the interior décor is brightened up somewhat with a white roofline.

I drove a black 1.2-litre petrol version, which is probably not the most vibrant colour and naturally there are brighter colour also available with blue being popular. With black alloys the black version looked a car the All Blacks might drive!

There is a decent-sized boot and while there is a huge ‘well’ to take a spare wheel, none is provided, obviously for weight reasons. So once again the advice is to haggle with your garage if buying new.

In some versions you can open the boot by waving you foot underneath the back of the car. A very useful service if your arms are full of books or shopping.

The car is available in three trims, with the SC version starting at €37,395. Then it’s a case of the higher the spec the higher the price. The SRI trim retails from €40,195, while the luxurious top or the range Elite version will cost you €41,995. Available now in petrol and diesel, with a plug-in hybrid coming later in the year.

James Brooks, MD of Leeson Motors, who import Opel to Ireland said: “I think the car is sure to appeal to our existing and new conquest customers alike. We look forward to market growth in the remainder of 2022 in the all-important C-SUV segment.”

It’s comfortable and the petrol engine was frugal. And my verdict on the Grandland? Well as Dubliners are often known to say, Ah sure it’s Grand.