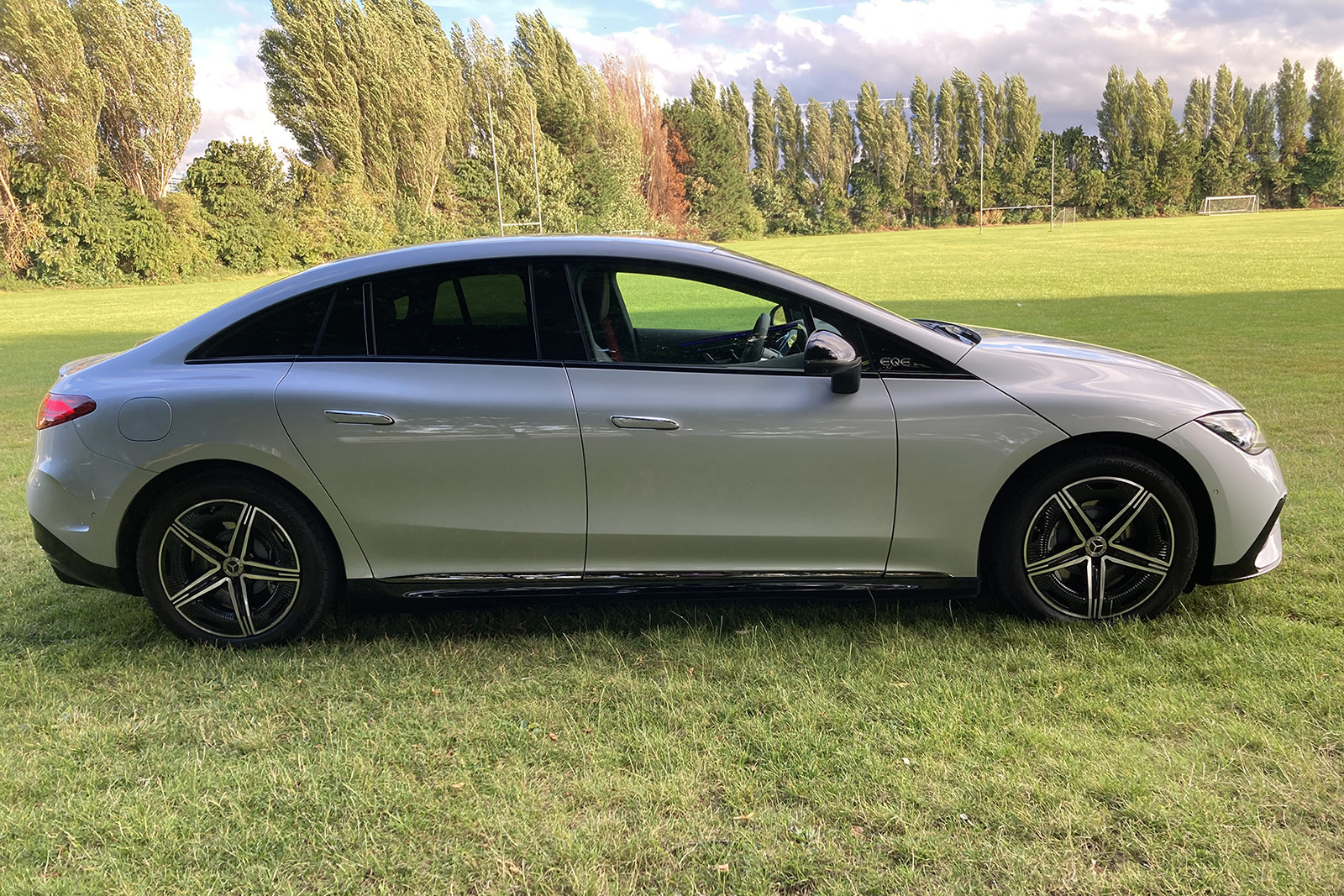 Up to last week there is no doubt that I suffered from ‘Range Anxiety; when driving electric cars. But the Mercedes EQE should certainly ease you range anxiety, if you can afford one.

The EQE 350+ was not fully charged when I picked the car up, simply due to the fact that I was in a hurry to pick up the car at Mercedes Irish headquarters on the Naas Road. Soon Merc will be the only car company in what legendary PR man Don Brindley used to call ‘Motown.’

On Monday night I sat for over an hour at a quick charger and was amazed to see the range climb to 664km, which should ease a lot of peoples’ worries.

That full charge did me for most of the week and what a pleasant week it was in the gorgeous EQE. During the week I got a lot of curious glances and questions from passers-by asking what the name of the car I was driving was.

In Molesworth Street an Australian lady, in Dublin with her Irish partner, was really excited to see the car. She took several photographs of the car; she said she would send some photos on to me, but nothing so far.

The EQE is the latest model to launch here from the Mercedes EQ brand of electric cars. The new electric business saloon from Mercedes-Benz is built on electric architecture developed specifically for electric vehicles that also underpins the larger EQS.

The car is available in numerous styling and specifications lines and the EQE 350+ version is expected to be of most interest to the Irish market. There is also a AMG EQE 43 with 350kW of power and it’s priced at €120,180. Coming soon will be a EQE 500 (300kW) and AMG EQE 53 with up to 505kW, both equipped with 4MATIC all-wheel drive.

People used to love the famous three pointed star on the bonnet of Mercedes cars. Now the front is a bit dull, but it’s brightened up somewhat with a massive Merc logo where the grille used to be and a smaller logo on the bonnet.

Inside the décor is mainly black, but at night you get lovely ambient lighting on the dash. That dash is dominated by a massive screen, much like an extra-large tablet. You also get red seats belts which is unusual. When stopping at traffic lights you get a picture on the dash of your surroundings. A brilliant idea.

Naturally it’s fast and you get from zero to 100km/h in just over six seconds. Top speed is 210km/h. But that’s not the way to save electricity! The massive boot, but no spare wheel, just the dreaded repair kit.

So, plenty electric options available from Mercedes right now. A few weeks back I drove their EQB which has a range of approximately 440km. And then if you really want even more luxury their EQS has a range of 770km.