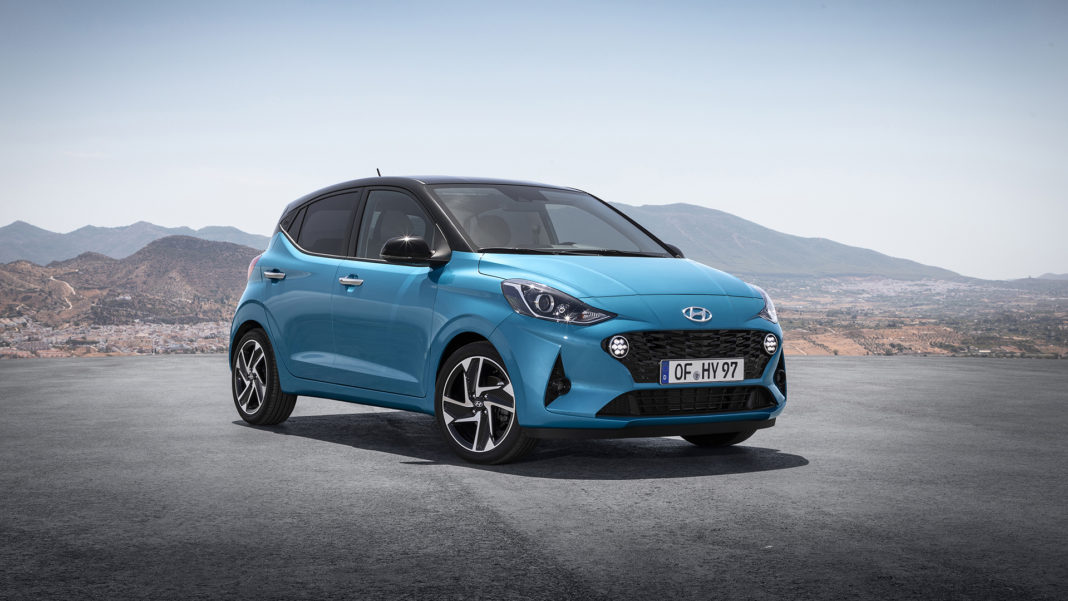 Following the success of their i30, Hyundai went even smaller with their neat i10. The i10 was the Korean company’s first car in that segment since the Atoz. Recently I drove the third generation of this tidy city car.

The Hyundai i10 is the personification of the classic ‘city car’ short in length, tall in height, and with five doors as standard. This hatchback is ideal for city driving and while there is a bit of road noise on motorways, it’s very lively.

After a few weeks driving big people carriers, electric and hybrid cars, it was a change to find myself back into what you would call a small regular car. And when I picked up the i10 from Hyudai’s Irish headquarters on the Naas Road, I was pleasantly surprised to find that it was an automatic.

The automatic, which had two settings, was different than your normal automatic and it did take a bit of getting used to. And surprisingly was no ‘park’ option for the gear lever. But you do get an old-fashioned style handbrake, which is always appreciated.

Straight away it got me thinking, are Hyundai introducing an automatic version to target mature people, who might be thinking of downsizing their cars. It might also suit young people learning to drive, who find using a clutch difficult.

My wife and daughter agreed that this was a very comfortable car to travel in. They both liked the controls on the dash which were very well laid out and easy to use. The weather was cold the week I had the car and the heating system was very good and so easy to use.

The seats were black with a nice touch of grey and the roof is white, which certainly brightens up the interior. An armrest is provided for the driver.

In the back there is room for two adults, maybe three at a squeeze. And the back seat passengers, who can avail of electric windows, have decent leg and head room as the roof is high.

The boot has a good opening, but naturally in such a small car, space is limited. But the good news is that you get a proper spare wheel.

The new i10 has a very attractive starting price of €14,745. As with most cars it comes in three trim levels, Classic, De Luxe and De Luxe Plus. Naturally the price will rise depending on which model you opt for.

Car reviewers are spoiled as we get the top of the range models. I drove the De Luxe Plus model which had an eight-inch touchscreen infotainment, incorporating Apple Car Play and Android Auto. It also had a wireless charging device near the gear lever plus a rear-view camera.

It’s a very easy car to drive and park and you might not need that reversing camera. The De Luxe Plus is also the only version that has the option of an automatic gearbox and a two-tone colour scheme. You can get 22 different colour combinations. As I said earlier the higher the spec, the more you have to pay.

First impressions were that the i10 was a bit noisy, but maybe I got that impression having recently driven hybrid and electric versions of the Kona and Ioniq from Hyundai. I would certainly recommend this neat i10 for learner drivers or mature couples who are thinking of downsizing.