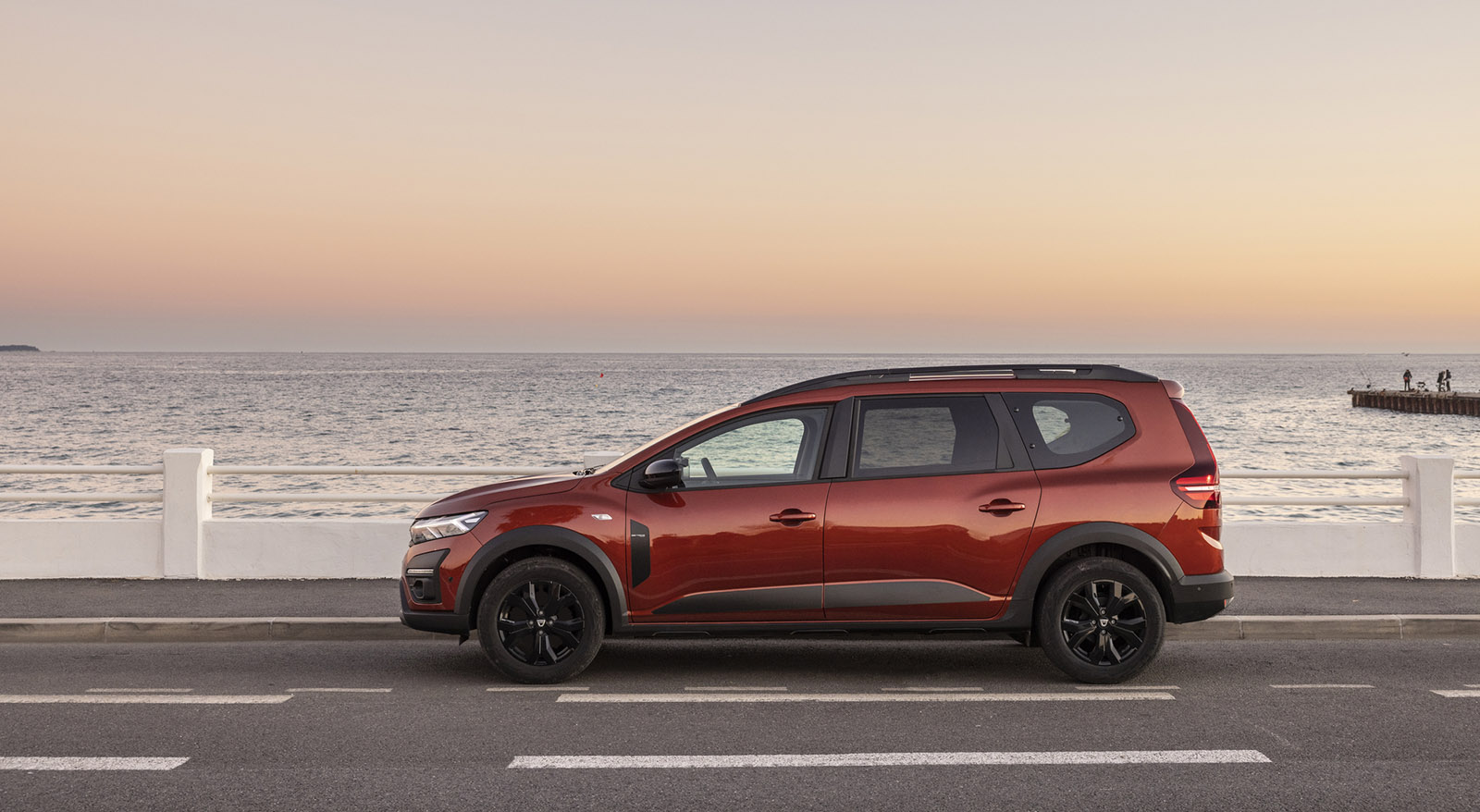 When you give a car a name like ‘Jogger’ then you are guaranteed to get a few good headlines in reviews. The Dacia Jogger was named AA Car of the Year last October and one tabloid’s headline read: “Jogger runs away with title”.

I drove the Jogger in July last year and was very impressed and had the car again at Christmas as we had the grandchildren visiting from Denmark and the extra two seats were very useful.

My grandchildren are teenagers now, but they still like the excitement of sitting in the third row.

I like cars that have their own individual name, like Jogger. Sometimes people can get a little confused with numbers, e.g. Renault 4, Mercedes 220, BMW 5 series etc.

The attraction of the Jogger is that it’s a seven-seater, but naturally there is not much boot space when all seven seats are in use. This is the first seven seater I have driven where the third row of seats are slightly higher than the second row. Only a few millimetres higher, but enough for the third row passengers to get a better view of the road ahead and their surroundings.

Dacia is owned by Renault, and I was reminded of that when using the key fob. When you walk away from the car you get a ‘beep’ telling you the car is locked. And then you go back to the car the doors unlock, once the fob is in our pocket or handbag.

January 2013 saw the first registrations for Dacia in Ireland with the Sandero and Duster, followed by the Stepway in March and the Logan MCV in September that year. In 2016 Dacia registered its 10,000th vehicle in Ireland just three years after its first. The models progressed, the volumes increased and now over 30,000 Dacia vehicles have been registered in Ireland.

This is Dacia’s first seven-seater and at the Irish launch back in May last year the company also introduced their new logo and branding.

Inside there is an neat infotainment screen on the dash. Black was the dominant interior colour, but there was a touch of grey on the seats to brighten the décor.

Not surprisingly, no spare wheel, but I thought that Dacia might have slotted a spare wheel underneath the car.

When the Dacia range was introduced to Ireland 11 years ago, it was described as being shocking affordable, it still is. Price for the Jogger start at €24,9540 or €218 per month PCP, but my TCe110 manual petrol version with goodies like heated front seats, wireless smartphone mirroring and built-in sat-nav, came to €27,185. The version I drove is called the Extreme SE. Road tax is €210.

Prices for all consumer items have risen since Covid/Ukraine war. This is definitely Ireland’s most affordable seven-seater car. It’s a hugely practical and versatile car and Dacia has stayed true to their roots and brought a good seven-seater to market at €25k.

The only slight problem is the low Euro NCAP ratings where the Jogger got only one star out of a possible five in the rating. To keep the costs down, the Jogger comes without some of the more advanced safety features like lane keeping assist. It was also scored down for missing seatbelt reminders in the third row. A Hybrid version is due later this year.

February 5, 2023 0
Next Tuesday (7th February) is Safer Internet Day and with 1 in 4 children experiencing cyber bullying and spending more time than ever online, Switcher.ie’s...