The Avondhu Newspaper
Home All Opinions My Own I’m a big Michael D fan but I’m not sure now that... 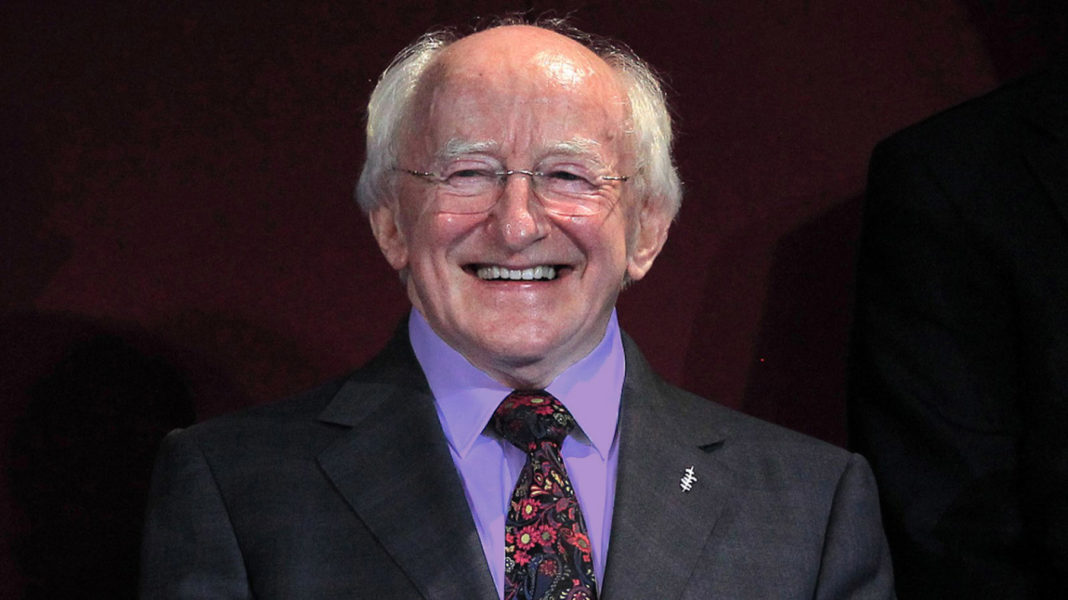 Last weekend, President Michael D Higgins issued a statement saying he had learned of Fidel Castro’s death with “great sadness”. In uncharacteristically unflowery language, President Higgins praised Castro for bringing “significant political and social change” to Cuba and called Castro “a giant among global leaders whose view was not only one of freedom for his people but for all the oppressed and excluded peoples on the planet”.

I’m a President Higgins fan. I was never prouder of my vote – until last year’s marriage referendum anyway – than I was the day a million plus of us gave Michael D the largest mandate in the history of the State.

In a public career dating back half a century, he has been a tireless – and often lonely – champion of human rights. That’s what makes his Castro tribute both shocking and terribly disappointing.

President Higgins’ 467-word statement contains only an allusion to the repressive Castro regime’s human rights abuses and it’s one of the wateriest sentences you’ll ever read.

“The economic and social reforms introduced were at the price of a restriction of civil society, which brought its critics.”

“Over more than five decades documenting the state of human rights in Cuba, Amnesty International has recorded a relentless campaign against those who dare to speak out against the Cuban government’s policies and practices. Over the years, the organisation has documented hundreds of stories of ‘prisoners of conscience’, people detained by the government solely for peacefully exercising their right to freedom of expression, association and assembly.

“Repressive tactics used by the authorities have changed in the last years with fewer people sentenced to long-term prison for politically motivated reasons, but the control of the state over all the aspects of Cubans’ life remain a reality. Repression takes new forms in today’s Cuba, including the wide use of short-term arrests and ongoing harassment of people who dare to publish their opinions, defending human rights, or challenging the arbitrary arrest of a relative.”

I suppose that is just ‘the price’ you pay for ‘economic and social reforms’. I suppose Amnesty would be among ‘its critics’.

On Sunday, a presidential spokesman came out, guns blazing, saying the President’s statement had clearly referred to the price paid for social and economic development in terms of civil society and the criticisms it brought.

“This, obviously and unambigiously, included the human rights organisations and activists who have always had the support of the President.”

And he unambiguously makes only the mildest, vaguest reference to Fidel Castro’s appalling record of human rights abuses.

Why it’s almost as though, after five years of unquestioning adulation and with an unopposed second term in prospect, the presidential ego is in full bloom and little thought was given at all to the likely ramifications of leftist score-settling.

Which reminds me. I had a few pints in Toner’s the night of September’s March For Choice.

Because I had marched with a Labour Party friend, I ended up sitting with her colleagues, but at one point I spotted a lonely-looking pair of Fianna Fáil friends keeping a low profile and – because FFers can be great craic – I joined them for a jar.

Being somewhat long in the tooth, I’m always conscious that insiders like to let on that they know more than they do and are deeper ‘inside’ than they actually are.

So, with that caveat, here’s what they assured me: Fianna Fáil is planning on running a candidate to oppose President Higgins for a second term in 2018. “And so are the Blueshirts.”

But lads, I said, ye’re mad. Michael D is the most popular president we’ve ever had.

Well, yes, they said, but for the good of democracy (i.e. the good of Fianna Fáil) he can’t be given a second term unopposed.

Oh how I scoffed at them.

But back to Castro.

To me, it’s unarguable: Castro was a monster. His regime was brutal and oppressive, with thousands of opponents executed, independent media silenced, and homosexuals and Christians sent to ‘re-education’ camps. Over a million exiles fled, often risking their lives to do so.

Castro, during the 1962 Cuban Missile Crisis, urged Russia’s Krushchev to launch a nuclear strike on the US. The thankfully more sober Krushchev replied “It would not be a simple strike, but the start of a thermonuclear war”. Castro would have killed every man, woman and child on the planet to win an ideological argument.

As to the ‘economic and social reforms’ President Higgins talks about, well, sure, I’d love to live on an island paradise with vintage cars and the Beuna Vista Social Club, but what point is there in 100% literacy if people aren’t allowed read whatever they choose?

What use is free healthcare if poverty and food rationing abound and awkward bastards like you and me can be jailed without trial for speaking out against the government?

It’s often horrible here, I know, but to be honest I’d rather live in imperfect capitalist misery where I have freedom of speech and my gay friends can openly love (since 1993, anyway) whomever they love.

Thanks all the same, Comrades.

And thank you, too, Michael D. Last week I would have said you deserved a second term unopposed.

Thanks for reminding me of the importance of democracy.

September 29, 2022 0
Every car company has several different models available, but naturally there is always a best seller. With Kia there is no disputing their ‘numero...