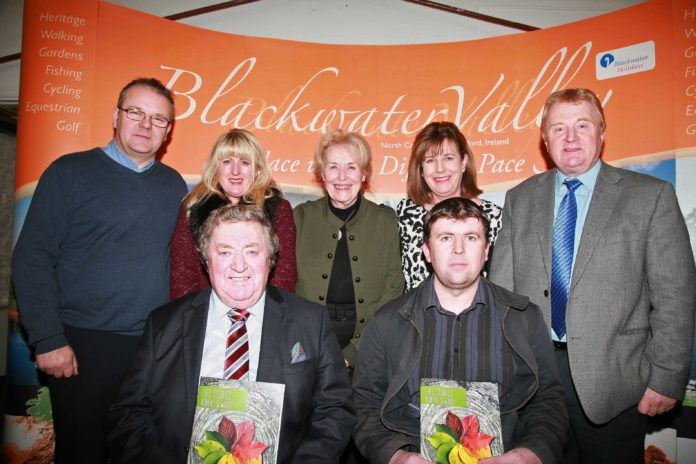 An initiative by Avondhu Blackwater Partnership has resulted in the life stories of 6 people being committed to print.

The man assigned the task of interviewer and biographer was Paul O'Kelly-Lynch and in Michael Dunne, Dave Roche, Mary Farrell, Maurice Moran, William Lonergan and Bob Seward, he had very accommodating interviewees who provided a variety of fascinating details that are also a social record of life in Ireland from the 1930s to the present day.

The suitably titled 'Life Stories' was launched at Avondhu Blackwater Partnership headquarters in the restored mill in Castletownroche on Wednesday last (23rd) and the aforementioned were joined by family and friends.