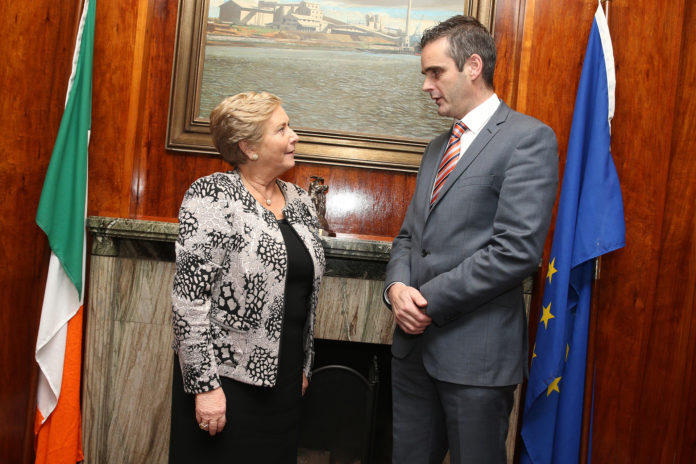 Following a recent meeting with Tánaiste Frances Fitzgerald, IFA President Joe Healy has welcomed the commitment from the Tánaiste and Minister for Business, Enterprise and Innovation Frances Fitzgerald to review the criteria for issuing work permits for farm workers from outside the EEA (European Economic Area).

Joe Healy said, “Minister Fitzgerald recognised the shortage of skilled and general labour supply which has emerged in the agriculture sector in recent years. This is restricting the ability of the sector to achieve its growth targets over the next decade”.

The IFA President said that the Tánaiste undertook that her Department would treat as a priority the shortage of labour supply in farming, particularly for the dairy, horticulture and pig sector and that a review of the criteria to qualify for work permits from outside the EEA would begin immediately.

The IFA meeting was in follow-up to a detailed submission made to the Department by the IFA in relation to labour shortages and the impact this was having at farm level.

“The lack of available labour is beginning to impact on our ability to reach the targets set out in the Foodwise 2025 Plan for the sector,” he said.

The IFA undertook to work with officials in the Department of Business, Enterprise and Innovation on the issue.