The Avondhu Newspaper
Home EURO2016 France, Euro gonna get it! 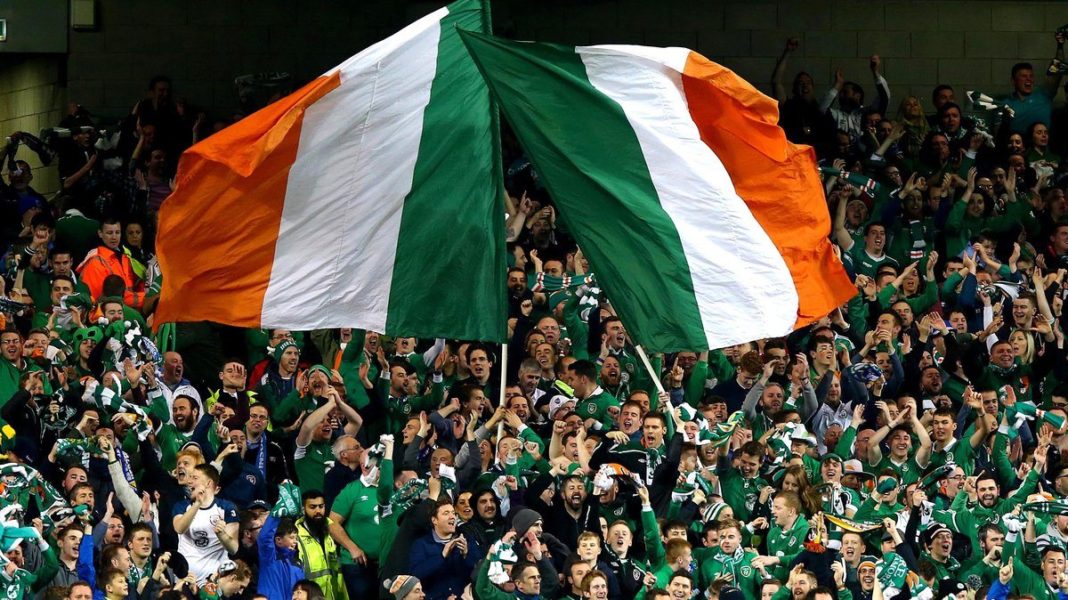 The year of Leicester winning the Premiership.

The year of McElroy winning his first Irish Open.

Feck it, it is even the year of Connacht winning the goddam Pro-12!

So the next big shocker is either going to be Kerry winning the All Ireland Hurling Championships, or the notorious B.I.G’s are going to go all the way at the Euros!

This year, the UEFA Euro 2016 Championship is being hosted in the land of Zidane, la belle France. And ever since Shane Long booted an up-and-over kick into the back of the net past a shell-shocked Neuer, many the “who’s bringing the horse to France?” jokes have been quipped, and phonecalls have been made to “Uncle” John, or Seamus, or Barry at the local Credit Union, requesting loans under the form entitled “Family Holiday, France, June 2016” at the rate of knots.

The only thing different about the family holiday this year though is that the campervan is going to be filled with mostly fully-grown males, travelling in a noxious odour that is a combination of excited sweat and Guinness farts on the 15+ hour journey from their front doors to the campsites of France.

And I am SO jealous that I will not be one of the chosen few travelling in the midst of that fug. Because while Dermot and Dave bemoan that they will have to “lie to the wife, lie to the wife”, my wife is actually my husband. And while he is not a football fan, but I am, for some reason he is not on board with the idea of me travelling abroad with a trailer full of men, leaving him and my daughter behind for a week while I enjoy the Continental Banter. So I will have to make do with watching the action from the comfort of the pub home.

So with that in mind, I am going to list my top 6 reasons that I really, truly believe that Ireland are going to be bringing that cup home this summer.

O’Neill, with the mildly bookish look of a substitute maths teacher, has brought the Ireland team on a lot from the time of Trappatoni. And though he is self-deprecating and logical in his manner, he seems to have gelled the squad in a way that Trap never could. And Keaneo… well, what can you say about Keaneo. If it’s not the “Give me a cuddle” look in his eye, or the Father Christmas Got A Bit Sooty appearance of his impressive beard, then it’s his even-keel nature and love of the bantz that helps him instill team spirit into the squad. And what’s more, he’s from Cork! Let’s just hope that no-one forgets to bring the bibs.

For many years, Irish football has been lacking up front. While Robbie Keane has been a stalwart for us, he isn’t getting any younger and we needed some fresh legs and killer instincts around the goal mouth in order to starting putting balls in the back of the net. Enter Shane Long! And what’s more, “Longy” was also a fantastic hurler in his younger days (for Tipp mind, but I’ll forgive him that), which means he is great with the low shoulder.

If I asked you to guess how many Irish supporters will be travelling to France in the coming weeks specifically for the Euros, what would you guess? A few thousand, maybe? Twenty-thousand? Well, it’s estimated that 70,000 fans will cross the Channel to support the boys in green. And that many people, fuelled by bloodied steaks and copious red wine can only be an asset to the lads. And on that topic, the next reason is…

When it comes to Ireland’s tipple of choice, many’s the Irish pallet that has become accustomed to fine French wine. Imports of Malbec have increased 1,580 fold in the last decade, and the return of the Good Old Days recently means that this is going to increase even further. So the team, and the fans, will arrive in France well adjusted to the French liquid diet.

A while back, I remember hearing Robbie Keane being interviewed and asked “Robbie, what would you be doing if you weren’t a footballer”. He answered “Probably working in a factory”. And although it wasn’t as crudely witty as Peter Crouch’s answer to a similar question (“A virgin!”), I’ve always had a lot of time for the younger Keano. He’s an honest-to-goodness Dub who loves to play, and in particular play for his country. He doesn’t appear to have the airs and graces that come with being a top famous footballer in this era. And that is a rare quality.

This final reason is kinda spooky. I have been doing some deep-analysis on the opposition for the first group games. You know the type of thing – crunching numbers, critiquing opposition tactics and trying to view the stats from a different angle – basically, thinking outside the box. And as you may know, our first three games are against Sweden, followed by Belgium, and finally Italy. And I think I’ve nailed it. I think I have uncovered a formula that has eluded all the top analysts, commentators and back-room staff for the Republic of Ireland team. A theory worthy of the Knights Templar. And here it is….

If you take all the letters from the words SWEDEN, BELGIUM and ITALY, they eerily spell “Stay nil, mui leg dweeb” – which is clearly some kind of ancient Spanish code from the time of the Inquisition, which means “you ain’t gonna score any goals, you very dweeby-legged men”.

What could be  more obvious than that, I’m literally spelling it out for you. So we should all head down to the bookies and put a pony on Ireland at 100/1. Easiest ten grand you’ll ever make…

So there you have it. All that’s left to say now is COME ON YOU BOYS IN GREEN!!!