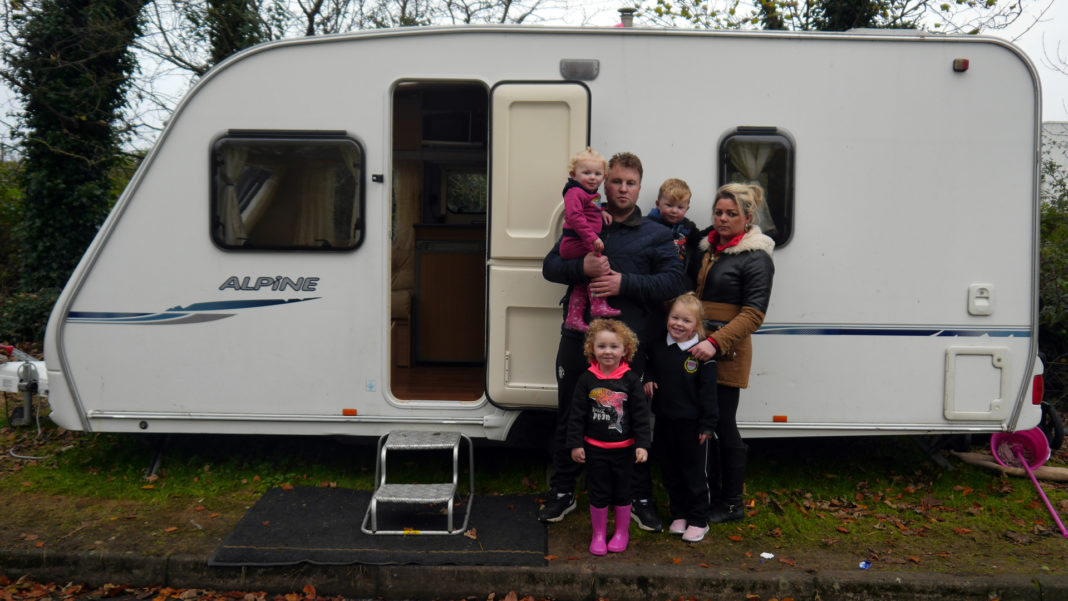 A family of six who have been on Cork County Council's housing list for five years, and who have been living in a caravan in a public lay-by outside Fermoy, were burgled last Friday night.

Gardai confirmed that they attended the scene on Friday night, the same night that seven burglaries shook Cork City.

John McDonagh and Natasha McGuire, members of the traveling community, and their four children, Missy (5), Maggie (3), Billy (2) and Mary Kate (1), have been sleeping in their four-berth caravan in a public lay-by on the Cork Road in Fermoy for the past six weeks.

During the break-in, the door of the McDonagh's caravan was forced and tools, equipment for care of horses and a bottle of gas for cooking were stolen. Gardai are investigating.

Ms McGuire said she now felt vulnerable and was scared to be left alone with the children at the site at night.