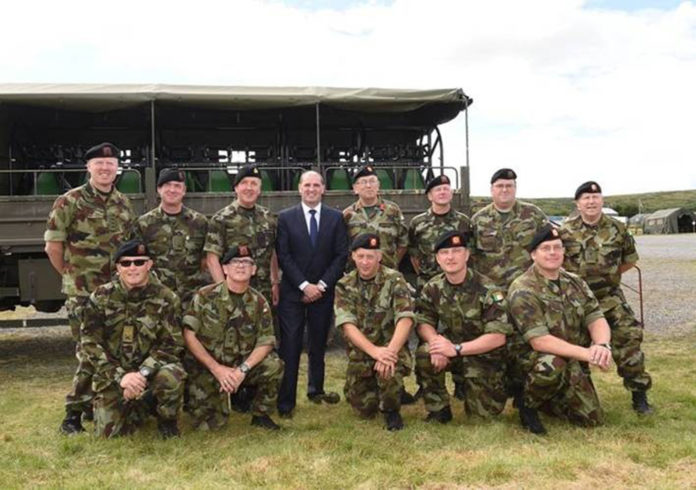 The Minister with Responsibility for Defence, Paul Kehoe TD was in Kilworth last Friday and visited Lynch Camp where the Defence Forces were holding their annual shooting competition.

The Wexford TD also visited Fort Davis near Cobh to witness a robust Company Level Exercise 3 Infantry Battalion earlier in the day. He was accompanied by Admiral Mark Mellett, Chief of Staff of the Irish Defence Forces.

Around 100 army personnel were in Kilworth to take part in a major army shooting competition, which exhibited the best marksmanship within the Irish Army. Speaking after his visit, he complimented the Defence Forces personnel for their continued ‘level of commitment and dedication’.