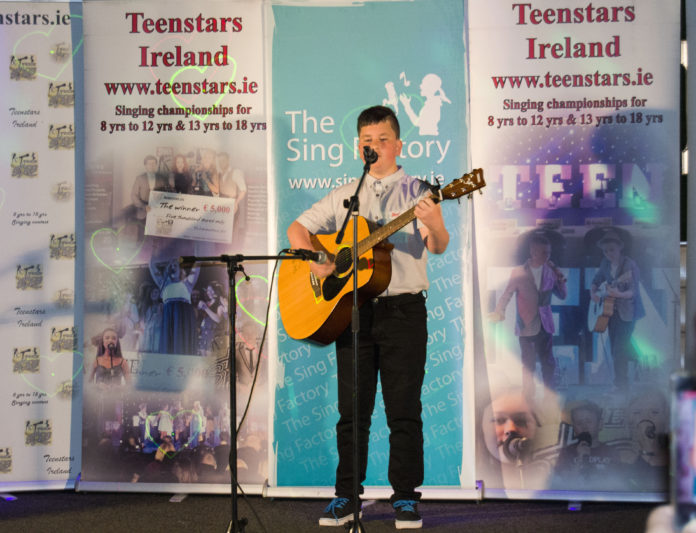 Up-and-coming Fermoy musician Conor Casolani has qualified for the final of the Teenstars Ireland singing competition, having impressed the judges with his rendition of Ed Sheeran’s Castle on the Hill in the semi-finals in the Red Cow Moran Hotel in Dublin last Sunday.

The 12-year-old will perform in the national final at a red carpet night in the Red Cow on Saturday, June 24.

Speaking to The Avondhu, his mother Deirdre said there were 28 performers in the semi-final, having been filtered down from more than 700 entries at the start of the competition. Conor was the only performer in the semi-final to both sing and play the guitar, which he only began playing in the last year.