The Avondhu Newspaper
Home All Opinions My Own In our Centenary, 3,000 years of Irish history mulched for potting compost 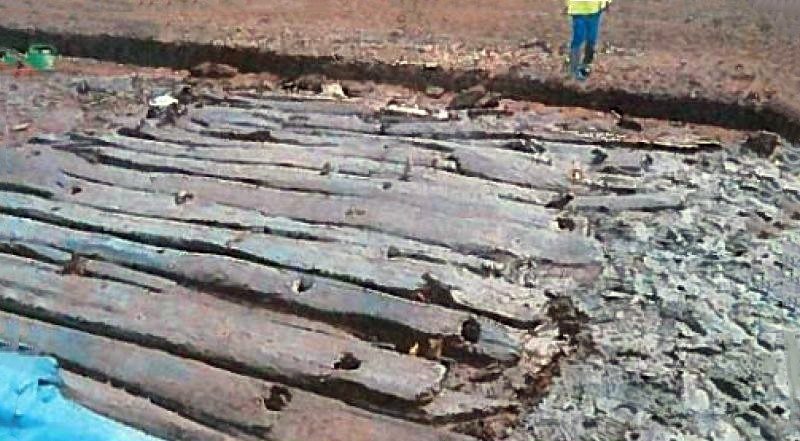 Last year, Taoiseach Enda Kenny claimed that ISIS wants to destroy Newgrange and the Rock of Cashel. Given Ireland’s lack of regard for its heritage, it’s a wonder we haven’t beaten them to it, writes Donal O’Keeffe.

A century ago, in September 1915, the Amesbury Abbey estate in Wiltshire was divided into lots and sold at auction. Sent by his wife to buy a set of dining chairs, local barrister Cecil Chubb instead ended up buying Stonehenge.

Having spent £6,600, Chubb told a reporter that it had not been his intention to acquire the ancient monument, but “While I was in the room, I thought a Salisbury man ought to buy it.” Stonehenge had for years been chipped away at by souvenir-hunters and was now in a worrying state of disrepair. Cecil Chubb vowed to protect it.

Mrs Chubb was unimpressed and, three years later, Cecil Chubb donated the monument to public ownership, saying “it has been pressed upon me that the nation might like it for its own”. As it happened, the nation did indeed like it. A hundred years on, Stonehenge is owned by the British Crown and is now a UNESCO World Heritage Site.

In 2005, a 3,000 year old Bronze Age wooden road was uncovered in Mayne Bog in Coole, Co Westmeath. Described by An Taisce as “a major, timber-built road of European significance”, this was an archaeological find of huge importance.

According to John Waddell, Emeritus Professor of Archaeology at NUI Galway, the Mayne road (or “Togher”) is, in terms of size, age, and antiquity “truly of European significance and on a par with those preserved in dedicated heritage centres like Wittemoor in Lower Saxony, Flag Fen in Peterborough (UK), and Corlea in County Longford”.

Professor Waddell’s mention of Corlea is interesting. The Corlea Trackway (Bóthar Chorr Liath) is an Iron Age structure near the village of Keenagh in Co Longford. At least a kilometre in length, it was wide enough for two chariots to pass each other side by side and it has been dated to 148BC. Corlea has an interpretive centre which has, for the past 21 years, employed four people seasonally from April to September and, attracting over 5,500 visitors each year, it is now Longford’s leading tourist attraction.

With all of the considerable respect due to Corlea, the find in Westmeath puts Corlea in the ha’penny place. Whereas Corlea is a trackway, the Mayne Togher is a proper road, up to 6 metres wide and 675 metres in length but, An Taisce notes, “it was seen to extend beyond both recorded limits”. Mayne is also a thousand years older than Corlea.

Mayne Bog is worked by Westland Horticulture, which extracts peat from the site. Despite carbon-dating the find to 1200 to 820 BC, the National Monuments Service – for some reason – did not issue a preservation order or record the road in the Register of Historic Monuments. Apart from two minor excavations, no serious archaeological work has been done on the discovery and – crucially – no legal impediment has been put in place to prevent the destruction of Mayne Togher.

For the ten years since the find, Westland Horticulture has – entirely legally – continued to mulch something as old as Newgrange into compost for window boxes. At least 75% of the road is gone now. Dr Pat Wallace – former director of the National Museum of Ireland – has described this as “an international calamity”.

Professor Waddell says “It is quite extraordinary that this discovery has not been the subject of comprehensive survey and more extensive excavation. It is a scandal that its destruction through industrial peat cutting continues unchecked . . . Given the European significance of discoveries like this, the inaction of the Department of Arts, Heritage and An Gaeltacht is as depressing as it is inexplicable.”

A spokesperson for Minister for the Arts, Heritage and An Gaeltacht, Heather Humphreys TD, told An Taisce: “Further steps under the National Monuments Act… would not be warranted at this stage.” It’s hard not to interpret that as “Sure the damage is done now. They might as well keep going.”

Even a completely soulless Philistine without any regard for our culture, history or heritage would have to admit that – if nothing else – the destruction of the Mayne Togher represents a stunning disregard for the potential for tourism attendant upon such a discovery. Even if money is the only thing which moves you, you’d have to wonder how we can afford to squander such a resource.

“The track is undoubtedly of European significance and far older than the Roman roads,” Ian Lumley of An Taisce told The Irish Times. “We’re now referring the matter to the European Commission for intervention on the basis of a (possible) breach of a European Commission Environmental Impact Assessment Directive.”

However, even if Mayne Togher is now, belatedly, declared a national monument, more than three quarters of it has been needlessly destroyed. And for what? For potting compost.

A century ago, a private citizen bought Stonehenge to ensure it would be preserved for posterity. Imagine if he had decided instead to have it ground down to sell for driveway gravel. That’s how grubby and awful this is. We deprive our future of the wealth of our past and we do so out of sheer stupidity.

Oscar Wilde said a cynic knows the price of everything and the value of nothing. Well, the price of a decent-sized bag of potting compost is about a tenner in your local garden centre.

In this, our Centenary year, what is the value of 3,000 years worth of Irish history?