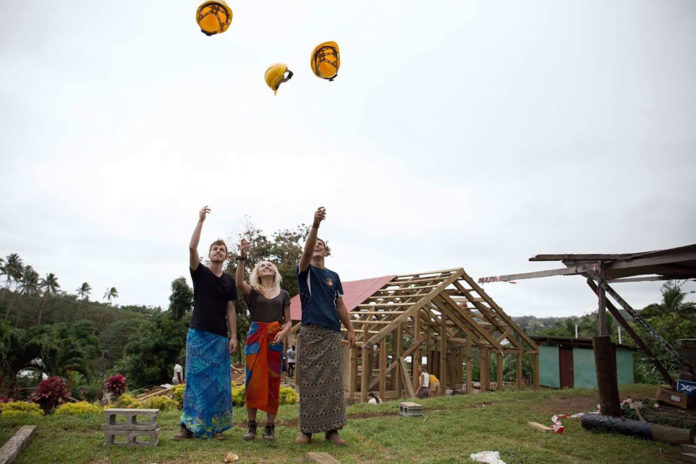 Local woman Breffni O'Brien recently graduated with an Honours Degree in Architecture from UCD. Although absent from her graduation ceremony due to her involvement in a building project in Fiji, she improvised and donned a hard hat instead of a mortarboard for her graduation photo.

Breffni, from Kilworth, took part in a building project in the village of Naweni on the island of Fiji, organised by architecture group CAUKIN who select architecture graduates from around the world to volunteer their time to design, and then build, in parts of the world that will benefit from their skills.

Breffni saved for her owns flights and expenses and then raised nearly €3,500, funds that were used directly to purchase materials and other items necessary for the project.

The participating volunteers were divided between two villages and stayed in the homes of the villagers, all receiving a warm welcome.

The Naweni project involved the building of a Kinder garden school to replace one which was destroyed in a hurricane. The eight women and four men completed the build in six weeks with no diggers or lifting equipment.

Locals offered their help and the women and kids of the village supplied coconuts straight from the trees, offering welcome refreshment.

With only limited electricity much time was spent enjoying the simple life of the families.

Breffni has since finished the project and will be returning home in the New Year.