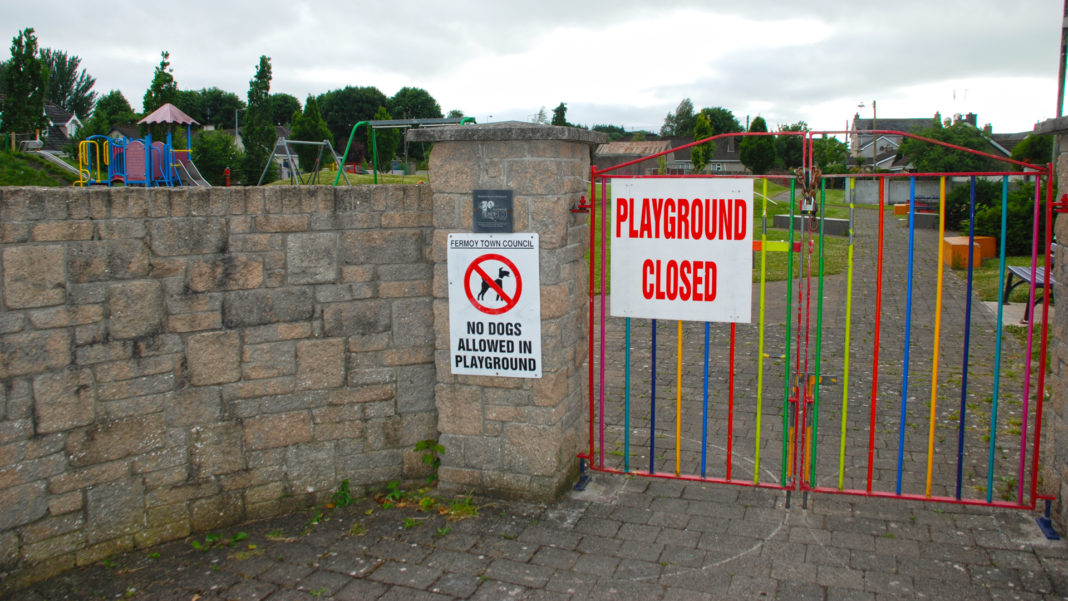 Cork Road Residents Committee were left shocked and disappointed this week by the damage at the vandalism that occurred at the playground on Sunday last which saw parts of the mat flooring torn up by the vandals.

PRO of the committee Tadhg O’Donovan said that following the vandalism which has resulted in the closure of the facility, the immediate action has been swift and widespread, culminating in a raw sense of frustration.

Some residents living adjacent to the park. described the perpetrators as 'scum of the earth'.

“The attack was not alone a crime act but a direct attempt to deny children of the facility, particularly at this time of year in ever increasing numbers as a result of school holidays,” said Mr O’Donovan.