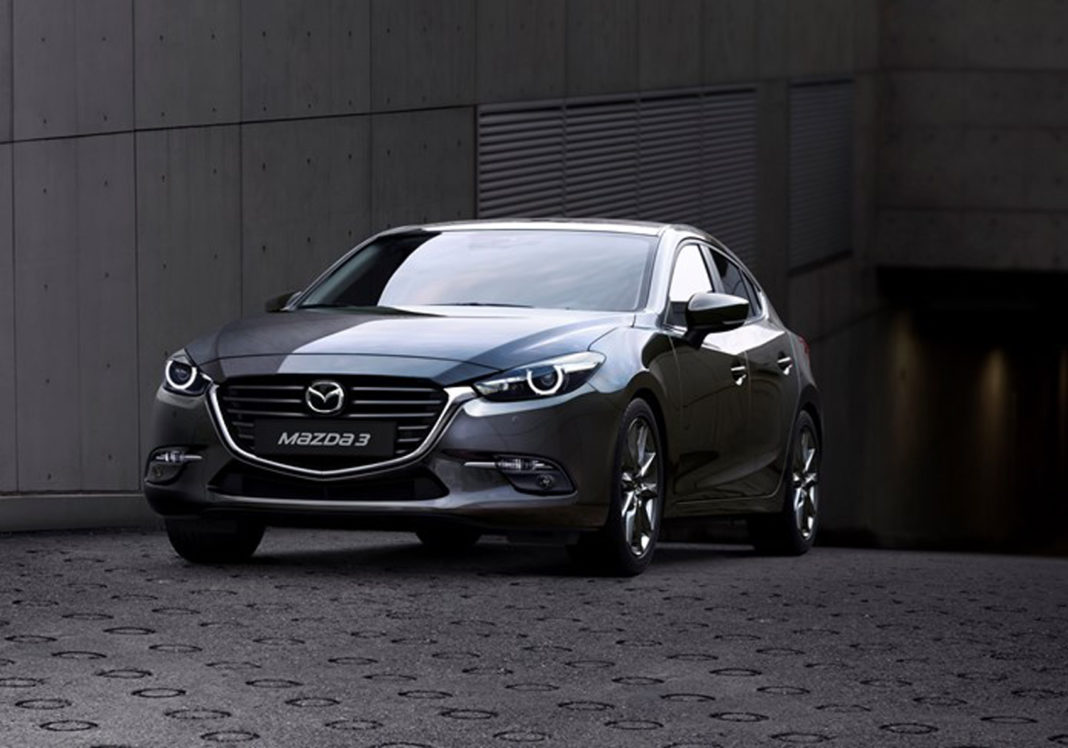 With global production having passed five million cars at the end of April 2016, the highly acclaimed Mazda3 is updated with the launch of the 2017 Mazda3. Highlights across the full Hatchback and Saloon range include subtle exterior changes and an updated cabin. And, with the introduction of G-Vectoring Control, the debut of Mazda’s SKYACTIV-VEHICLE DYNAMICS technology in the Mazda3 range.

Like with all new-generation Mazda’s, the carmaker developed the latest version of the 2017 Mazda3 based on a human-centred development philosophy, paying close attention to human traits and perceptions to deliver a satisfying sensation to drivers and passengers alike.

The sporty compact also received an extra portion of Jinba Ittai, Mazda’s rider-and-horse-as-one approach that originated as the guiding principle behind the iconic Mazda MX-5 roadster.

Inside, the 2017 Mazda3 adds usability and practicality with, for example, an enhanced Active Driving Displayfeaturing a high quality full-colour display. It eases communicating information to drivers without any need for them to take their eyes off the road.

Among other things, Mazda has also improved steering wheel ergonomics. Outside, the award-winning hatchback and saloon received a redesign featuring a revised grille adding to a solid, low stance with a strong, composed physique.

The 2017 Mazda3 marks the world debut of G-Vectoring Control (GVC). It is the first system in the new SKYACTIV-VEHICLE DYNAMICS range of technology providing integrated control of the engine, transmission, chassis and body to enhance the Jinba-Ittai factor.

GVC varies engine torque to optimise the load on each wheel, providing more precise handling as well as a smoother ride under virtually any driving conditions. Diesel-powered versions of Mazda’s newest compact get high-precision boost control, which enhances accelerator responsiveness.

It also comes with one new diesel knock reduction innovation (Natural Sound Frequency Control) to dampen the vibrations that cause knocking in three critical frequency ranges, while extending another related technology (Natural Sound Smoother) to all diesel models.

Advanced active and pre-crash safety equipment includes Advanced Smart City Brake Support (Advanced SCBS). Its forward-sensing camera replaces the current system’s laser, expanding the speed range for detecting other vehicles while adding pedestrian detection capabilities. The 2017 Mazda3 will also be offered with LED Headlights and an adaptive front lighting system that adjusts the angle of the headlights when cornering.

The 2017 Mazda3 is now available in official Mazda retailers and ready for order for the 171 plate change.