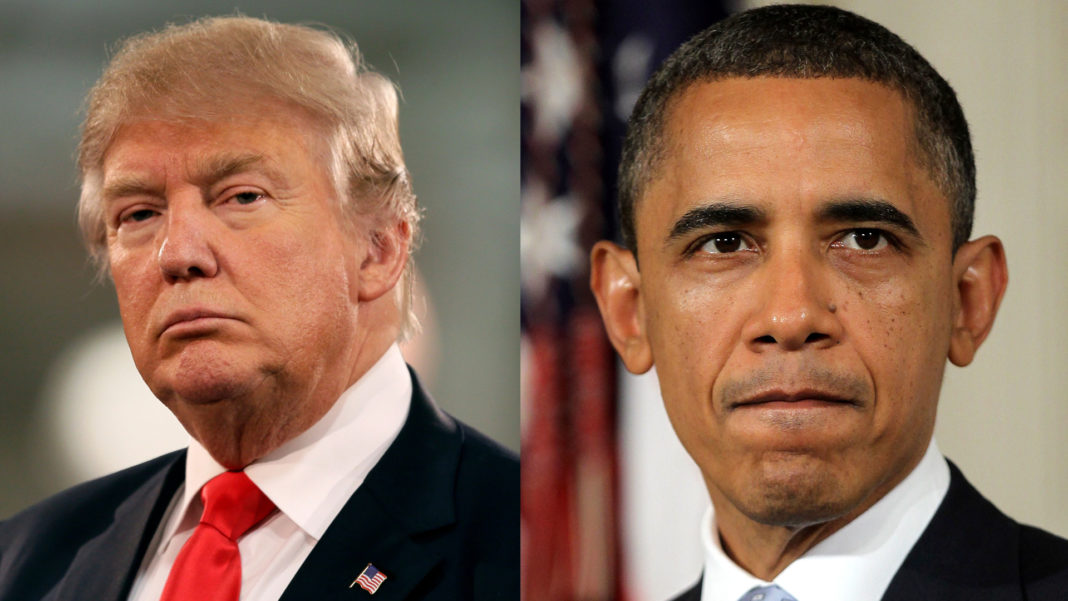 In August 2016, the then US president Barack Obama, did something that seemed at the time extraordinary. He straight-out said that the then Republican presidential candidate, the erratic, petulant, proudly-ignorant, multiple-bankrupt, self-confessed serial sexual abuser and race-baiting demagogue Donald Trump, was not fit to be president.

Now, it’s hardly unprecedented for a sitting commander-in-chief to intervene in a presidential election in which they are not on the ticket, but Obama’s language was striking in its directness.

“I said so (at the Democratic national convention), and he keeps on proving it. The notion that he would attack a Gold Star family (a Pakistani-American Muslim family whose son, Captain Humayan Khan, had been killed in 2004 during the Iraq War) that had made such extraordinary sacrifices on behalf of our country, the fact that he doesn’t appear to have basic knowledge around critical issues in Europe, in the Middle East, in Asia means that he’s woefully unprepared to do this job.”

Obama noted that Trump was in quite another category from John McCain, whom he defeated in 2008, and Mitt Romney, whom he beat in 2012.

“I think I was right and Mitt Romney and John McCain were wrong on certain policy issues but I never thought that they couldn’t do the job. And had they won, I would have been disappointed but I would have said to all Americans: this is our president and I know they’re going to abide by certain norms and rules and common sense, will observe basic decency, will have enough knowledge about economic policy and foreign policy and our constitutional traditions and rule of law that our government will work and then we’ll compete four years from now to try and win an election.

“But that’s not the situation here.”

Obama and Trump have long found their political careers intertwined. Trump built his base around the racist lie that Obama was not born in the US and was thus ineligible to be president. Obama’s revenge – his merciless mockery of Trump at the 2011 White House Correspondents Dinner – has long been theorised by some as the real reason Trump decided to run for president. And, since Trump’s shock defeat of Hillary Clinton, his defining presidential policy seems to be to attempt to dismantle every last part of Obama’s legacy.

Last year, a hundred or so days into the rolling shambles that is the Trump administration, the pomposity and self-pity of The Most Powerful Oompa-Loompa In The World was in full flight, with the Crybaby-in-Chief claiming “No politician in history… has been treated worse or more unfairly”.

The British TV presenter Dan Snow, commented: “Well, the Emperor Valerian was captured in battle, enslaved, used as a foot-stool, forced to drink molten gold and then skinned and stuffed.”

It’s doubtful, of course, that a president who famously doesn’t read, or indeed listen, would know who Valerian was at all, or even that the Roman Empire wasn’t a game-show host or a line of men’s luxury bath products.

“You campaign in poetry,” said the late Mario Cuomo, former governor of New York in 1985, “You govern in prose.” A year into Trump’s catastrophic presidency, it’s quite clear that while the former reality TV star campaigned in bile and bombast, he is governing in utter chaos.

Last week, Trump was driven to enraged Twitter distraction by Michael Wolff’s newly-published book “Fire and Fury”, tweeting that he’s a very stable genius. No, really. It seems apparent that Wolff – a glorified gossip columnist with an especial grá for New York’s fabulously rich – plámásed his way into the West Wing and sat on a sofa for most of the year as the genuinely horrible creatures orbiting the moral black hole that is Trump leaked and gossiped, just as the spray-tanned Jabba the Hutt they worshipped and despised was locked into the Lincoln Bedroom, three tellies on and all the cheeseburgers he can eat, even as he telephones anyone who will listen to – and publicise – Trump’s stream-of-consciousness gibbering bitterness.

I’ll be buying a copy of Wolff’s book, of course. Friends have sent me pirated digital copies, but I’m very old and I love books. I’ve read the same excerpts as you have, and I’m struck, probably as you are, that while Wolff picked up a lot of delicious detail and some fantastically damaging quotes from the now-contrite alt-right human virus Steve Bannon, (fired last night from Breitbart,) there seems to be very little actually new there.

The book says Trump had never intended to win, that his plan was to be the most famous man in the world and to blame his defeat on Crooked Hillary, and maybe to establish Trump TV. I think anyone who saw his shell-shocked acceptance speech knows Trump never thought he’d win, just as we all know Clinton’s failure to even prepare a concession speech, shows she never imagined losing.

The book says Trump likes to be in bed at 6.30pm and eating cheeseburgers. Anyone who has followed the news since the universe decided to Sliding Doors us towards the Apocalypse knows that Trump – who can look at a 10-year-old girl and fantasize about dating her – is a deeply weird man who should not be let in charge of a tricycle, let alone the most dangerous nuclear arsenal on the planet.

The book suggests Trump is a man not in full charge of his mental faculties. Frankly, anyone who has seen his Twitter account knows that all too well.

I’ll be buying Wolff’s book, of course, but I suspect I’ll learn little from it other than the blindingly obvious:

Obama was right. Trump is fundamentally unfit for office and things are only going to get worse.