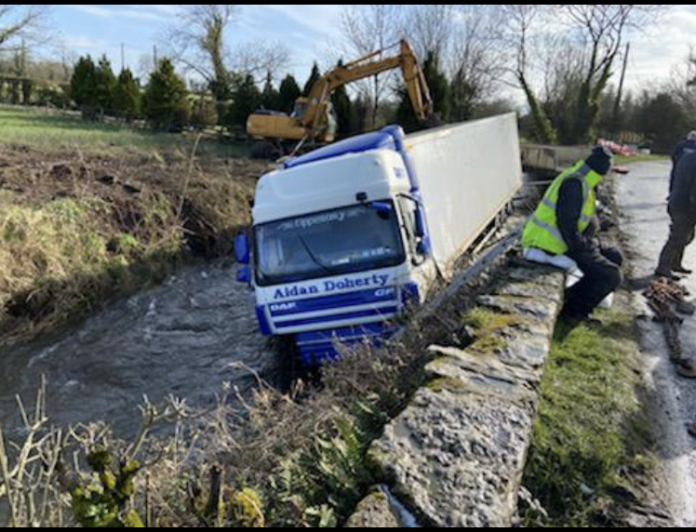 Icy conditions near Knocklong on Wednesday resulted in a truck leaving the road and finishing up in the River Camogue near the South Limerick village.

The incident saw the main Limerick road between Hospital and Knocklong closed to traffic as cranes attempted to lift the stricken lorry from the water.

“It was pure luck that no one was killed or injured in the incident,” Cllr Ger Mitchell told The Avondhu.

“The roads were very icy in the area this morning. It is close to a dangerous bend and the truck went straight into the Camoge there.

“They were having a lot of trouble trying to get it out of the water – we are just lucky no one was injured,” the local councillor who was at the scene said.