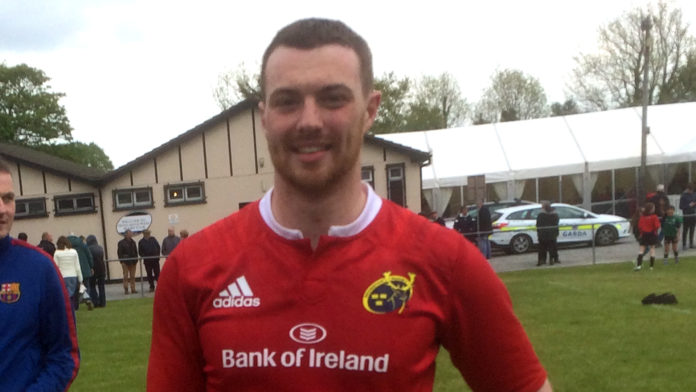 Local history maker Tom O’Callaghan, who recently became the first Mitchelstown rugby player to represent the Munster Junior side in all three inter-provincial games against Ulster, Leinster and Connacht, has said he is delighted and proud to have been selected to represent his province.

Tom, who also won the Division 3 title with Mitchelstown Rugby Club this season, is son of Pat and Mary O’Callaghan and a former student of Ballygiblin NS and CBS Mitchelstown.

Introduced to rugby by Harry Kinsella and Lisa Sheehan at the age of 15, the centre (number 12) went on to have spells with senior sides Bruff and Highfield of Cork, before returning to his local side Mitchelstown.

“It was a great year for me. It was an honour to take part in the inter-pros and winning the league with Mitchelstown capped a great season,” said Tom.