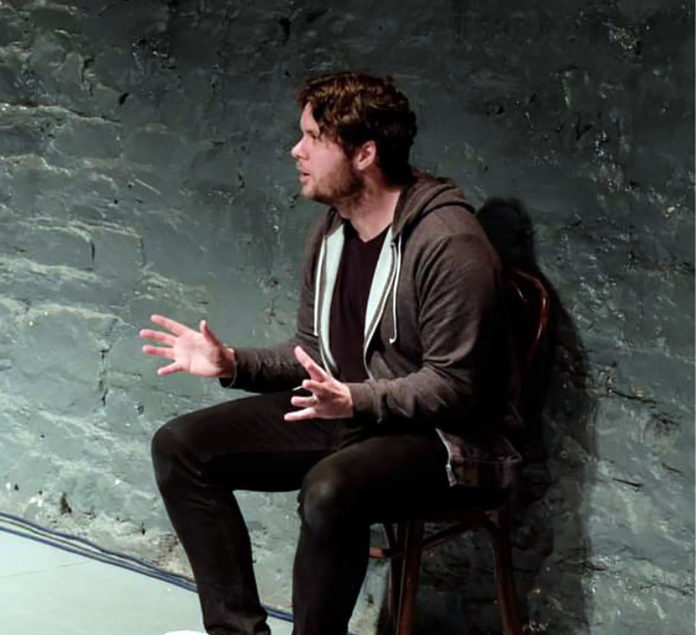 Drama lovers will be interested in ‘The Story’, written and performed by Timmy O’Mahony, which comes to Kilworth Community Centre on Thursday of next week, September 22.

Tom Walsh is a bit of a recluse who does nothing but watch Sherlock Holmes films but when his friend George goes missing, he starts to think like Sherlock Holmes in a frantic effort to save George before it’s too late. It is a journey of the self as he attempts to find his way in the world again.

Timmy O’Mahony is a playwright, performer and theatre maker based in Cork. He has written and produced a number of plays over the last 5 years including ‘Saviour, Symphony No.5’ and ‘Dancing Dogs’. His work is intimate and adventurous. He plays with the concept of ‘making the ordinary become extraordinary’. He focuses on strong storytelling being delivered by engaging characters, using little props or staging.

Timmy has previously been resident in Corcadorcas Theatre Development Centre and as an Artist at Work resident with Dublin Fringe Festival.

Timmy first started out in the Arts with a small role in Ken Loachs film ‘The Wind that Shakes the Barley’ which he filmed while preparing to sit his Leaving Cert in Farranferris Secondary school in Cork City. He then went on to act with Corcadorca theatre company and other theatre companies before joining an actors’ workshop group under the guidance of then Artistic Director of The Everyman Palace theatre in Cork, Michael Barker-Caven. He then began writing for theatre and set up the Farna Theatre Company in order to produce his own work.

‘The Story’ is part of the Local Live Performance Programme Scheme (LLPPS) being supported by the Cork County Council & and The Department of Tourism.

There is no booking required, just show up for an 8pm start and remember the venue is Kilworth Community Centre (next to the Catholic church).