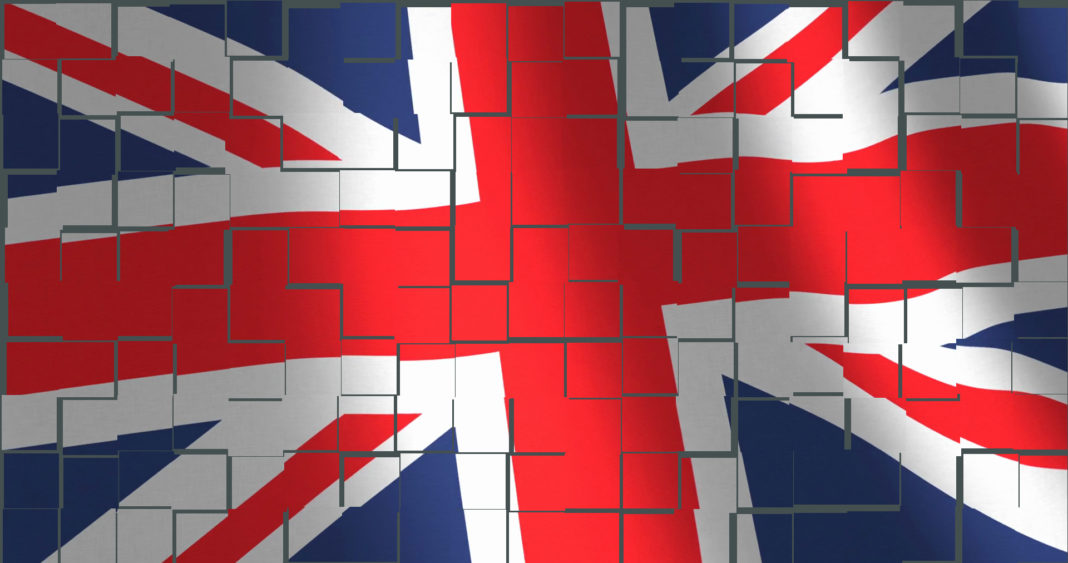 The majority of Conservative Party members would break up the United Kingdom for Brexit, a poll revealed last week. That’s not surprising, says Donal O’Keeffe.

“Fack Norvern Island,” bellowed the red-faced Englishman at my friend and me in the Welsh pub, not five minutes after he had teary-eyed sung the praises of the Union, “and fack the Scots, and fack this facken place too!”

It was early May, and I was on a press trip to Wales. It’s a beautiful part of the world, and one I had never really explored before. As a guest of Stena Line, I was whisked across the Irish sea on the luxurious ferry Adventurer, and – with a small group of journalists – taken on a whirlwind tour of North Wales, stopping overnight in Beaumaris.

We’d had a lovely meal in the Bull’s Head, a tavern dating back to 1472, and were settled in to a few pints in the bar, a fine old wood-panelled room where staff call you ‘My love’ and there’s a woolly dog snoozing in front of an open fire. Charles Dickens stayed there, back when he was a jobbing journalist.

There was a big Englishman at the table beside us, a loud fellow in his sixties. He was with a woman who seemed less than amused, and a dog which had the air of one up past their bedtime. The Englishman – let’s call him “Reg” – engaged us in conversation, although that was mostly one-sided, as he didn’t seem too interested in our opinions, his own being far more urgent.

He started out mildly amusing, but being the worse for wear, he slurred loudly and rapidly toward obnoxiousness. There were moments when a full-blown row was there if we wanted it.

When closing time hit at 11pm (seriously?) our English friend wasn’t the only one enquiring if there was anywhere else to get a drink.

One of the bar staff said there was one place in town likely to be serving late, but he thought that pub might be “too rough” for us. I assured him that no matter how rough it might be, he was very much mistaken.

Reg and his companions departed through the front door in a muffled commotion, as Michael, one of our group, and I tried in vain to persuade our colleagues to come for a late pint. Failing to lead even journalists astray, we headed out into the night.

Following the sound of music, Michael and I sauntered into the pub we had been told was “too rough” for us – “The Broken Arms”, I joked – and of course it was perfectly fine. There was a pool table, and Metallica on the jukebox, and everyone was very friendly – except for the Englishman balanced precariously on a bar stool. Reg greeted us loudly as a pair of facken, well, it sounded like the abbreviation of cannots. In the interests of Anglo-Irish relations, I bought him a pint.

“What the fack is happening wif your Norvern Island?” he asked by way of a conversation starter. Lyra McKee had been murdered less than a fortnight earlier; an atrocity so upsetting as to make even the British news. It was a fair question, all things considered, although a cynic might have replied that at least half the problem, Reg me old son, is that your lot think the North of Ireland is yours.

We tried to give him the Ladybird version of Irish history. Michael, being from the North, was far more informative than I was. We explained that the Good Friday Agreement is an article of faith for the vast majority of Irish people. 94% of the Republic’s electorate voted for it, and 71% of the North’s.

I told Reg that a desire for peace unites all of Ireland. Everything else is politics, argument and persuasion. Michael explained that dissident Republicans, while only counting for tiny numbers, are a threat to peace, and one bullet can have catastrophic results. For the vast majority of Irish people, we said, regardless of religion, or politics, or nationality, when it comes to peace, we’re all in this together.

Michael bought another round, as Reg became quite passionate about the idea of peace in Ireland.

“We’re all in this togevvah!” he roared. “English, Irish, Scottish and Welsh! One Union!”

We decided to let that one go.

And then I made a stupid mistake.

“Y’see,” I said, “membership of the EU was critical to the Peace Process. Unionists could be British, and Nationalists could be Irish, and it didn’t matter because we were all in the EU. Unfortunately, with the power vacuum in Stormont, and the Border suddenly becoming Ground Zero in Brexit, there’s a real fear we could see a return to –”

“We’re the United Kingdom of Great Britain an’ Norvern Island! We led the greatest Empah the world has evah known! We don’ need no facken EU!”

Well, yes, I said, but you see the thing is that if the UK leaves the EU, we need to ensure there isn’t a hard border on the island of Ireland. That’s the point of the backstop.

But don’t you see, I said, a hard border on the island of Ireland means customs posts, and customs posts was where the Troubles began. And you can say, as I’ve heard other Brexiteers say, to hell with the North of Ireland, but do you not see that if the North goes, Scotland might go too?

“Fack Norvern Island, and fack the Scots, and fack this facken place too! We don’t need none of ‘em!”

Reg announced he was leaving (the pub as well as the EU) and so I called a pair of pints. As they arrived, Reg got the hump I hadn’t bought him one. Michael pointed out that he’d said he was leaving, and if he wasn’t, it was his round. Reg then left, unsteadily but full of certainty.

When I met ‘Reg’, I thought him a drunken outlier. Now I see he speaks for mainstream English Conservative politics.

Brexiteers are filled with religious certainty and will burn everything to the ground in the name of leaving the EU. British politics, like US politics before it, has become a cautionary tale.