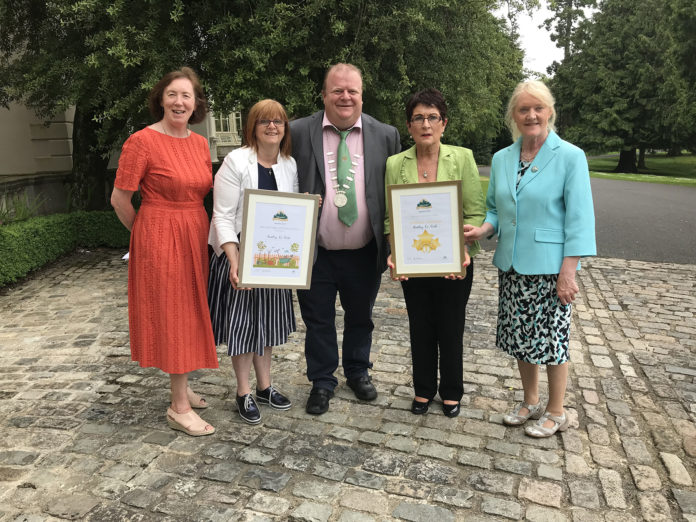 The category and overall winners were announced at an awards ceremony in Farmleigh House, Dublin on Tuesday. The county Cork town also won the Best Kept Small Town category.

The Department of Rural and Community Development and the Northern Ireland Amenity Council initiated the Ireland’s Best Kept Towns competition in 1995 to help raise the profile of both the SuperValu TidyTowns and Northern Ireland's "Best Kept" competitions, and therefore help to improve the standard of towns and villages across the island of Ireland.

All entrants were marked against strict adjudication criteria that included cleanliness, the outward appearance of buildings, the presentation of roads and public facilities and the natural environment.

Mayor of the County of Cork, Cllr. Christopher O’Sullivan noted: “Bantry is a very deserving town for these prestigious awards. It is a place of great natural and cultural heritage and this is maintained excellently by a strong community. It’s the people of Bantry who guarantee that The Council’s investment here is well spent. Bantry Tidy Towns deserve special congratulations. Their work has ensured Bantry is getting the recognition it deserves as one of Irelands Best Kept Towns.”