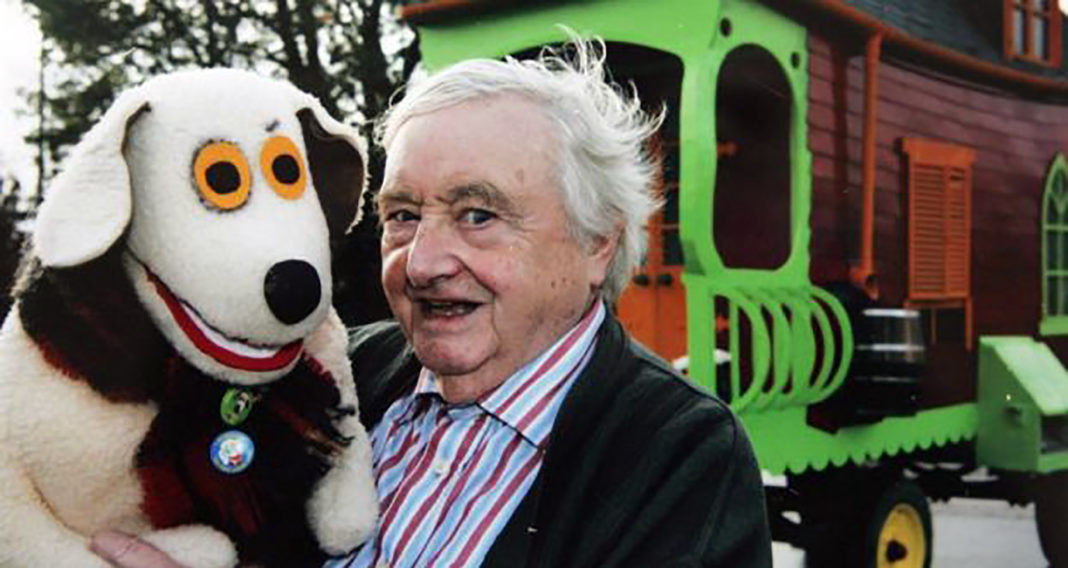 I had a bit of a scoop recently. My five-year-old self would have absolutely hated me for reporting the possible final end of all that remains of Wanderly Wagon, and I wasn’t too happy myself, either.

It was a lovely, sunny, Saturday afternoon in Monkstown, Co Dublin. The squawks of seagulls peppered the salt air as I parked my car and took a stroll up Clifton Lane. I had got a tip-off that the Lambert Puppet Theatre was about to be closed and put on sale, so I went to take a look.

The first thing that struck me, in one of Ireland’s wealthiest addresses, apart from the shabbiness of the exterior of the surprisingly large premises, was the empty metal framework over the main doorway in which should hang a sign advertising the puppet theatre. I rang the bell, and called the number advertised in what looked like an old poster in a notice board by the door. No reply.

I had mailed the theatre, but failed to make contact.

The Lambert Puppet Theatre was founded in 1972 by the puppeteer Eugene Lambert, with his wife Mai. Lambert had been a stalwart of the Dublin vaudeville and variety scenes in Dublin in the 1950s and 1960s, and he became a regular fixture on RTÉ in the early 1960s, devising and producing the puppet series Murphy agus a Chairde, and he went on to co-create and co-star in Wanderly Wagon (1967-1982).

One of my earliest childhood memories is of my mother telling me a programme I liked, one with talking animals, was due back on TV. For my sisters and me, and later my brothers, that programme became the focal point of our weekly viewing.

Wanderly Wagon became a favourite with generations of Irish children. The magical caravan was piloted by Rory, a guitar-playing matinee idol Bill Golding, and by the cowardly O’Brien, played by Eugene Lambert, and by the kindly Godmother, played by Nora O’Mahoney. 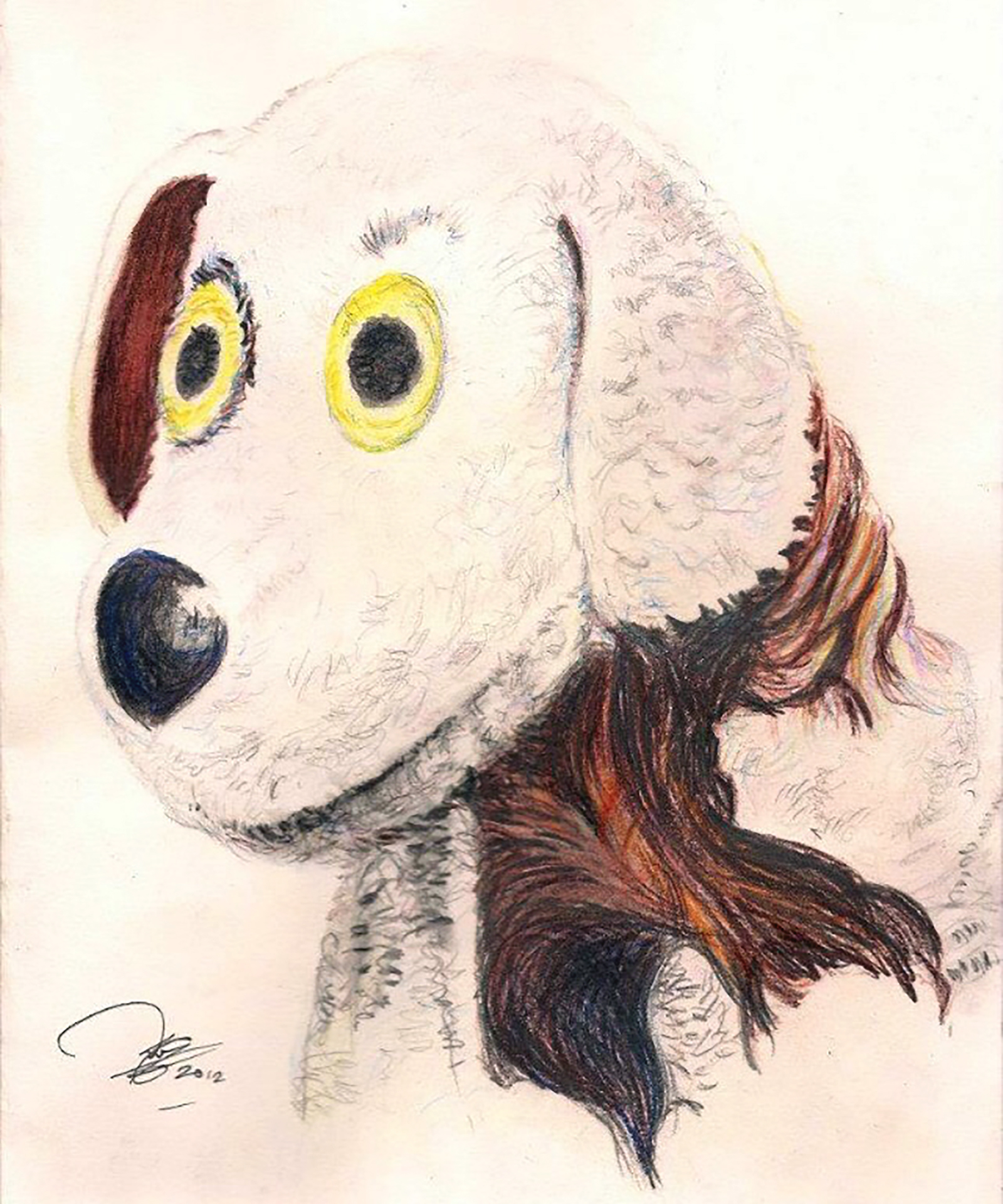 Judge – as illustrated by Donal O'Keeffe.

For me, the real star of the show was Judge, a wise and kind dog who never strayed far from O’Brien’s arm. Judge was regularly the brains and conscience of the outfit. The Wagon was populated too by puppets such as Mr Crow, an excitable, camp Dub who lived in a cuckoo clock. In the attic lived the Squirrels, and in the walls were moon-mice. All of those characters were performed by the ten Lambert children.

Rory left the Wagon, about half-way through the show’s run, to go and live on the moon with Foxy Loxy, a mysterious fox voiced by Golding. Foxy had what Bill Golding told me recently was a New York Jewish accent, and before he left with Rory, he lived in the Wagon’s rain barrel.

The late Frank Kelly is remembered now for playing Father Jack in Father Ted, but to some of us he will always be beloved for Wanderly Wagon’s manic, incompetent recurring villain Doctor Astro, and his slithery sidekick Ssneaky Ssnake.

One memorable sequence had Kelly perform, in his cod-German accent, the world’s worst knock-knock joke.

(Paula Lambert has told me that when the Lambert kids were small, Kelly was the kindest man, and he loved making them laugh.)

The Lambert Puppet Theatre was opened officially by Gay Byrne in 1972, and it would itself become a beloved part of many an Irish childhood.

In 1976, Eugene Lambert’s old friends Micheal MacLiammóir and Hilton Edwards guest-starred in the Lambert Puppet Theatre’s production of Alice in Wonderland, with MacLiammóir providing the voice of the Cheshire Cat, and Edwards playing the Caterpillar.

Eugene Lambert died in 2010, aged 81, and the theatre passed to his son Liam.

The Puppet Theatre had to be extensively rebuilt following an August 2015 arson attack.

When I got my tip-off that the Lambert Puppet Theatre was about to close, I asked Paula Lambert for a comment. She’s the voice of Bosco, and she and Bosco were really lovely to my niece Mary when Bosco played the Everyman in Cork. Paula and Bosco begin a nationwide tour in October, celebrating Bosco’s 40th Anniversary. Paula told me she simply didn’t have sufficient information to comment.

I spoke then with her brother Conor. He’s the owner of the Carrick-on-Shannon –based company Custard Pie Puppets, and he told me my call was the first he had heard of the sale.

“I’m very disappointed, and I can only hope the proceeds will go toward a new theatre,” he said. “It was Wanderly Wagon that built that place. And it was all of us who built it.

“I think puppetry in Ireland is overdue a revival, and with my own puppetry, I try to keep my father’s legacy alive. I’ll just have to try that bit harder now.”

He finished our conversation wishing his family all the best.

Bill Golding, who played Wanderly Wagon’s original lead, Rory, told me he was “profoundly sorry” to hear of the planned sale.

“I simply cannot imagine Dublin history or theatre without the Lambert family. I really hope this is not the end of the Puppet Theatre.”

The day after I broke the story in the Irish Examiner, it was confirmed by the Puppet Theatre’s director, Liam Lambert. Speaking to RTÉ’s Morning Ireland, he said the decision to sell the premises was taken as a result of financial pressures.

“There is an old saying in the theatre business – first in to recession and last out. When the crash happened we were hit straight away. Our demographic – people with young children – were the first hit. 60% of our turnover was from school tours and in the first year of the downturn that was cut in half.”

He told RTÉ that while the puppet theatre premises will be sold, it is his hope that the business will continue as a touring theatre troupe.

“This has been a very emotional day,” Paula Lambert told me. “Bosco put out a tweet saying ‘Puppets’ hearts can break’. Temple Street Children’s Hospital replied with a virtual hug, and that really made me cry.

“The Lambert Puppet Theatre was Ireland’s only national puppet theatre and it’s an irreplaceable loss.

“It was my parents’ dream that puppetry would be a part of Irish children’s lives. This is such a blow to their legacy.

“I really felt today that my Daddy had just died all over again.”

The day after my story broke, Bosco tweeted: “I’m sad but it’s alright to be sad when something sad has happened”.

That’s Eugene and Mai Lambert’s real legacy, I think. They gave generations of Irish children of all ages a world of imagination, and wonder, and joy. That’s something which is a part of us now, and can never be taken away, not by cancellation, not by closure, and it’s something we share gladly with the children who follow in our footsteps.

Following up on my story, I contacted Áras an Uachtaráin and asked President Michael D Higgins for a comment.

He said: “I was disappointed to hear the news of the closure of the Lambert Puppet Theatre and Museum, which for over four decades has brought joy and entertainment to countless children – and to all those of us who are young at heart.”

The President, long a patron of the Arts, praised the Lambert family not just for spreading joy, but also for using their art as a means of education.

“The characters that the Lambert Puppet Theatre introduced us to were not only amusing but also very encouraging to their audiences, helping them explore and query the world around them as to the nature of relationships, perseverance and ethics.”

“We will always be grateful for the ways in which the Lambert family, through their skills and dedication, have enriched Irish society and I look forward to seeing their work also in future years.”