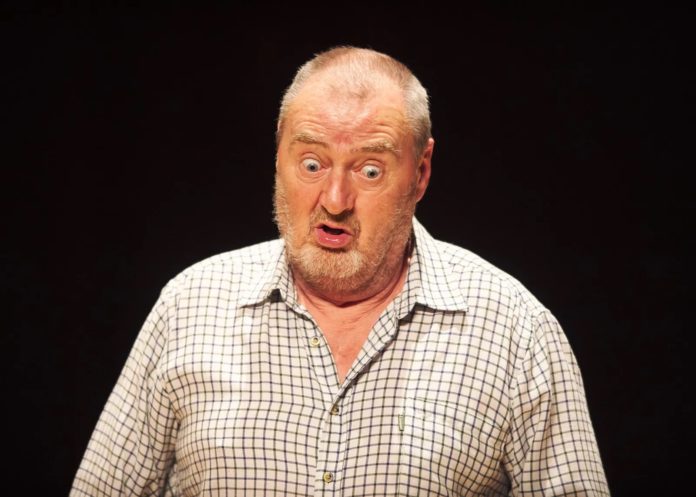 Jon Kenny, one of the nations most beloved funny men and one half of the legendary comic duo – D’Unbelievables takes to the stage at Saint George’s Arts and Heritage Centre, Mitchelstown with his newest comedic show – ‘Stories and Tales of D’unexpected’. Culture Nights takes place this year on September 23rd.

This side-splitting show was first performed at the Arts Centre in Birr on July 30th, the Listowel Show was described by audiences as ‘perfect… I haven’t laughed so hard in a long time’. And what else would you expect from Kenny? The show was created from Jon’s memoir which he began to work on during lockdown.

“There are two sides to every story or in my case two voices in the one head” Comic sketches and stories (voice one) are paired off against the writings (second voice) … in this hilarious madcap journey only stopping off for a quick rendition of one of his “greatest hits” – definitely in his head.

Join one of Ireland’s greatest liars who believes that if it wasn’t for his strict catholic upbringing he would never have gotten into comedy. “Venial sins were a great thing as you could make up as many mad stories as you liked, lie till you were blue in the face, let the creative mind run wild then wipe the slate clean once a week in confession.

“Between the church and British rule, all decent Irish men and women were gifted with not being able to tell the truth to save their lives. For that we must be forever grateful and for our lovely gift of storytelling”.

As with all Culture Night Events running in County Cork and throughout Ireland, events are free, however the free tickets to the Jon Kenny show must be booked through www.eventbrite.ie to avoid disappointment as the show is expected to sell out.  Doors will open at 7.30, show 8pm, patrons are reminded that they can bring their own beverages to further enjoy their Culture Night experience.

Saint George’s Arts and Heritage Centre wishes to acknowledge the financial support for this event from The Department of Tourism, Culture, Arts, Gaeltacht, Sport and Media and Cork County Council, which is proud to support high quality work by the professional performing arts sector.