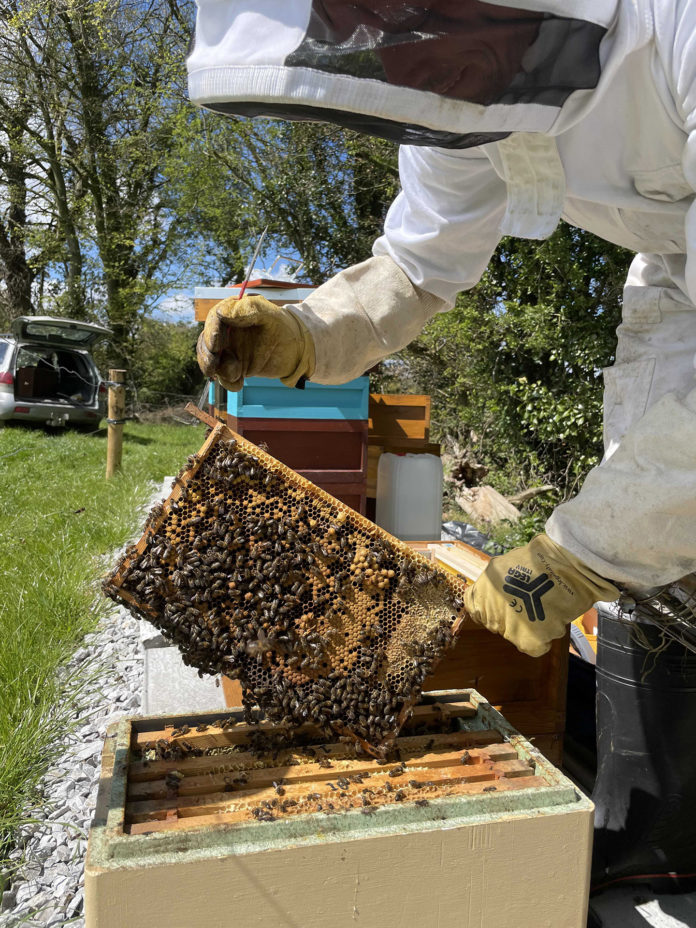 A dedicated website (www.worldbeeday.org) was then set up with the purpose to present the initiatives and its implementation, to raise awareness of the importance of bees and beekeeping, to inform the public of major beekeeping events around the world and to help celebrate the Bees.

Why we all need bees to survive

Bees and other pollinators, such as butterflies, moths, fruit bats and hummingbirds, are increasingly under threat from human activities. Pollination is, however, a fundamental process for the survival of our ecosystems. Nearly 90% of the world’s wild flowering plant species depend, entirely, or at least in part, on animal pollination, along with more than 75% of the world’s food crops and 35% of global agricultural land.

Not only do pollinators contribute directly to food security, but they are key to conserving biodiversity. To raise awareness of the importance of pollinators, the threats they face and their contribution to sustainable development, the UN designated May 20th as World Bee Day.

The goal is to strengthen measures aimed at protecting bees and other pollinators, which would significantly contribute to solving problems related to the global food supply and eliminate hunger in developing countries.

Bees have become increasingly endangered of late, which has been confirmed by the recent reports by world-renowned organisations (a United Nations’ report, a report of the International Union for the Conservation of Nature (IUCN), a report issued by the non-governmental environmental organisation Greenpeace).

The 2015 IUCN report, which contains the first comprehensive assessment of the European bee species, stated that nearly 10% of bees are facing extinction, and around 5% of them are probably endangered, while no data is available for nearly 57% of species.

The number of pollinators are in decline around the world, whilst the need for pollination is on the rise, especially in developing countries. In some parts, this situation has become known as “the pollinator crisis”.

State of bees around the world

A mass disappearance of bees occurred in California in 2004. Since then, the US beekeepers have been facing great losses of bees over winter, which causes enormous economic damage. Bee losses in the USA amounted to 33% in 2017. Bee losses have also occurred in Europe as well.

There are great differences in terms of individual countries and individual over-wintering of bee colonies, with 12% of bee colonies perishing on average in 2016. We have seen the same thing happening here too in in Ireland. Longer winters, colder springs and an interrupted summer along with the increased threat of global warming are all playing a role in colony losses.

Not only do the bees face threats from climate change but they also are still threatened by the Varroa Destructor, a mite which has severely impacted bee colonies across the globe and which originated in Asia.

Now, due to Brexit, there is the new threat face the honeybees and that of the ‘Hive Beetle’ which, if allowed into this country will decimate our honeybee colonies and leave our Native Irish honeybees in an even more endangered state.

In 2020, Blackwater Honey was launched in Fermoy. They are a family run, mainly hobbyist beekeeping business consisting of two brothers, Andrew & John Shinnick. You could say beekeeping is in their DNA as they are now, the third generation of Shinnicks to take up art of beekeeping, something which their uncles Dan & Andy passed on to them when they were younger.

Andrew stated: “unlike a lot of our competitors, we do not sell ‘Blended Honey’, nor do we import honey which has a detrimental effect on the environment leading to an increased carbon footprint. One also cannot guarantee what one is getting when you buy most shop bought honeys.”

He stated that: “a recent survey in 2019 in the UK found that all of the shop stocked honey in a major chain store wasn’t honey at all. In fact, it was a blend of syrups and other sweeteners. The consumer is being ripped off and sold ‘Fake Honey’ basically.

“We go to great efforts to ensure that we create a natural product as possible, and which therefore commends a premium price due to the work and effort that our bees go to in order to make our honey.”

The unique selling point of their business is that they breed the Native Irish Honeybee – Apis Mellifera Mellifera (AMM). A honeybee which is native to both Ireland and indeed many parts of Western Europe. Their aim also is to produce a honey which is 100% natural.

Their ‘Raw Honey,’ the term which is used for honey that is ‘cold filtered’ and poured straight from the comb and into the honey jar, produces a more natural honey which consumers love due to its own distinctive taste, colour and honey flavour. They ensure that the honey we sell, is a 100% natural product and which captures what the bees and nature intended and created.

“Honey also has many other uses like in the olden days where honey was used for wound care and is continued to be used in hospitals today for many burn treatments. Other exciting products can be made from the bees like that of beeswax candles and beeswax polish etc.

“Some new and exciting developments are focusing also on bee venom as a possible cure for some forms of breast cancers and is also being used in the make-up industry for anti-wrinkle treatments in some facial creams.”

As part of their small but growing honey business, Blackwater Honey also offer ‘Hive Adoptions for both individuals, businesses and corporations & schools who have a moral responsibility for biodiversity, health and well-being for our futures. They offer an effective solution for delivering some of these responsibilities by providing a specific solution to help reverse the decline of one of our most important pollinators, honeybees.

“Businesses can also use our scheme as a contributor to their own carbon offsetting goals. Many local businesses like those of Duntahane Veterinary Clinic, Heron Café, Hanna’s Food Market, Mike Walsh’s Pharmacy, The Blossom Tree, Berminghams Gift Gallery, Jump Juice, Little Acorns Garden School along with Stryker in Carrigtwohill, have all recently adopted hives from us.’

We hope that other local businesses will come onboard with our ‘Adopt a Hive’ scheme to help reverse the decline of our bees and in return, you’ll get some delicious tasting honey.

For more information on what they do, to buy their honey or indeed support their work in saving the Native Irish honeybee by adopting a hive, then visit their website www.blackwaterhoney.ie or their Instagram page @blackwater_honey