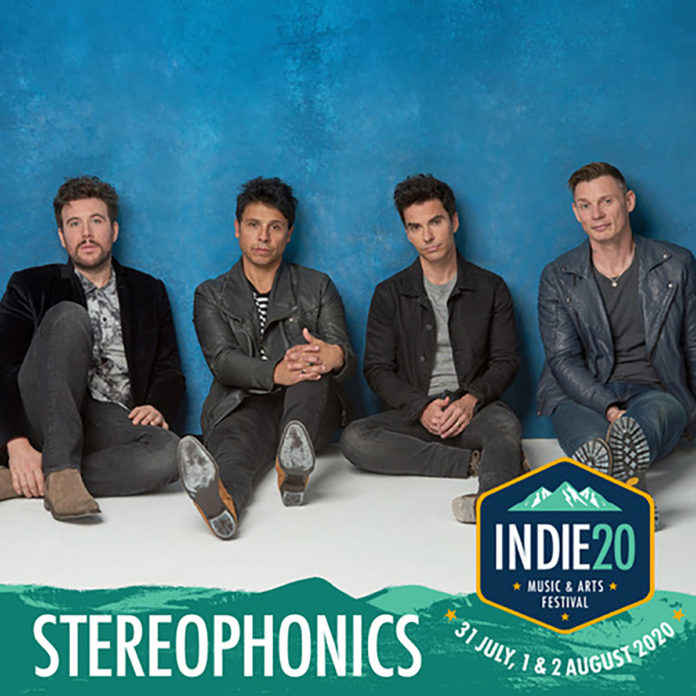 The multi-award winning and multi-platinum Stereophonics have joined Sigrid and The Streets as the headliners for INDIE20. Stereophonics followed up six UK Number One album with their seventh Number One this October with the release of Kind and return to Ireland having previously headlined Slane and Oxegen.

Stereophonics come to INDIE20 armed with a huge array of hit singles including ‘Dakota’, ‘Mr Writer’, ‘Have a Nice Day’ and ‘I Wanna Get Lost With You’, and are a band that INDIE is delighted to welcome to Deer Farm for the first time.

Complementing them and what is shaping up to be INDIE’s biggest ever bill to date are; The Hunna, Ryan McMullan, The Amazons, Biig Piig, Aimee, Joel Corry, Regard, Riton, The Scratch, Moncrieff, Kawala, The Sherlocks, Luz, Stephen James Smith and Alex Gough.

INDIE has grown into one of Ireland’s most successful and long-running festivals since it began life in Mitchelstown in 2006. Its move to the scenic Deer Farm just on the outskirts of the town in 2010 allowed INDIE to put itself onto the international map, attracting artists such as Manic Street Preachers, Public Enemy, Basement Jaxx, De La Soul, Tom Odell, Editors, The Dandy Warhols and much more over the years.

INDIE has also been synonymous with providing a stage for the best upcoming Irish acts and has seen the likes of Kodaline, Walking On Cars, Picture This and more perform some of their first festival shows at INDIE, as well as monstrous performances from The Coronas and Hozier over the years. Breakthrough acts such as Bastille have also returned to INDIE several years later following huge international success.

INDIE20 will be a strictly over-18s event and will see the addition of the new GREEN Campsite in an effort to manage the festival space better and improve the experience for all.

Admission to the GREEN Campsite can be obtained after buying a standard weekend ticket and then contacting Pamper the Camper or Festi-Huts (contact details on the festival website).

This will provide access to the GREEN Campsite and to the VIP Bar in the Main Arena. Tickets available for INDIE20 at tickets.ie

Keep an eye on INDIE social media channels for updates and go to www.indiependencefestival.com for further information on the festival.