Home All Opinions My Own Sell medieval misogyny someplace else, Dr Selim, we’re all stocked up here 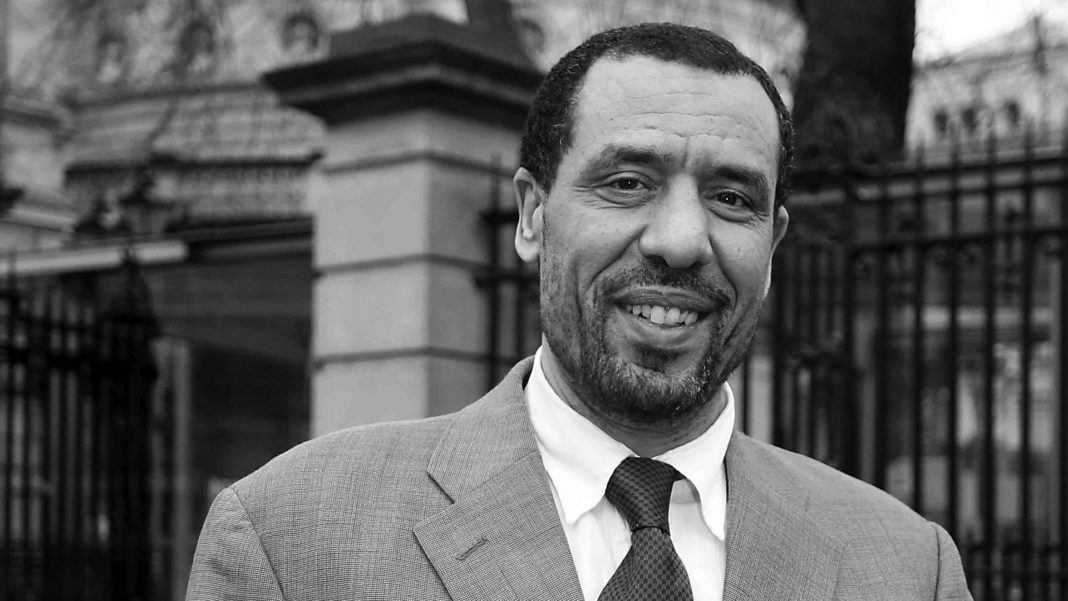 As Pat Kenny said in his introduction, “Dr Ali Selim of the Islamic Cultural Centre in Clonskeagh made the headlines last week when on RTÉ’s Prime Time he appeared to advocate for female circumcision in certain circumstances. Female circumcision – which is called female genital mutilation by the medical community – is a widely-condemned practice, which the WHO (World Health Organisation) says has no health benefits whatsoever and only harms millions of girls and women around the world.”

Dr Selim, spokesman for the Clonskeagh imam, Sheikh Hussein Halawa, has received widespread criticism for his comments, as Kenny noted, from doctors, from other Islamic leaders, from his own students and many more. Kenny put it to Selim that he now claims to have been misrepresented.

“And then the term ‘circumcision’ came up, which I misunderstood. And because of that, well then I said circumcision is something else, so we can’t just ban that…”

Dr Selim then said that before going on Prime Time, he looked up circumcision.

Kenny then told Selim The Pat Kenny Show had been advised by doctors that labiaplasty is a cosmetic procedure, and only in the rarest of circumstances a medical procedure, and “never to be recommended for anyone under 14, and much of the genital mutilation around the world is practised on young girls.”

Selim responded that he is a theologian and not a medical doctor. “I was out of my comfort zone… Somebody took advantage of my misunderstanding of the term.”

That seems like a dig at Prime Time’s David McCullagh, so it’s worth looking at McCullagh’s introduction to Selim’s appearance, in which he actually read to Selim the definition of female genital mutilation.

“Tuesday was International Day of Zero Tolerance for Female Genital Mutilation,” said McCullagh, “which is defined as the partial or total destruction of female genitalia for non-medical reasons. It’s usually justified on cultural or religious grounds, and there are an estimated two hundred million women and girls worldwide, including almost 6,000 in Ireland, who have been subjected to it.”

In Pat Kenny’s studio, it didn’t take Ali Selim long to identify the real villain here. The media. Only three journalists had asked him for clarification, he complained.

On Twitter, the journalist Philip Nolan said, “Ali Selim conveniently blames the media. He said what he said, and now he’s rowing backward so fast he’d beat the O’Donovans.”

“I don’t know what I’m talking about,” he seems to be saying, “but hear me out.”

If this sort of the-dog-ate-my-homework guff inclines you toward granting Selim a fool’s pardon, it’s worth reading Catherine Reilly’s report in Metro Éireann in December 2010, when Selim opposed Ireland’s FGM ban.

“The Islamic Cultural Centre of Ireland (ICCI) has back-tracked on its previously stated position on female genital mutilation but is still sanctioning a milder form,” the report reads.

“Last May, ICCI spokesperson Ali Selim told Metro Éireann that it was ‘optional’ in Islam for a woman to have ‘a bit’ of her clitoris removed, once deemed safe by a medical professional. The cutting ‘should not be too much’, he said.

“However, Selim has since offered a revised position, saying the ICCI only mandates the optional removal of the clitoral hood known as the prepuce.”

I’m not calling Dr Selim a liar, but not being a theologian, I find it difficult to reconcile his complicated relationship with the truth when it comes to his knowledge of female genital mutilation.

Has Dr Selim suffered some form of amnesia in the past eight years? Or is this the media’s fault too? Is this all an unfortunate misunderstanding, like that time in 2006 when Selim denies he called for Sharia Law in Ireland?

Or in 2014, when Selim called for “a revolution in inclusivity” in Irish schools, calling for separate PE facilities for Muslim girls, and criticising sexual education programmes, as well as music and drama classes? Then Selim claimed what he said was only “meant to open a discussion”.

Prof Chris Fitzpatrick, Consultant Obstetrician and Gynaecologist at the Coombe Women and Infants Hospital, Dublin, told the Medical Independent, “Female genital mutilation is a crime against young girls and women. There are no health benefits — just misery, suffering and ill-health for millions. It is a criminal offence for a doctor to perform FGM.”

Shaykh Umar al-Qadri, head imam of the Islamic Centre of Ireland, and chair of the Irish Muslim Peace and Integration Council, says “female genital mutilation has no place in Islam”. Last week al-Qadri issued a fatwa – a religious opinion by an Islamic scholar – against female genital mutilation, calling “on all Muslims to speak against this practice, stop it if they are aware of its occurrence, and report any knowledge of it to the authorities”.

Shaykh al-Qadri has asked Dr Selim and the Islamic Cultural Centre of Ireland to either support his fatwa or to issue their own fatwa condemning female genital mutilation. At the time of going to press, neither the ICCI nor Dr Selim had responded.

Female genital mutilation is a barbaric practice which is founded on an absolute hatred of girls and women, and it is has no place in our Republic.

It is to be hoped that Ireland is a welcoming home for people of all faiths and none, but this country wasted too many years and ruined too many lives in its slavish devotion to a harsh, authoritarian and misogynistic interpretation of one religion. We cannot allow Ireland to fall under the thrall of another in its place.

To paraphrase Jack Nicholson in the film ‘As Good As It Gets’, sell medieval misogyny someplace else, Dr Selim, we’re all stocked up here.