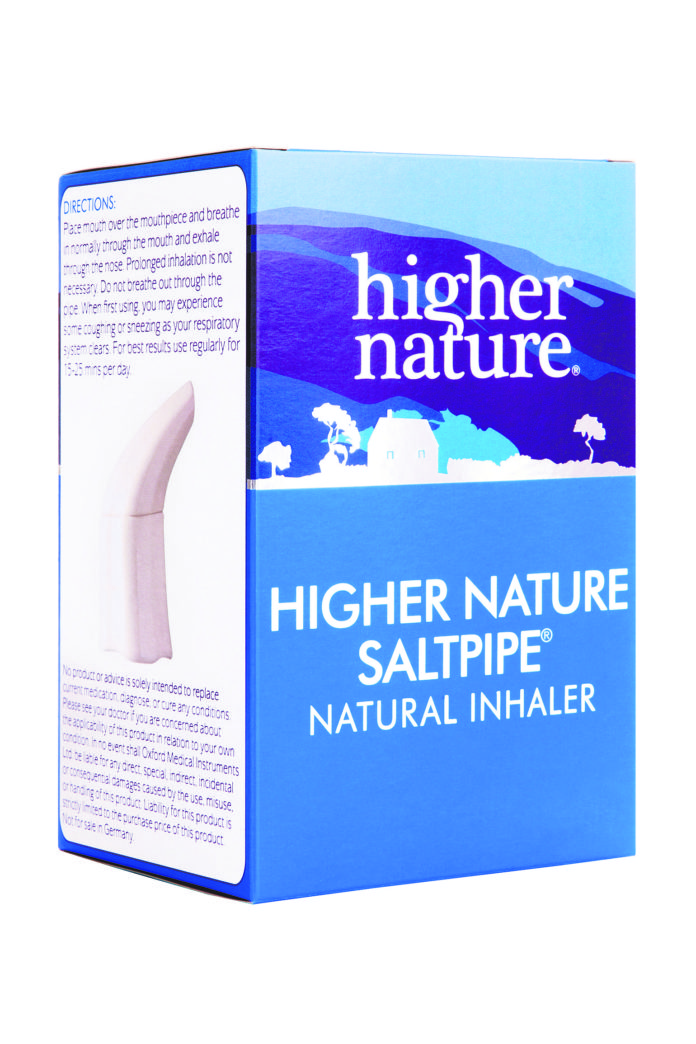 As every January brings a renewed focus on taking steps towards a healthier year than the previous one, consider the following:

Salt therapy is the practise of breathing in salty air for therapeutic reasons. The Higher Nature Saltpipe™ is a registered medical device – a high quality, porcelain inhaler that brings the benefits of salt mine therapy to your home.

It contains natural salt crystals from the Transylvanian Praid Salt Mine in Romania and helps to ease symptoms of respiratory system disorders such as asthma and general breathing problems including bronchitis, hay fever and smoking related ailments.

Clinical tests have proven that the effects of The Higher Nature Saltpipe™ work almost immediately with many people experiencing significant improvements in forced expectoration volume after regular use.

Allergy Specialist, Dr. Zoltan Ronai, tested the Higher Nature Saltpipe™ on 50 people over three weeks Results: 73.9% of the subjects who usually experienced breathing problems during the day claimed there was a vast improvement.

65.2% of those with chronic coughs indicated that they felt much better after two weeks.

65.4% of the test subjects who coughed at night reported a significant improvement