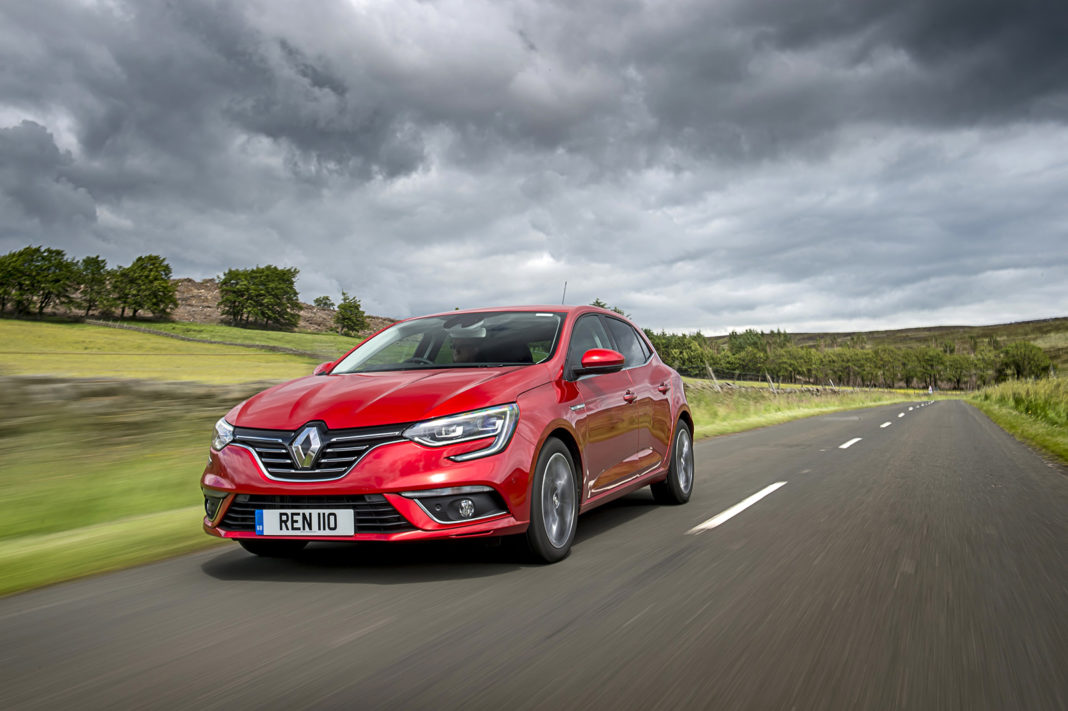 Last week I drove the GT-line version of the Renault Megane. I thought it looked great, but some family members were initially not really keen, they didn’t like the ‘lip’ in the passenger seat and thought that space was a bit tight in the front. No complaints from the back seat passengers.

While I appreciated their comments I think I know what the problem was. For the past four of five weeks I have been driving big SUVs and this was the first family saloon that I drove in a while.

However, we got through the week together and gradually the family members began to appreciate what is a truly elegant hatchback the Megane is.

The only problem I had with the driver’s seat was that it was pushed so tight to the divider unit between the two front seat passengers, there was no room to squeeze in a magazine or newspaper, which I often do in when driving cars.

The Renault Megane has been around since 1995 and initially it was a replacement for the Renault 19. This is the fourth generation and Renault is hoping to get some conquest sales from Golf and Focus owners with this classy hatchback. It shares the same platform as the Renault Kadjar.

With LED daytime running lights, the car is striking to look at by day or at night time. When the new version of the Megane was launched a few years back most people agreed that the LED lights seemed to accentuate the width of the car.

This time round the colour of my of the GT-Line test car was flame red and together with those California 18-inch alloys, it certainly stood out from ‘the crowd’ in the various shopping centre car parks that I had to visit!

Inside there are some nice touches of blue and together with white lines on the seats they combine to brighten the decor.

At first glance the infotainment screen on the dash is a bit daunting and it definitely takes a bit of getting used to. But once you familiarise yourself with the layout, you will be fine.

I thought it was a lovely car to drive and travel in, proof of how much Renault cars have improved in recent years. There are no longer any electrical problems and Renault residuals have really improved.

Nowadays with Renault cars you don’t get an ignition key, just a fob about the size of a modern mobile phone. Once the fob is your pocket or in the case of a woman, in her purse, the car unlocks once you approach the car and then when leaving the car it locks automatically as your walk away. Brilliant.

There is a new Megane due next year and if you do some ‘googling’ you will see pictures of the next version undergoing hot weather testing in southern Spain.

It looks like the most significant changes over the current model will at the front and will include new headlights with a new LED signature, a refreshed grille and a redesigned bumper. And there are slight changes at the back also.