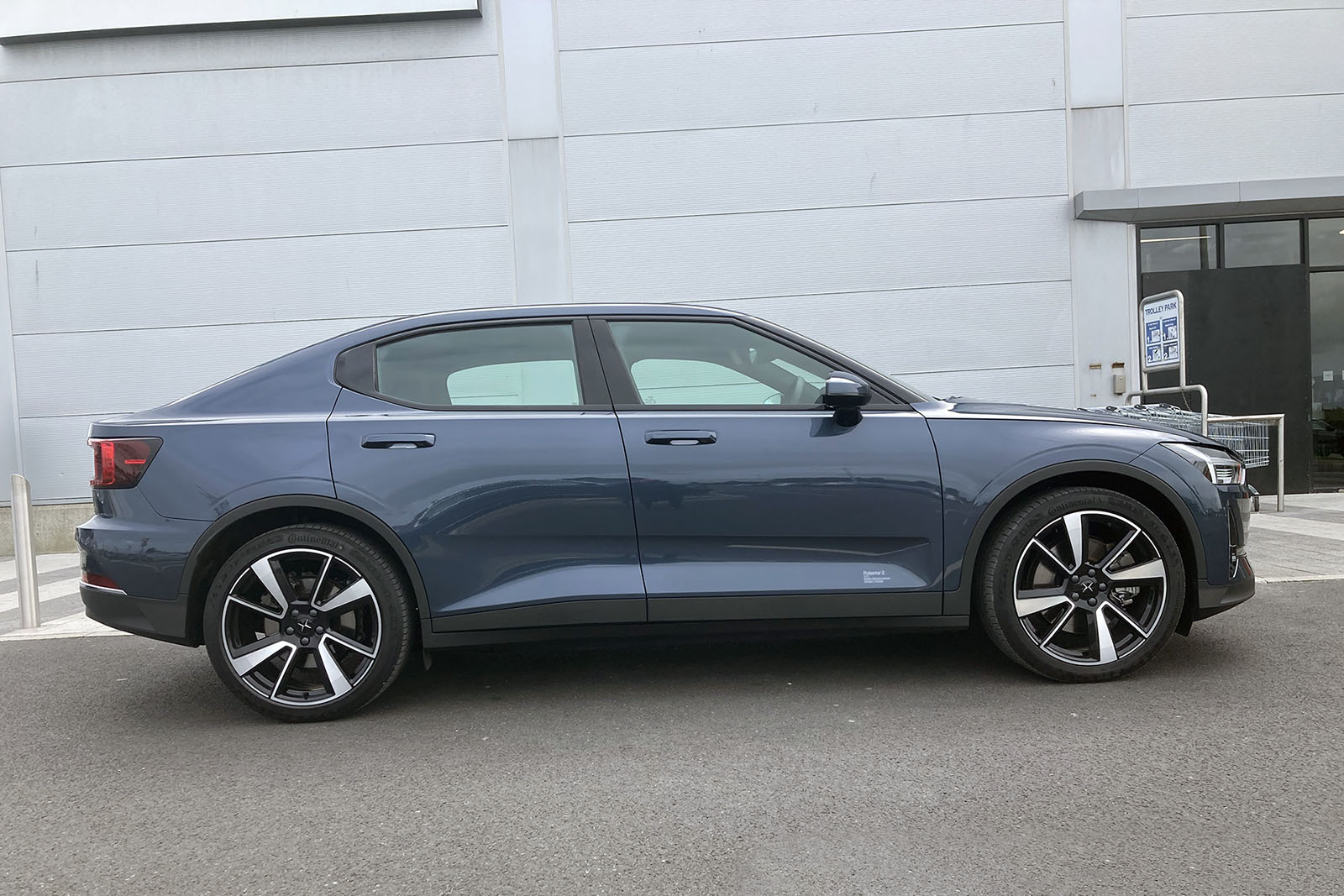 Polestar, who are the ‘new kids on the block’ with fully electric cars, are the first car company in Ireland to sell their cars exclusively on-line. The Swedish company was launched in 2017, but they are recent arrivals to the Irish market.

Kieran Campbell, the Polestar MD in Ireland, says that from November they plan to have a temporary office near Spirit Motors in the Sandyford Industrial Estate in South Dublin.

The Polestar 3 will be launched on-line on October 12, but last week I had my first week-long drive in the Polestar 2.

I picked up the test car from the Automotive Team in Sandyford, who valet and charge the cars every Monday morning. The fully-charged battery said the range was 440km and I was very happy with that.

My test car came in a very attractive shade of midnight blue. At first glance, the logo on the bonnet reminded me of the St Brigid’s Cross that RTE television used to use back in the sixties.

This is no retro logo, but the Polestar logo and it’s also used on the boot door and inside on the steering wheel and just under the gear lever.

The dash is dominated by a neat tablet-like screen where you have all your infotainment controls.

The seats were dark and overall the interior is fairly dark as the dominant colour was Charcoal WeaveTech. There is a glass roof which certainly adds a lot of light. The weather wasn’t too sunny last week, but I wonder would you need to wear Factor 50 suncream in the summer?

There is no stop-start button, you simply drive off once the key is in the car or in your pocket. And it’s a very smooth drive.

The boot is huge, but no spare wheel is provided. However, there is a very deep well, that should be able to hold a spare wheel, if required. Talking of wheels, those fitted were 20” 4-V spoke Black Diamond Cut.

Kieran Campbell says that Polestar intend to have some more promotional events around the country in the coming months for the Polestar 3. They had a display in Mahon earlier this year and they will be back in Cork again at some date in the future.

After the Polestar 3, the company has big plans for 2023 and by the end of next year they are planning to have their cars on sale in 30 markets worldwide. On the way is an electric SUV and a four-door GT version.

It’s going to be interesting to see how this buying on-line idea works out. Most of the younger generation have no worries about buying items on-line. My daughter buys lots of clothes on-line and returns half of them; you cannot do that with an electric car.

I haven’t heard Ryan Tubridy mention the ‘Snowflake’ generation lately, but I know that most young people are not interested in doing  old-fashioned things like buying a daily newspaper. I may be too old, but no matter what age, I think people would like to have a proper test drive before buying a new car on-line.

I enjoyed my time in the Polestar 2. Full details from: www.polestar.com/ie