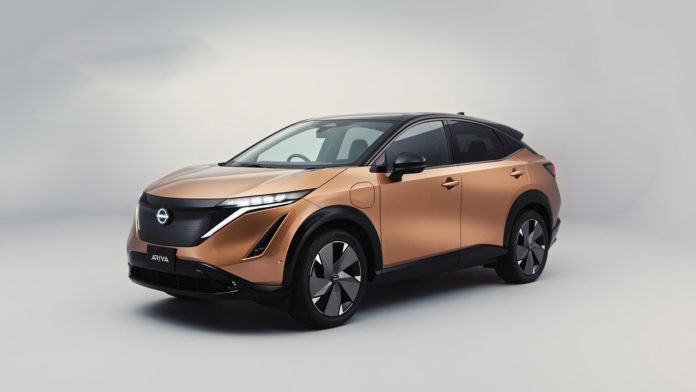 With most electric cars, when you turn on the air conditioning, you will see your estimated range drop alarmingly. If you don’t leave the A/C on for very long the range will quickly revert to something like it was previously.

I drove the new Nissan Ariya electric car the week before Christmas, surely the coldest week in 2022. I needed the hot air in the mornings to clear the windscreen, after first pouring some lukewarm water on the windscreen.

Well, I was pleasantly surprised to find that anytime I used the air conditioning to heat up the interior of the car or windscreen, it didn’t affect my range.

Nissan were the first car company to produce an affordable electric car but the range in the Leaf was poor. However, I have seen some Leaf cars still being used as taxis in Dublin City. Now Nissan are in with the big hitters in the electric car sector and their Ariya will be competing with the likes of the Hyundai Ioniq5, Kia EV6, Volkswagen ID.5 and the Skoda Enya.

It’s a truly massive car with lots of extra leg space available for front seat passengers. At times I felt like Nissan could have put in a bench seat in the front, it was that spacious. Fiat did that a few years back, but it wasn’t popular. There is also plenty of leg and head room for three well-built adults in the back seat. Nissan refer to their Ariya as a coupe-crossover, and the body of the car certainly has a futuristic look to it.

Also for front seat passengers there is a sliding divider which also acts as an arm rest. The boot is huge, but sadly as is common with all electric cars, no spare wheel is provided.

Inside, the dash is dominated by an easy-to-use infotainment screen. And, while I liked the old-style button for the radio volume control, the touch-sensitive buttons with haptic feedback on the dash for the A/C controls took a bit of getting used to.

The Ariya is the most technically advanced Nissan to date and the company say it has been specially designed to meet the needs of tech-savvy customers. I was just happy that my iPhone worked. Seriously the most innovative item was the rear-view mirror where you get a brilliant view of who is driving behind you thanks to a rear-view camera. You can almost see the whites of the drivers’ eyes, it’s that good.

Journalists always tend to get top of the range models and my Evolve model had lots of extras, like panoramic roof, Bose stereo, a heads-up display in the driver’s line of vision and ambient lighting.

The two questions I always get asked when driving an electric car is the price and the range. Prices start just a €5 short of €49k, while as usual the range will depend on the battery size.

With a 63kWh battery you should get up to 403 kilometres and with an 87kWh battery the range should be around 530 kilometres. The key phrase is ‘up to.’ I drove the  Evolve model with 87kWh battery and found that initially my range was guided by the previous tester’s ‘hard driving.’ Obviously that will not happen if you are buying a new car.

Seamus Morgan Nissan MD for Ireland said at launch of Ariya: “The pricing that we have achieved is extremely competitive for a car of this quality. This is the EV customers have been waiting for and our pricing and grade options allow them to make the switch to electric driving without compromise.”

Prices start at €48,995, then it will depend on the battery size and model you opt for and don’t forget there is no Government grant for electric cars priced over €50k. Road tax is €120. It’s a lovely quiet motor with a high driving position.

January 29, 2023 0
The new Nissan Qashqai has been declared the UK’s most reliable car after a survey of 50,000 consumers. The Qashqai emerged as the clear...